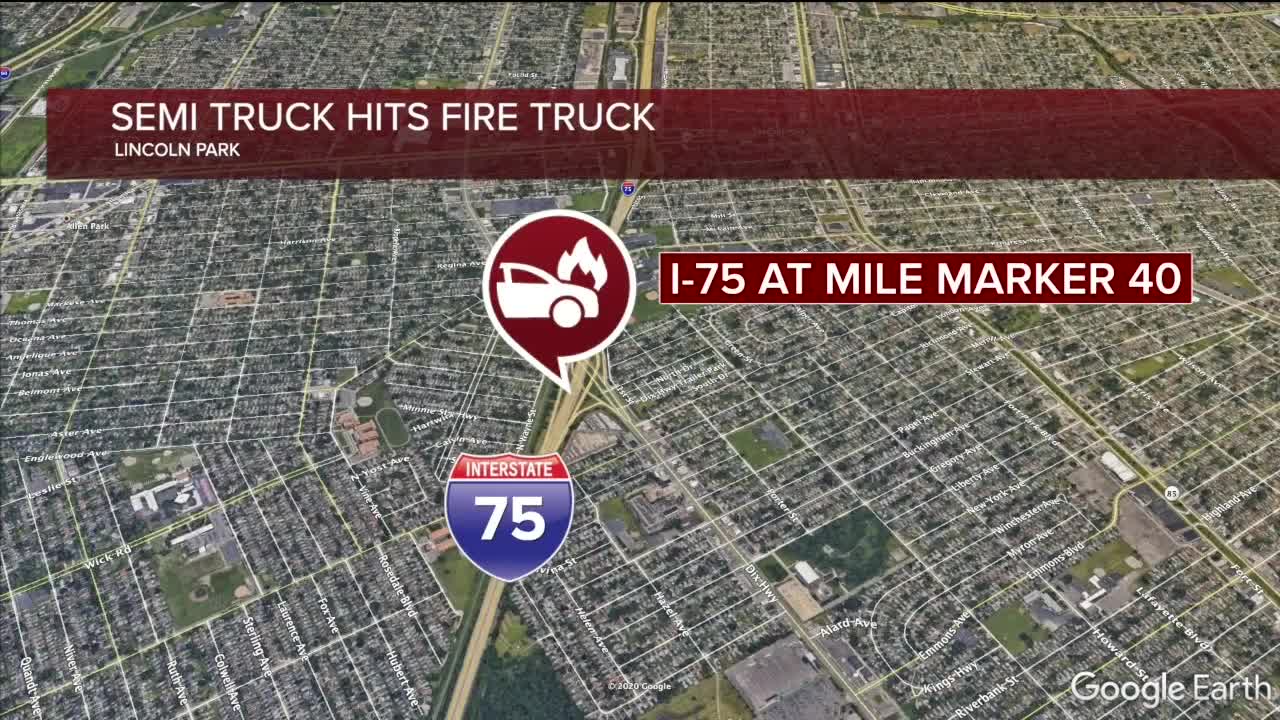 Two Lincoln Park firefighters have been injured in an accident involving a semi-truck on I-75.

LINCOLN PARK, Mich. (WXYZ) — Two Lincoln Park firefighters have been injured in an accident involving a semi-truck on I-75 Friday.

Assist to Lincoln Park Police: A MSP traffic crash reconstructionist is heading to assist LPPD with a Semi truck that struck a f ire truck on NB I-75 and mile marker 40 in Lincoln Park due to a critical injury to a fire fighter and a second firefighter with serious injuries. pic.twitter.com/eaVbL1HRug

As of Saturday morning, the driving firefighter was released from the hospital following treatment. The other injured firefighter
was in stable condition Friday night but does have injuries requiring him to remain in hospital, according to Lincoln Park Fire Captain Scott Lewis.

"There is a history in that area. It's a blind spot, it's an unsafe area. There are a high number of accidents in that area," said Lewis.

According to the captain, the crew arrived at a jack-knifed semi and car accident. An engine was sent to block the scene. The crew had only been at the scene for about two minutes. After stepping out of the engine, the injured firefighter returned to it to grab a mask. Capt. Lewis tells 7 Action News the impact happened as the firefighter was retrieving an N95 mask.

There's no word yet on the condition of the semi-truck driver.