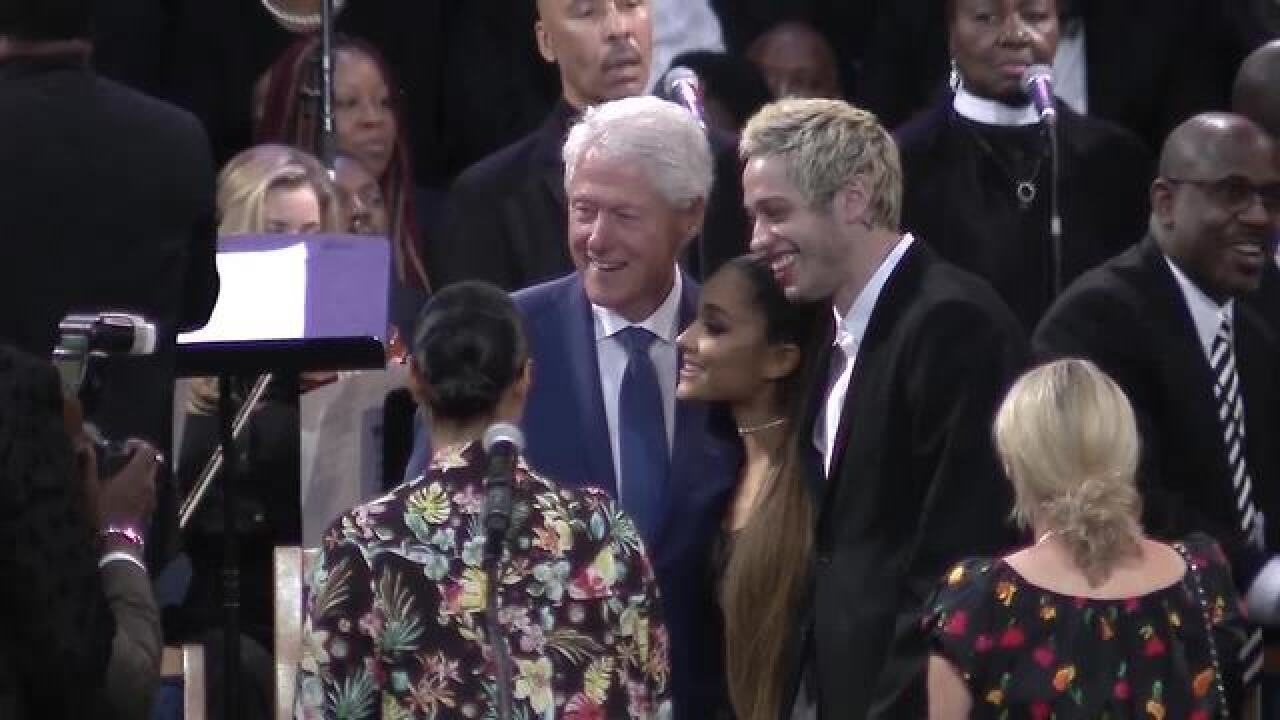 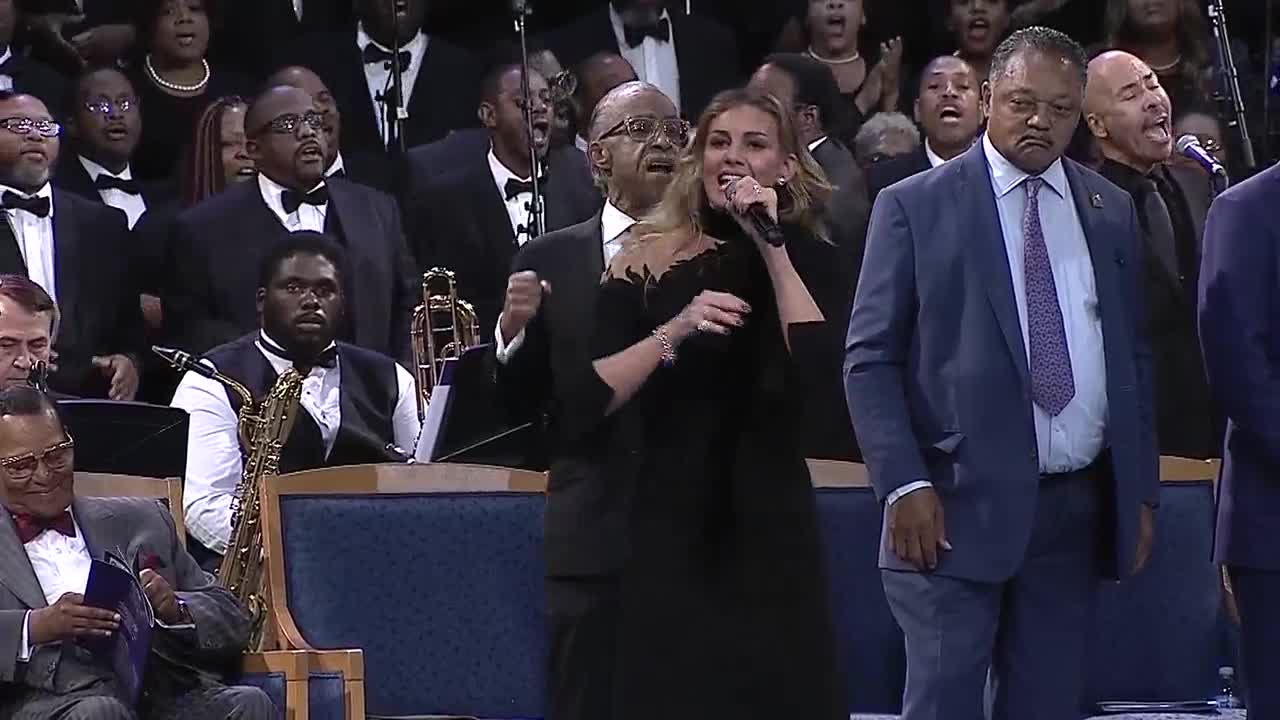 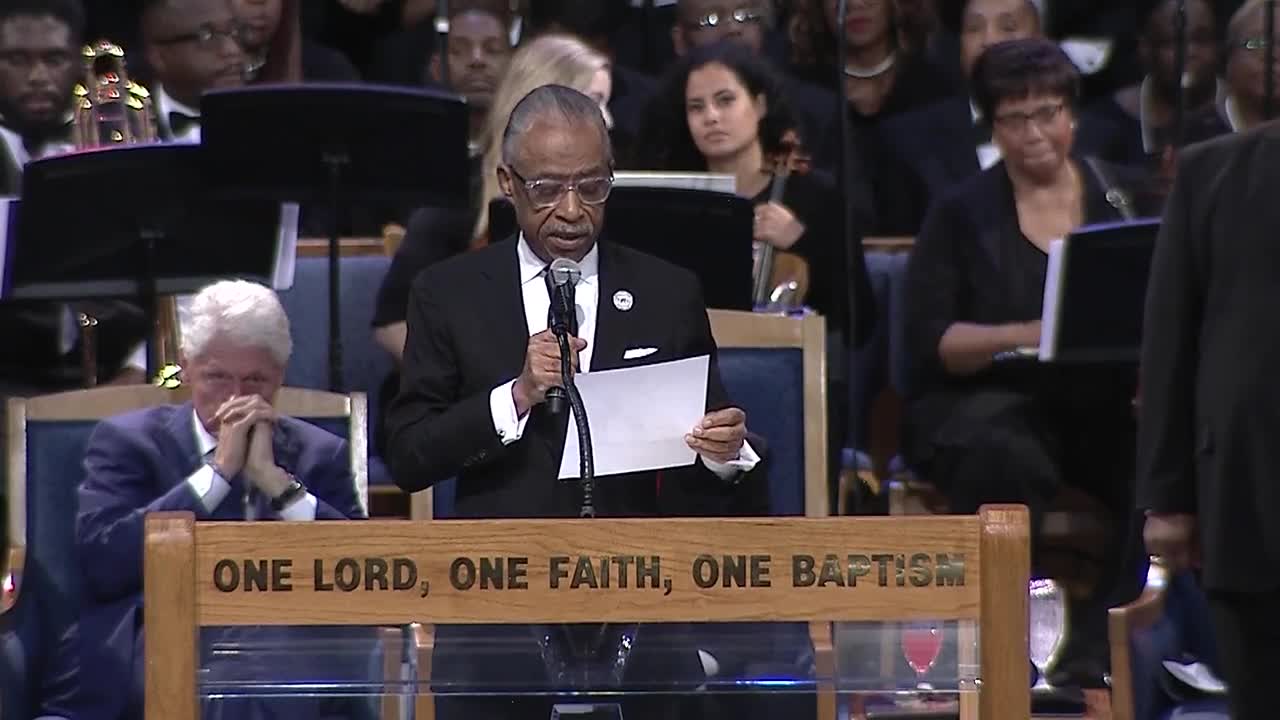 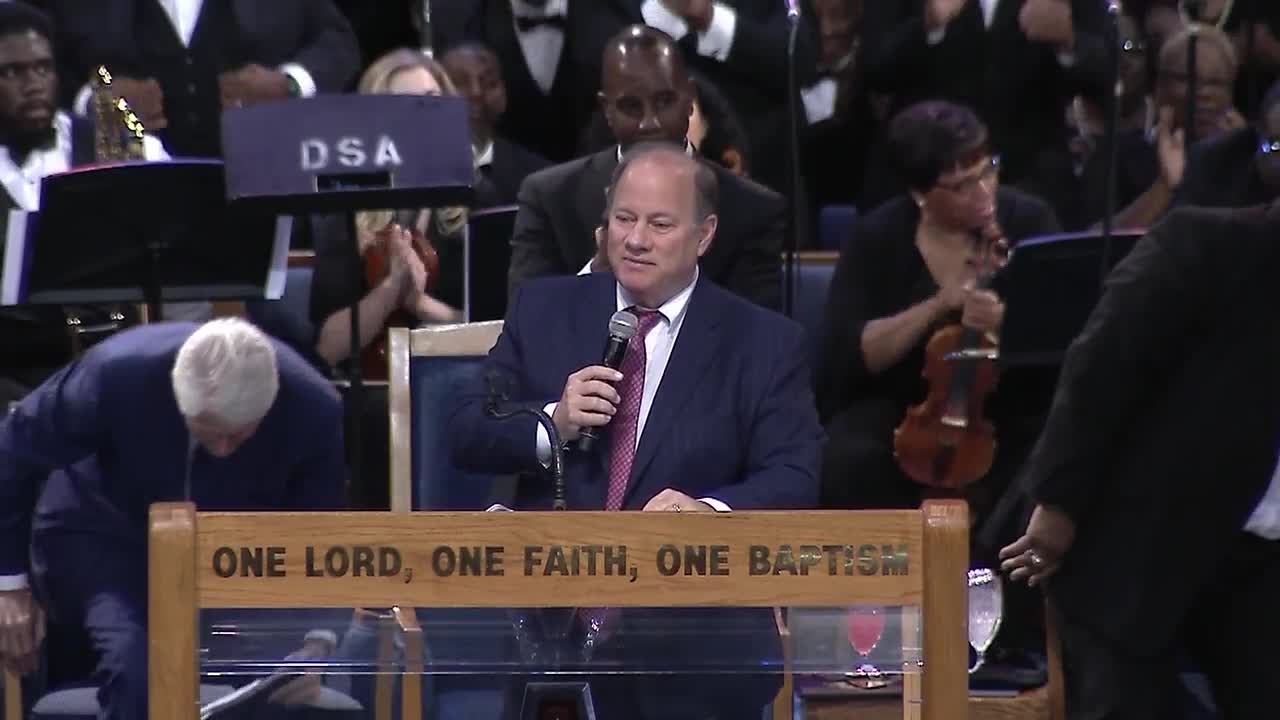 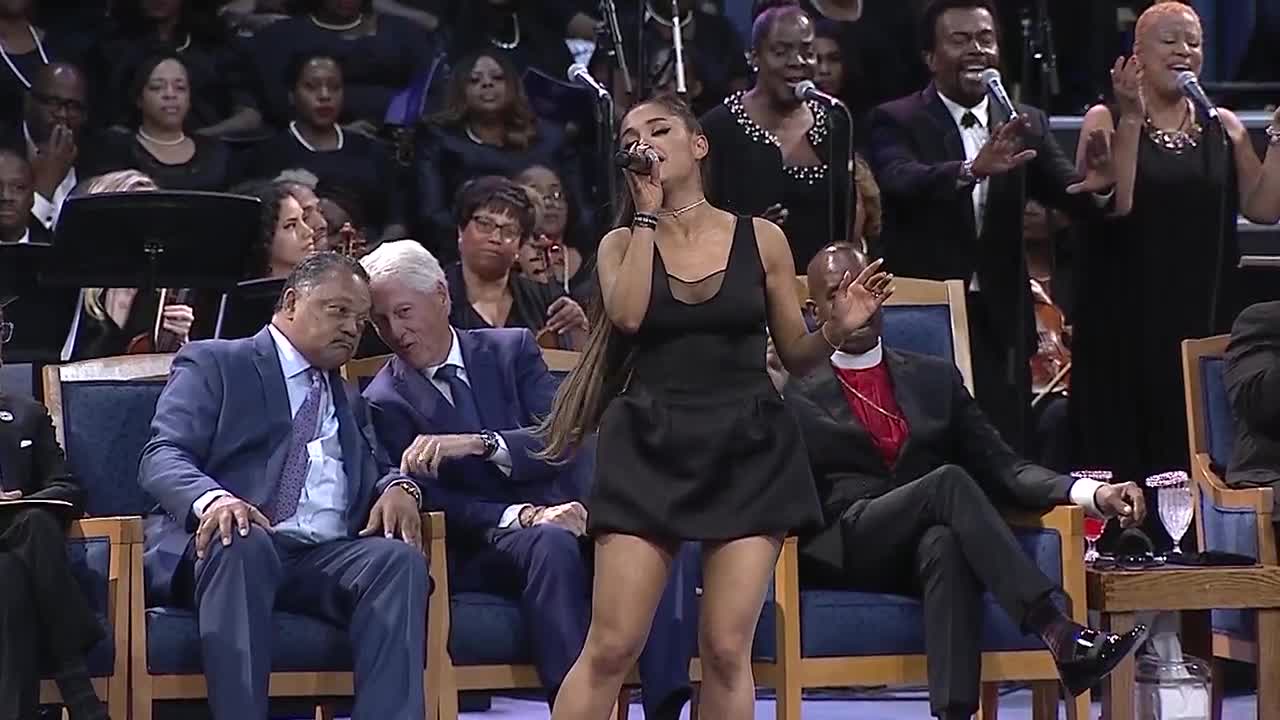 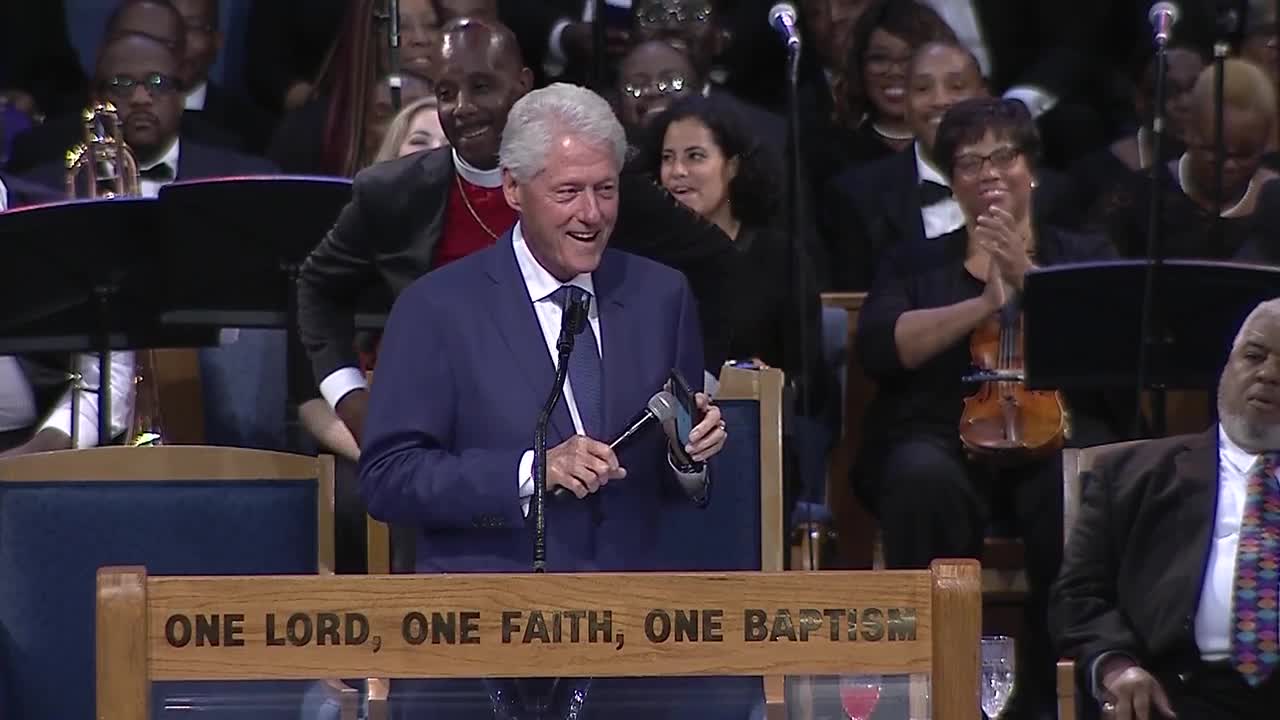 The Queen of Soul's funeral is underway at Greater Grace Temple on Friday morning in her hometown of Detroit.

We've got highlights and special tributes.

The church's choir sang Franklin's "Say a Little Prayer" and her version of "Bridge Over Troubled Water" as mourners arrived. When the diva's family arrived, the song was "You Are The Source of My Strength."

They filed past and paid their respects at Franklin's open casket, where they saw her wearing a sparkling full-length gold dress with sequined heels — her fourth and final outfit of the week.

Many in the pews ignored repeated calls of no phones permitted to take selfies with former President Bill Clinton and Hillary Rodham Clinton as they filed in.