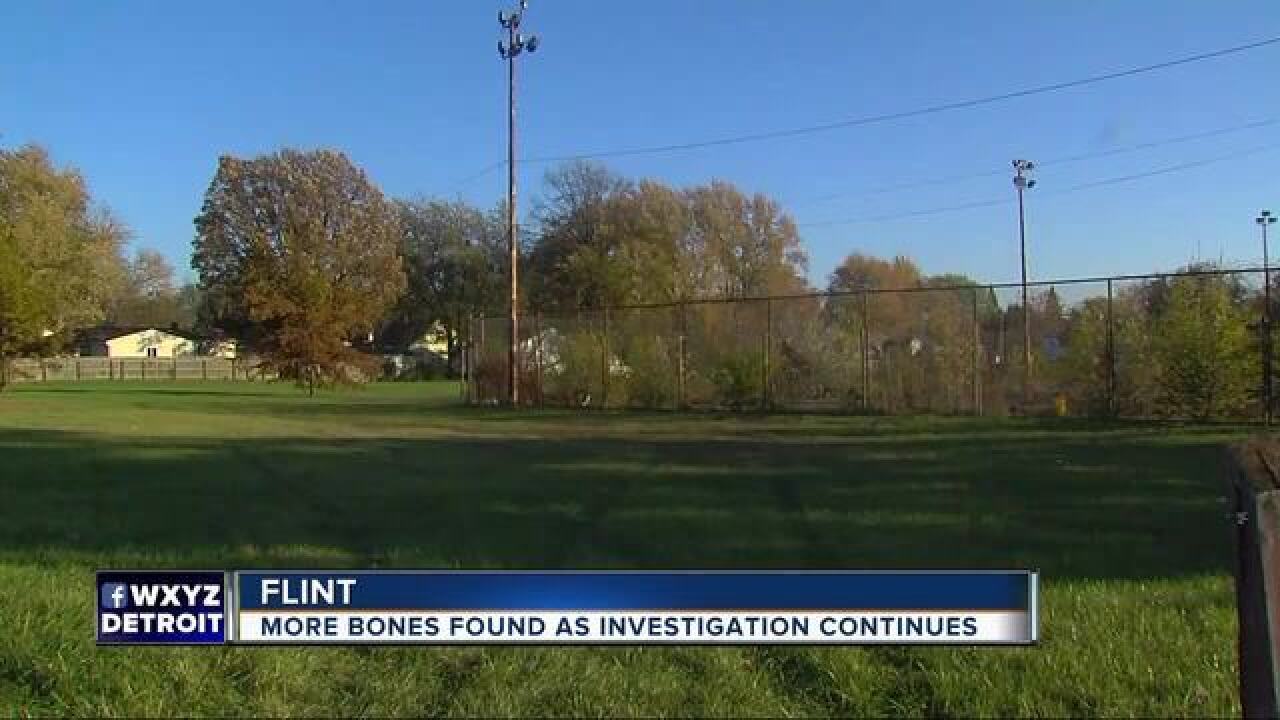 Michigan State Police, the Flint Police Department and the FBI are investigating after human remains were found at Broome Park in Flint, according to police officials.

Sources say the bones are of two prostitutes who have been missing for some time.

A man walking his dog in the park reportedly found two human skulls - one in the parking lot and another in a field near a baseball diamond.

The search also found some bones of dogs in the park.