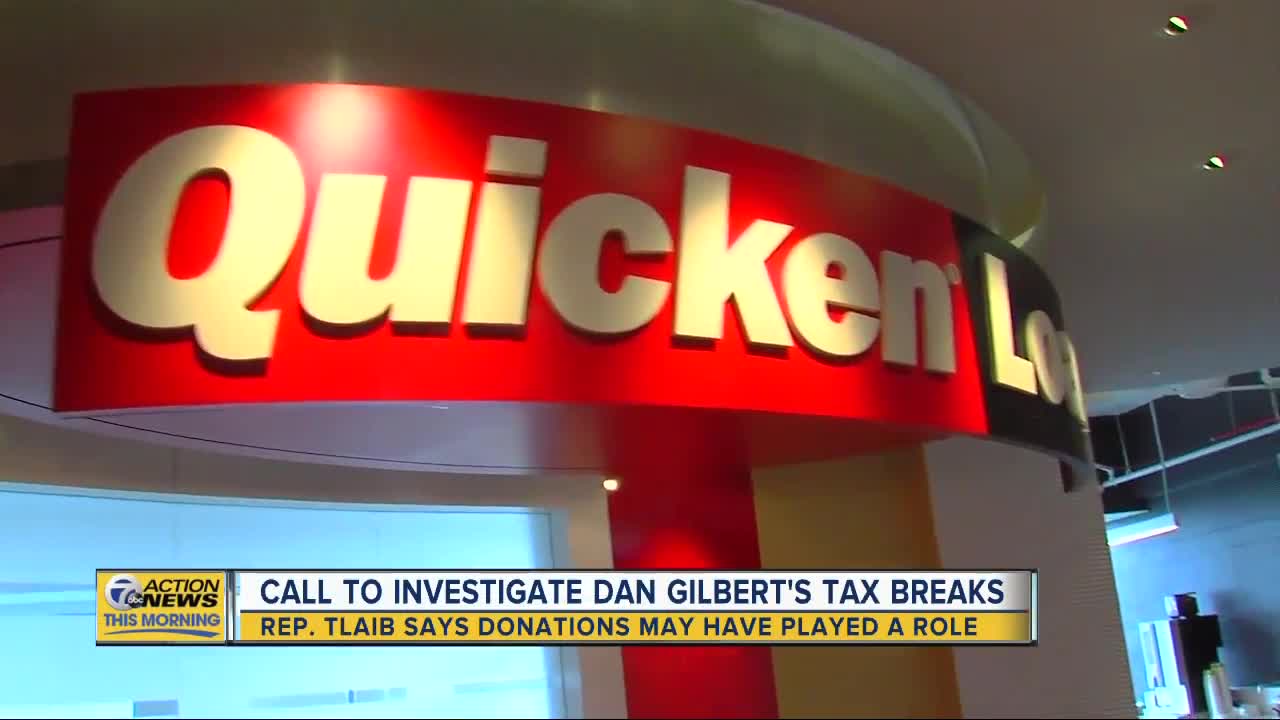 (WXYZ) — Congresswoman Rashida Tlaib is calling for an investigation into tax breaks given to Detroit businessman Dan Gilbert.

Tlaib says the breaks were linked to opportunity zones, aimed to boost development in under-privileged areas.

Tlaib sent a letter to U.S. House Committee leaders, saying Gilbert unfairly his used political ties to get support. She is asking lawmakers for a hearing into whether campaign contributions influenced the opportunity zones – in her district and across the country.

She also referenced a report that says Gilbert's support for President Trump led to real estate Gilbert owns being selected as opportunity zones.

The Rock Ventures Family of companies denies the accusations and says they did not use any inappropriate influence.