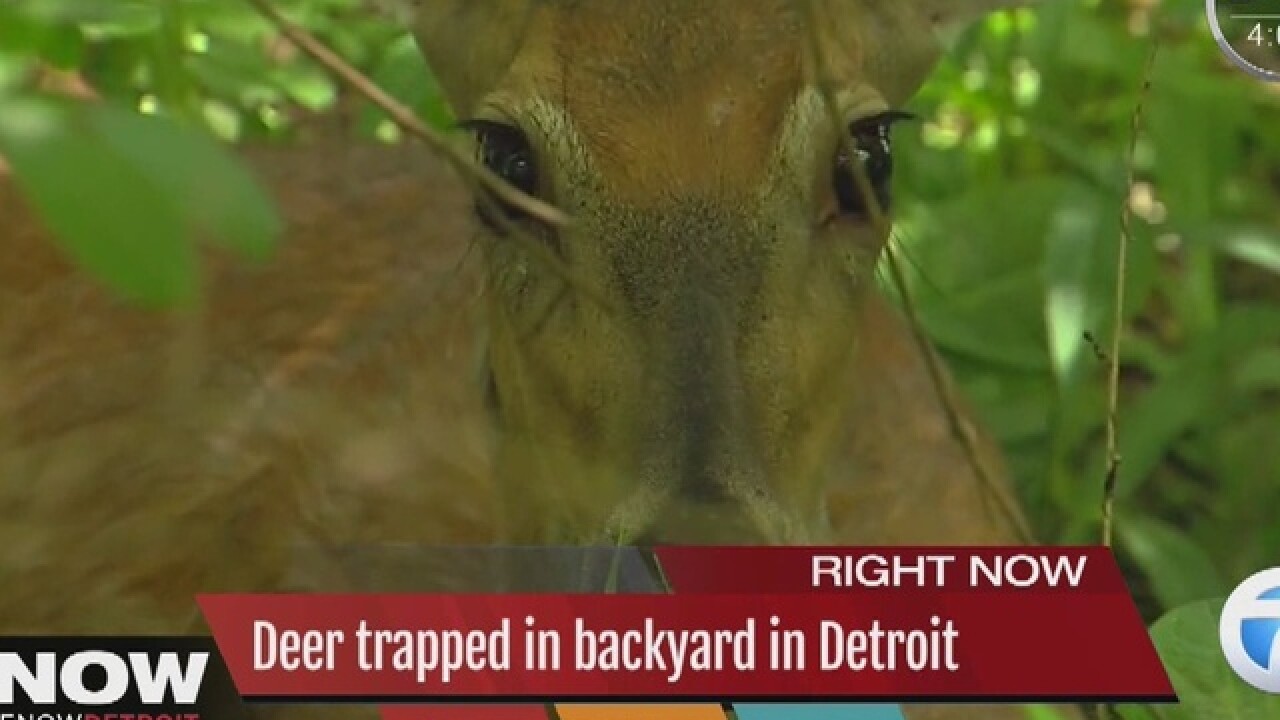 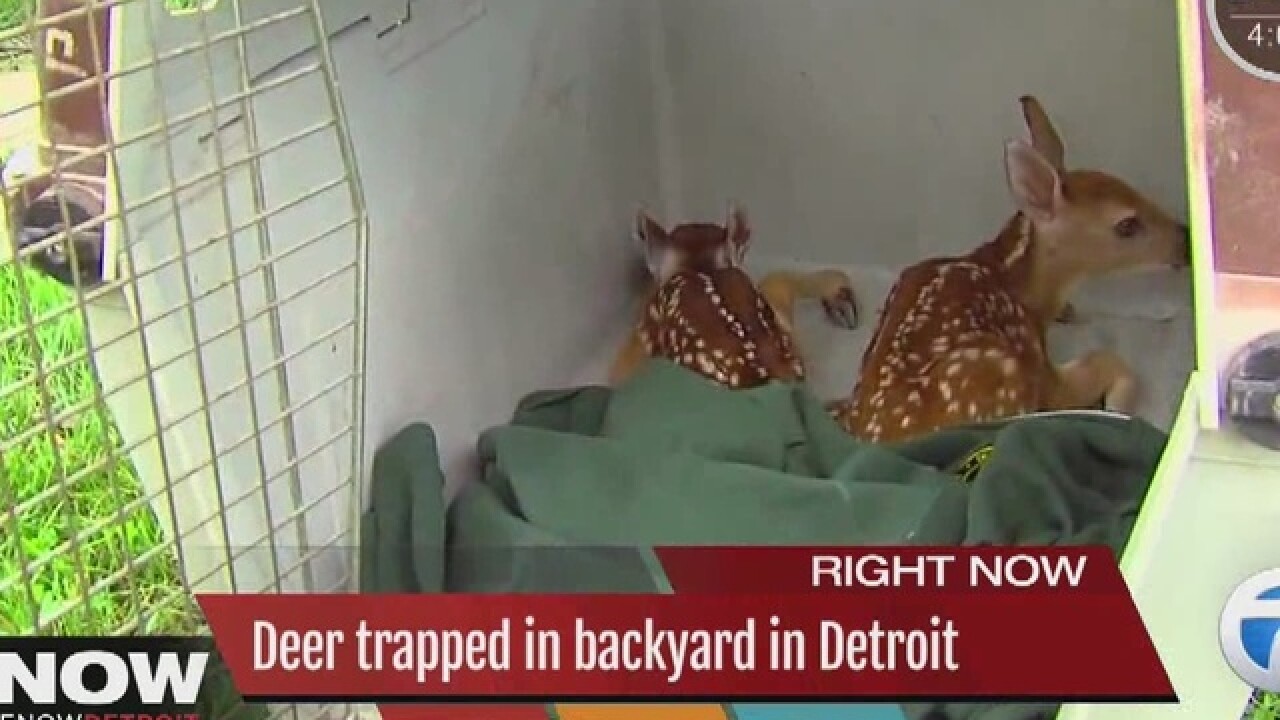 A mother deer, that recently gave birth to two fawns, collapsed behind a home just feet away from her babies.

It happened on the 9000 block of Pierson Street.

Conservation officers believed the mother may have been hit by a car or suffered another trauma because her legs were not working and she was bleeding.

The two baby deer couldn't move closer to her even though they are just feet apart.

According to neighbors, who've noticed the deer behind a home, the two fawns hadn't nursed from her for several hours.

Wildlife biologists do not believe the mother could survive because the extent of her injuries.

Neighbors have been watching the situation closely.

They called animal control and other departments and they called 7 Action News.

Percy Nell, a neighbor, explained, "We were worried about the baby not being able to feed off the mother. The baby was born last night, so the mother was trying to get to the baby. We were concerned that either the deer was going to die back there or the baby was going to starve, so that's why we called Channel 7 News."

The two fawns were carried out and placed in a carrier.

Conservation officers plan on taking them to a rehabilitation specialist where they will be bottle fed.

Experts believe the babies are less than a week old.

The two fawns will be cared for until they are ready to be sent back in wild.