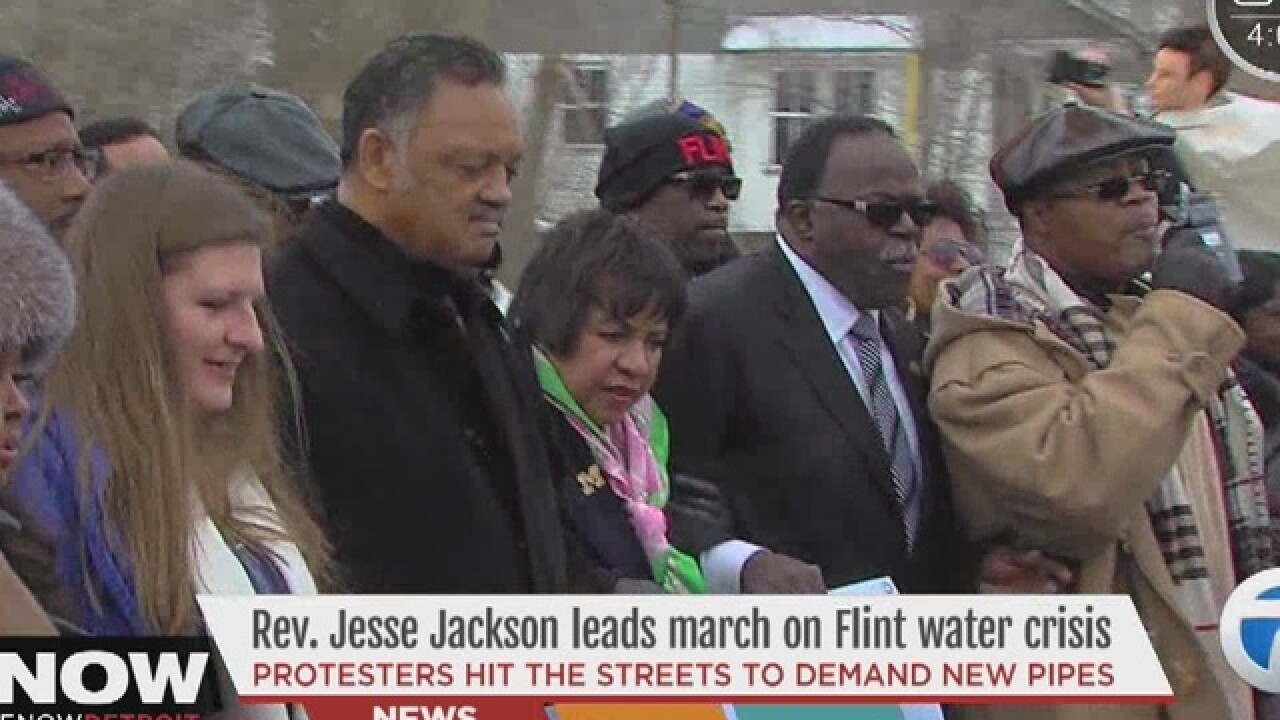 The Rev. Jesse Jackson was joined by TV's Judge Greg Mathis in a march through the streets of Flint, ending at the Flint water plant.

Hundreds joined the march, which was to bring attention to the water crisis there, and to put pressure on lawmakers to continue funding the recovery.

Residents are asking for new pipes and more state and federal aid, including the state surplus announced by the Governor.