Ride the Detroit People Mover for free on Thanksgiving Day 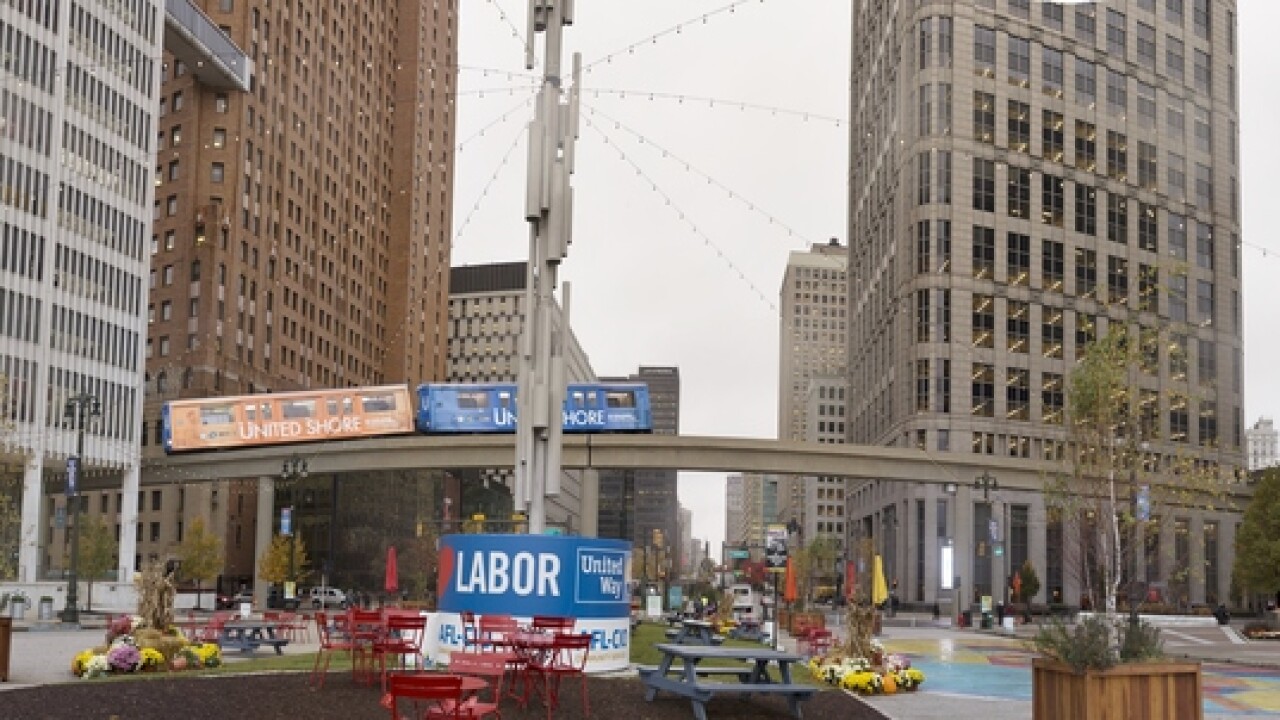 United Shore is covering all costs for Detroit People Mover riders from 6 a.m. to 7 p.m. on Thanksgiving Day, allowing downtown Detroit visitors to navigate the area for free as part of "Thanksgiving Free Fare Day."

“United Shore has a lot to be thankful for and we’re happy to pay it forward by offering free rides on the Detroit People Mover this Thanksgiving,” said Mat Ishbia, President and CEO of United Shore. “We’re a family company, and this was an opportunity to extend our community goodwill beyond Oakland County and into downtown Detroit, where so many great family traditions take place on Thanksgiving Day.”

More than one million people are expected to travel downtown for the parade, which starts at 9 a.m., and the Detroit Lions football game against the Chicago Bears at 12:30 p.m.

The closed DPM stations for the parade are Grand Circus Park, Broadway and Cadillac Center. These stations, as well as the Greektown station, are within walking distance to Ford Field.

The “Thanksgiving Free Fare Day” is part of a partnership between United Shore and DPM, as United Shore has also wrapped DPM trains with banner advertisements as part of a recruiting push.