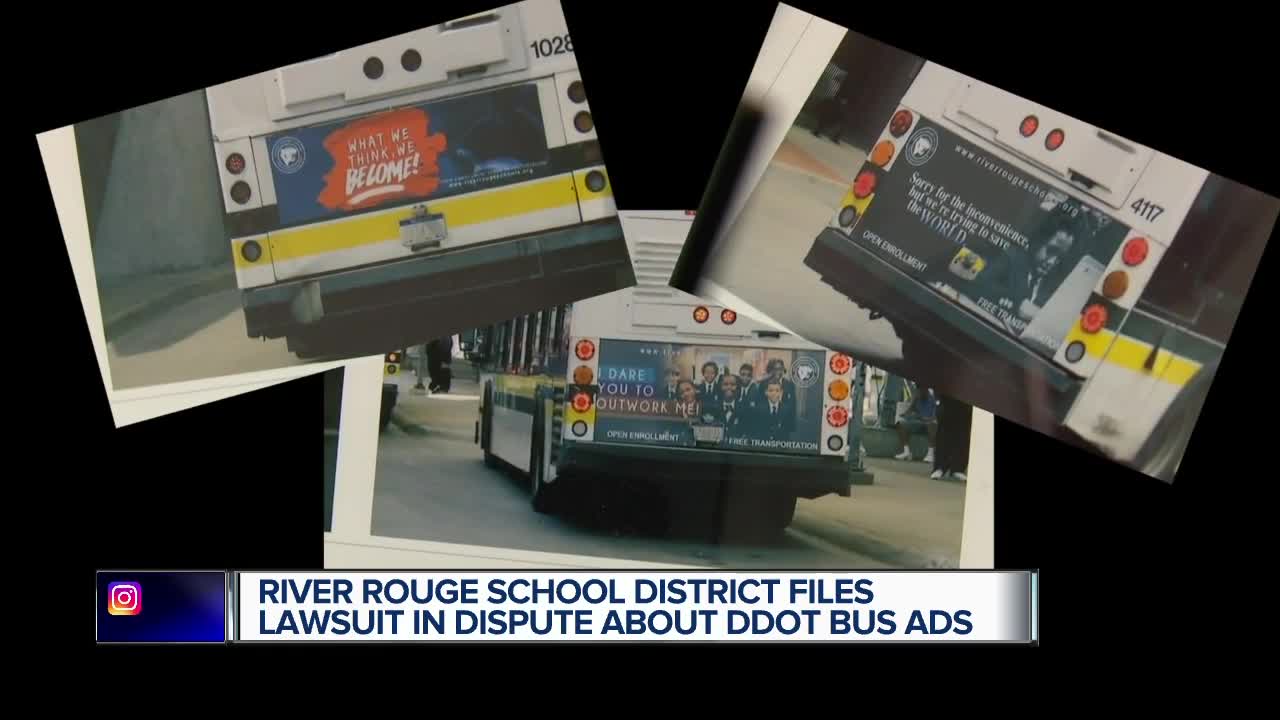 RIVER ROUGE, Mich. (WXYZ) — River Rouge School District has been advertising in the city of Detroit using billboards and DDOT buses for the past several years.

The school superintendent now says Mayor Mike Duggan pumped the breaks on the ads on the buses.

“We are not just going to stand there and allow anyone to bully us and tell us we can’t.”

Dr. Derrick Coleman has been the Superintendent of River Rouge Schools since 2012.

That’s also the year the schools started an ad campaign on DDOT buses and billboards in Detroit.

“We attracted families that are in desperate need of something different.”

He says it worked with enrollment going up by 120%.

In July, they were ready to roll out posters on DDOT buses after working with ad agency OUTFRONT Media.

“To find out on the eve of your campaign that something you have been planning for months is no longer going to happen.”

Why was it stopped? He says Mayor Mike Duggan wanted only Detroit Public Schools to advertise on DDOT buses.

“We have an email that had multiple recipients on it.”

He showed 7 Action News Reporter Syma Chowdhry an email from an account executive with OUTFRONT Media stating their team was told by a DDOT representative that the Detroit Mayor wanted to only run DPS ads on buses.

“We believe that it’s our first amendment right to be able to advertise.”

It’s no secret that more students in a district can lead to more funding for the schools.

The claims made in this complaint are utter nonsense. The Mayor never gave any such directive regarding River Rouge Schools or any other advertiser. It is curious that in the three months that have passed since this alleged incident, DDOT has not heard a word of complaint from the River Rouge School District until today.

The district continued their ad campaign on billboards and online, but Dr. Coleman says they are losing future students now that they can’t advertise on DDOT buses.

“We would like to be compensated for whatever the loss in enrollment and potential damages.”

We reached out to the mayor’s office but he is not making a statement about the lawsuit.

We were told the city told OUTFRONT Media in August they are ending their contract by the end of this year.

City officials also tell us they plan on no longer offering advertising opportunities on DDOT buses.