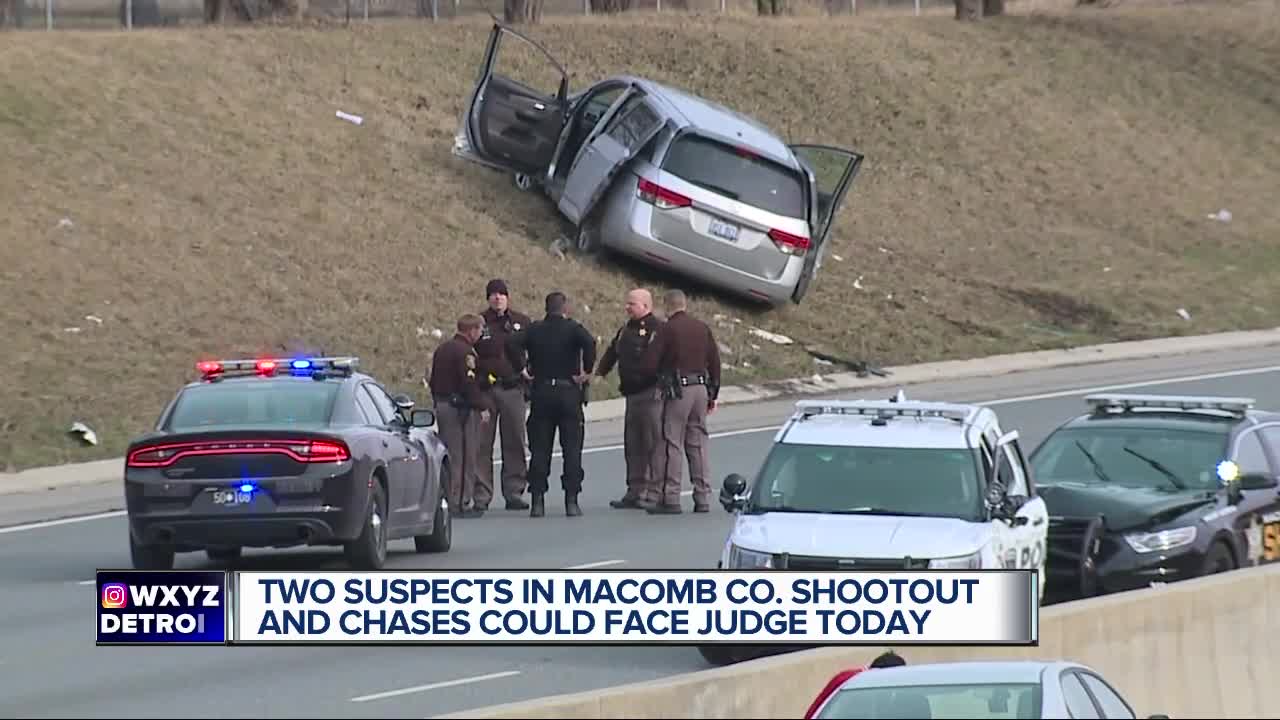 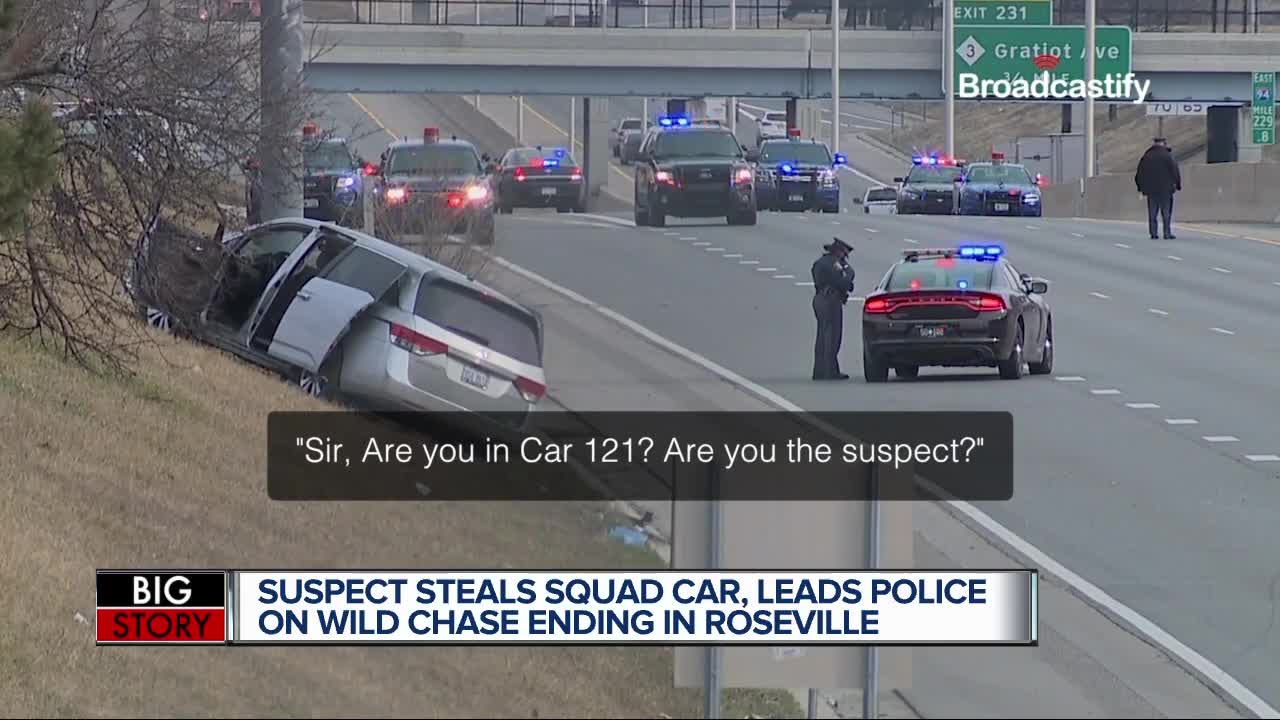 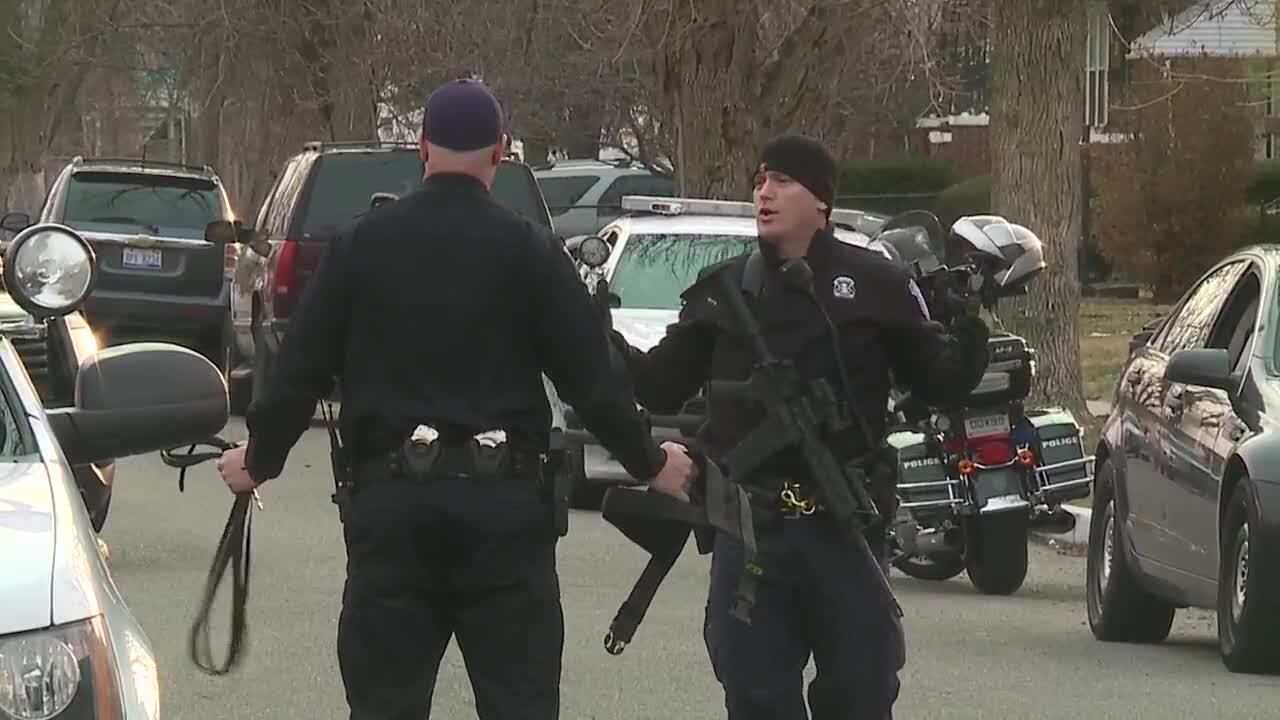 Police say it started about 7:15 a.m. when police received a call of shots fired between a Dodge Durango and Ford Fusion near Hall Rd. and M-53. Officers located the Durango and tried to stop the vehicle, but found that the Durango was chasing the fusion.

Officers continued the chase ad at one point, the Durango pulled over on the side street allowing officers to chase the Ford Fusion.

The suspect in the Ford Fusion took off on foot and was able to double-back on the officers who were following him. He then jumped into a Sterling Heights police vehicle that was left running and took off.

Police chased the stolen cruiser to I-94 and 12 Mile where there was a crash between a Macomb County Sheriff's Office patrol vehicle and the stolen vehicle. The suspect who stole the police vehicle was taken into custody.

Westbound I-94 at 12 Mile Road is back open following the crash and chase, police say.

Westbound I 94 is now open!! pic.twitter.com/QhNGm9sfHj

We'll have more on this story for you on 7 Action News, on WXYZ.com and in the WXYZ app throughout the day.

Watch an update from 7 Action News Reporter Ali Hoxie at the scene this morning.