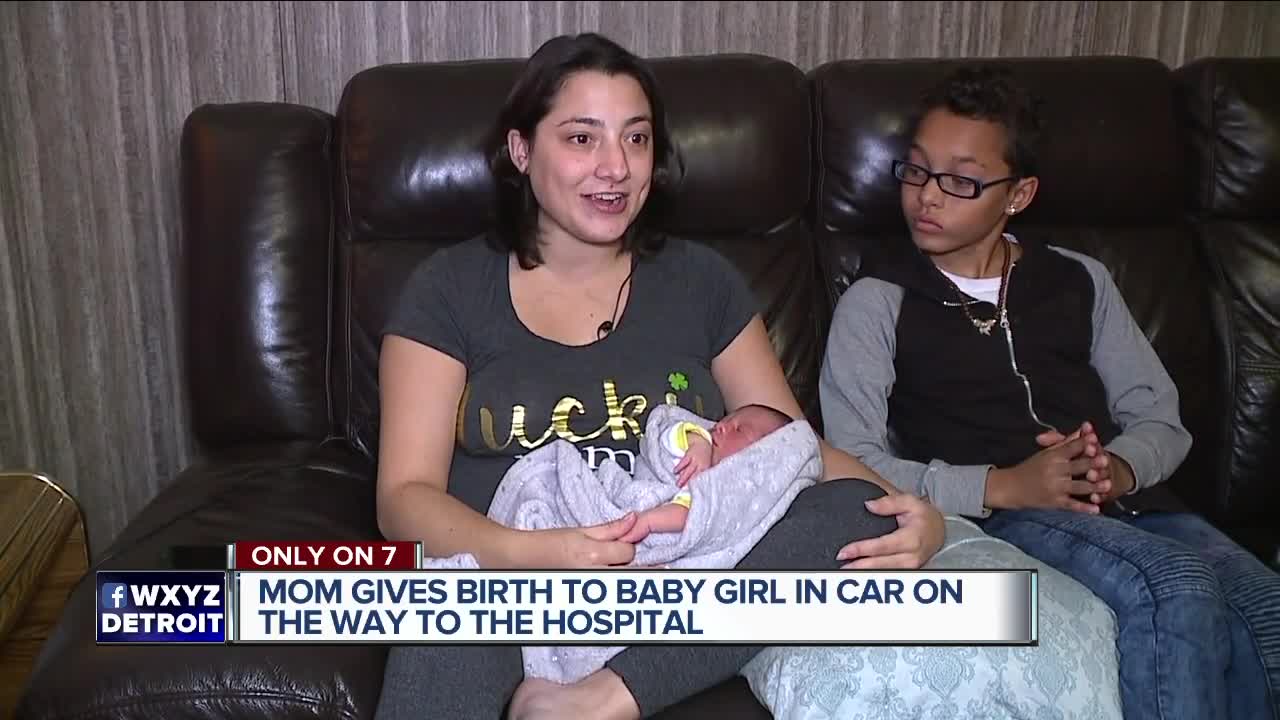 Tearah Kirkconnell weighed in at 6 pounds 5 ounces when she was born Monday afternoon.

(WXYZ) — Tearah Kirkconnell weighed in at 6 pounds 5 ounces when she was born Monday afternoon.

“I was screaming. My goodness, I can only imagine what the neighboring traffic was thinking," said Tearah's mom, Erica Deline.

Deline went to Oakwood Hospital earlier that day, but wasn’t dilated enough and told to head home. She was told she was having false labor pains.

Only a little while later Deline, who has two other children, knew it was time.

“I said we have to go now. Before we even got out of the driveway, I said we’re not going to make it to Oakwood," Deline said. "I said we’re going to have to go to Garden City.”

But before Deline and Tearah's dad, Tory Kirkconnell, could make it Garden City Hospital, the little one was ready to come.

“Her head was out," Deline told 7 Action News.

They’re calling her THE CAR BABY. Little Tearah was so excited to join the world, she surprised mom & dad with a delivery story they’ll NEVER forget @wxyzdetroit pic.twitter.com/u8oElyrr7e

The couple was stopped at a red light when Tearah came out.

Deline put the seat back, and started to push.

"I said babe, she’s coming. I could feel her head," Deline said.

Within minutes, Tearah was born. Deline delivered without any help, in the couple's front seat. But the hard part wasn't quite over.

“I had to unravel the umbilical from her arm, and pull the sack off her head," Deline told Action News. "I didn’t have any suction, so I figured I’ll burp her. Instinct definitely kicked in,"

Tory said by the time they arrived at the hospital, his baby daughter was wrapped in his sweatshirt, ready to meet hospital staff.

“About 12 doctors followed me outside and we were all just dumbfounded,” Tory said.

According to Deline, hospital staff hailed little Tearah as "car baby," a title that's sticking around their house.