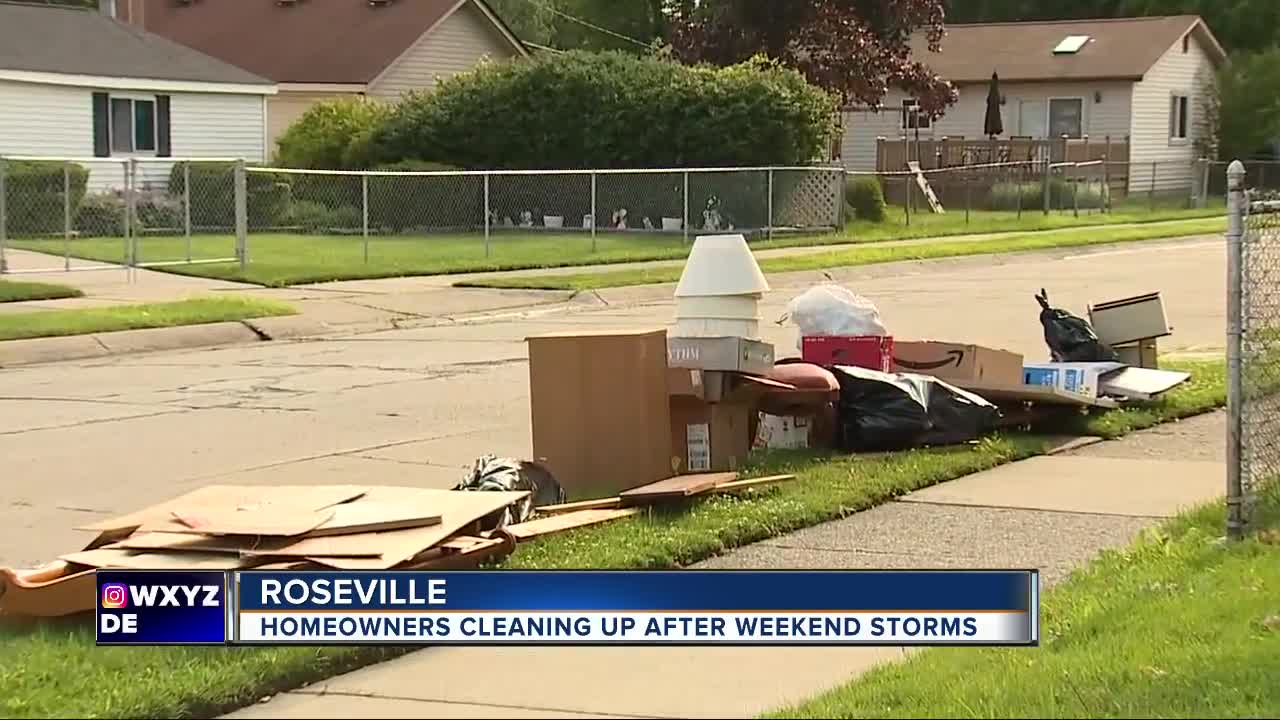 City officials in Roseville are preparing to announce a disaster declaration in wake of flooding over the weekend. 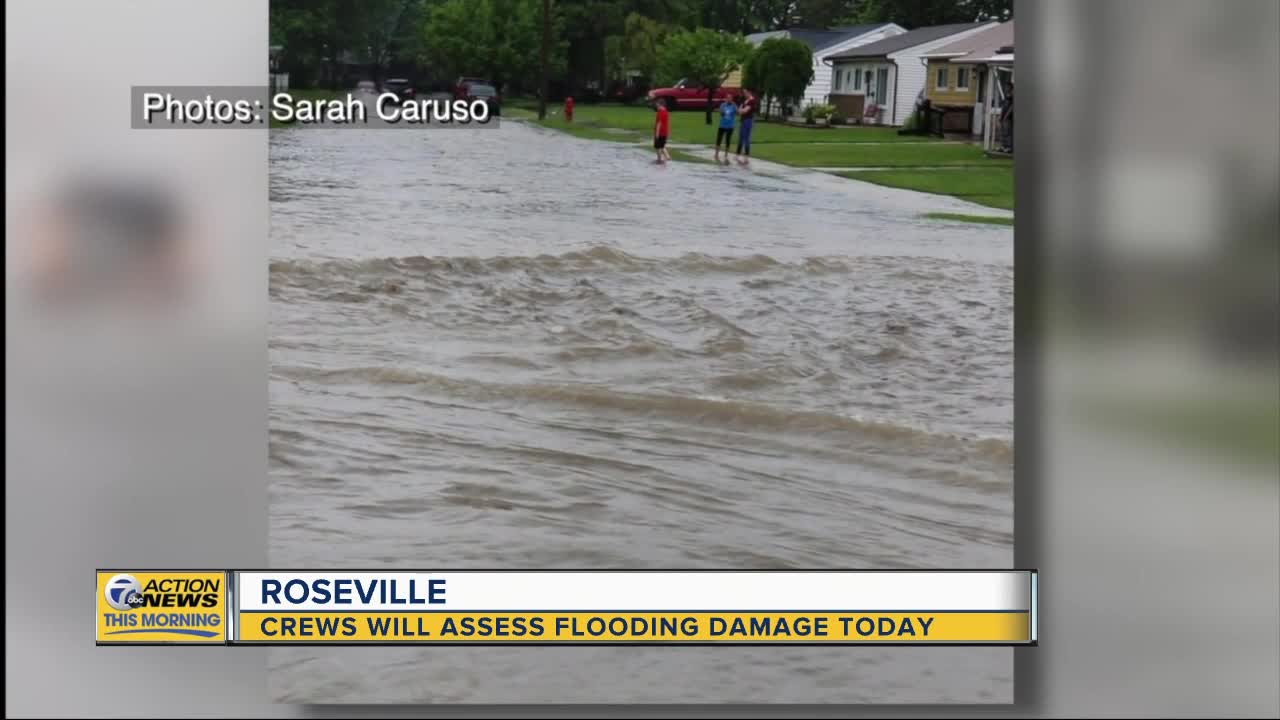 ROSEVILLE, Mich. (WXYZ) — City officials in Roseville are preparing to announce a disaster declaration following Saturday’s flooding — they’re working to figure out whether a larger county, or state, declaration can be made later this month.

On Monday people living along Blumfield Street, near I-696, were busy emptying their homes after basements were flooded.

“It’s all family photo albums,” said Paul Wierzbicki, one of the dozen or so homes affected on his street. “Everything tipped over, there must have been a heck of a pressure change to knock over our shelves.”

Wierzbicki lives with three other people — they had intentionally kept their basement stocked with totes to keep possible floodwater out of their home. Fragile items were kept even higher off the floor, but while they were out of their house on Saturday water rushed into he basement and toppled shelves ruining everything.

It’s not the only issue homeowners are dealing with, roads were also damaged.

At Hayes Road near the service drive of I-696 the road appears to have washed out beneath the new concrete — you can see a 2-foot drop along the side of the storm drain, and it appears the gravel washed away under the road all the way to the sewer pipe.

Flood damage! Here’s a look under the service drive near 696/Hayes. This is a good example that shows you what a few inches of rain can do when it comes quickly... later today I’ll be in Roseville looking at how homeowners fared. @wxyzdetroit pic.twitter.com/Dynj3nXZ2Y

According to the city manager, some manholes lifted off their base because the system was overwhelmed with water. While some areas saw little to no water, other areas ranged between two and four inches. He said that none of their pumps failed, it simply overwhelmed the system.

Those who experienced damage are urged to contact the city so that city workers can come out and survey damage. They’re already beginning that work.

Officials also say they're working with GFL for a plan to add pickup days for flood damage items, but it is currently too early to give days or times.