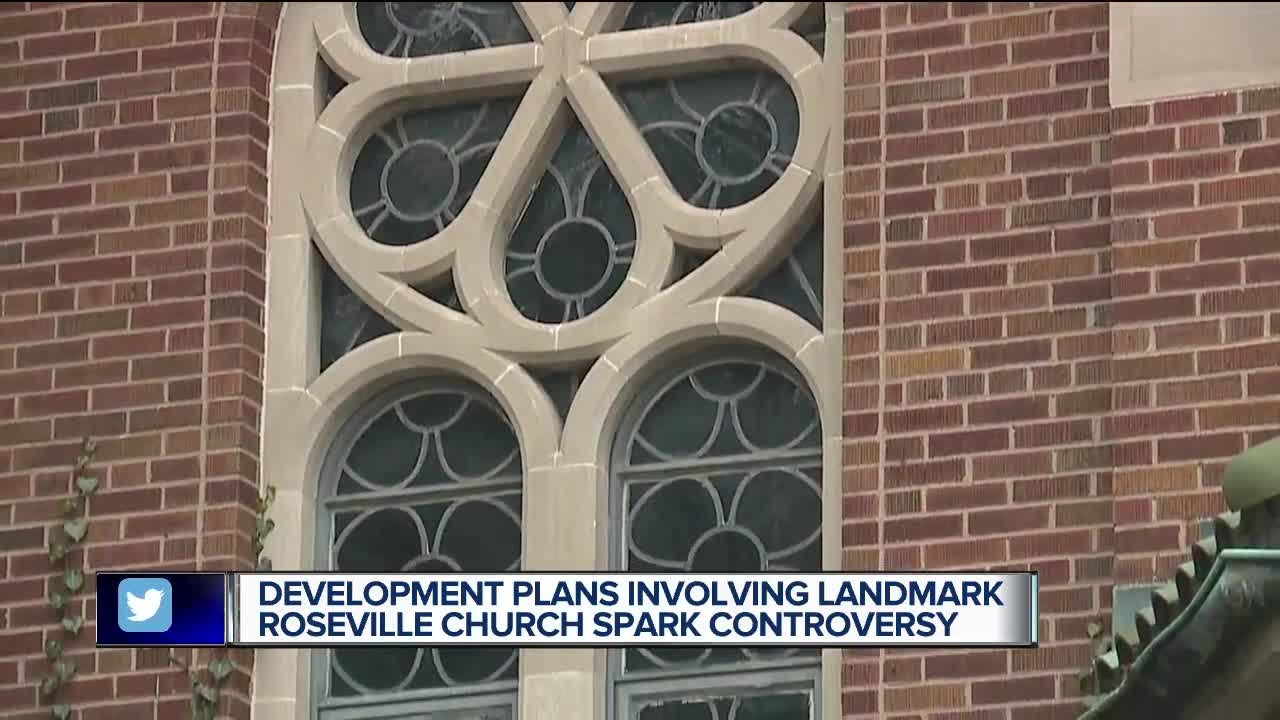 There are mixed emotions over a vacant church in Roseville. Sacred Heart is one of the oldest parishes in the area. The church was sold to developers and not everyone is happy with the plans of the site. “If they destroy that, they are destroying us,” said Edward Stross, a local resident.

ROSEVILLE, Mich. (WXYZ) — There are mixed emotions over a vacant church in Roseville. Sacred Heart is one of the oldest parishes in the area. The church was sold to developers and not everyone is happy with the plans of the site.

“If they destroy that, they are destroying us,” said Edward Stross, a local resident.

Stross owns Gonzo Art Studio across the street from the Sacred Heart Church that sits on Gratiot Avenue and Utica Road. The church has been closed for a few years.

Here are the renderings of the church that will be converted to a storage facility. pic.twitter.com/NNWKPoZEji

A developer purchased the property from the Archdiocese and got city approval to demolish the church and turn it into a storage facility. The city says due to legal parameters and ordinances, there is nothing they can do to stop the development.

The main structure of the church was built in 1950, but the parish has roots dating back to the 1800s. Stross wishes it would have been converted to an art or music venue.

“No one is going to come here for storage units," Stross said. "We will be the laughing stock of metro Detroit.”

Developers plan to preserve the bell tower and convert the front-facing property into retail space with the self-storage facility behind it.

“Progress is actually good," said Catherine Orisi-Pagano. "And the fact that they are going to keep a portion of it, keep reverence to the church, we are happy to hear that."

Oriso-Pagano owns Apple Annie’s next door. She once attended Sacred Heart and says it’s an emotional decision, but supports the new plans.

“We feel that it will help the community rather than an abandoned building sitting there,” she said.

Kate Woolaver’s family have lived behind the church for generations.

“I feel for everybody and I understand the history of the church," Woolaver said. "I have a lot of history here myself."

Her mother and aunts were married at Sacred Heart.

She says despite her deep roots, it’s time to move forward.

“It had outlived its purpose and fortunately someone has come along and is willing to invest in the city,” Woolaver added.

If there are any artifacts left in the church, Roseville officials will try to preserve that. We’re told the plan to demolish the church is still several months away.

However, when it starts, Stross says the Mother Mary painting on his studio’s brick wall that faces the church will have red tears coming out of the eyes, to symbolize how he feels.

“Breaking my heart," he said. "(It's) breaking the whole city’s heart.”