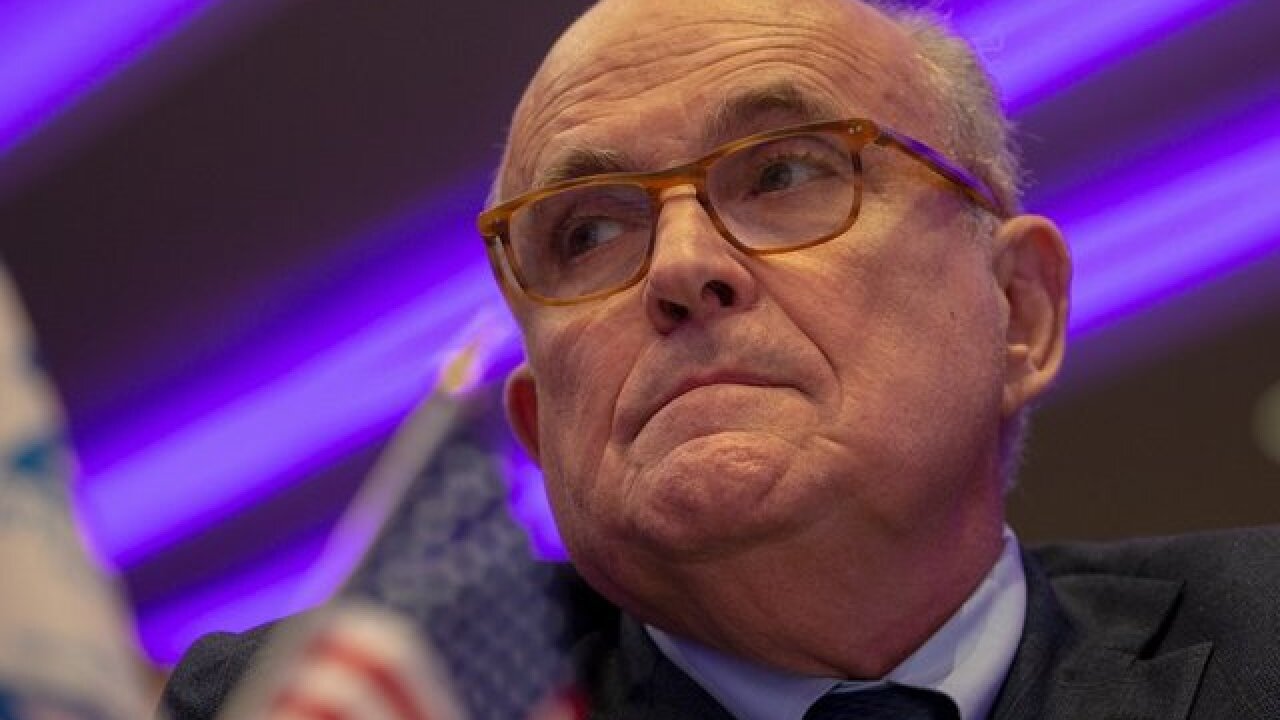 Rudy Giuliani endorsed the Republican Senate candidate for Michigan, but missed one key thing: his name.

Giuliani referred to "Don James" as the "future" of the Republican Party in a tweet, saying to vote for "Don James."

However, the candidate is actually John James.

Don James is running for Senate in Michigan. He is a combat veteran, a successful business man and believes in lower taxes, more jobs, effective health care and safety and security. He’s the future of our party. Let’s make that future now.. Vote for Don James.

In a tongue-in-cheek response, John James tweeted Giuliani back, calling him "Randy."

Thanks, Randy! While you were leading NYC through the aftermath of 9/11, I was at West Point training to bring terrorists to justice. pic.twitter.com/l5F1Vng56u

Giuliani later corrected his tweet, saying the earlier one was "not planned but spontaneous."

Sorry for the mistake with JOHN JAMES first name but you’d be making one if you don’t elect him to Senate from Michigan.The tweet was not planned but spontaneous.I saw his interview and record-military, business-and said this is a true leader,not the same old. He’s exceptional

Additionally, after she couldn't make it to a GOP election rally on Thursday, Kellyanne Conway tweeted her support for Michigan gubernatorial nominee "Bill Schuster."

The stakes are high.
The choice is clear.

to protect prosperity and freedom.

Get to the polls! pic.twitter.com/CU5rKGo3mE