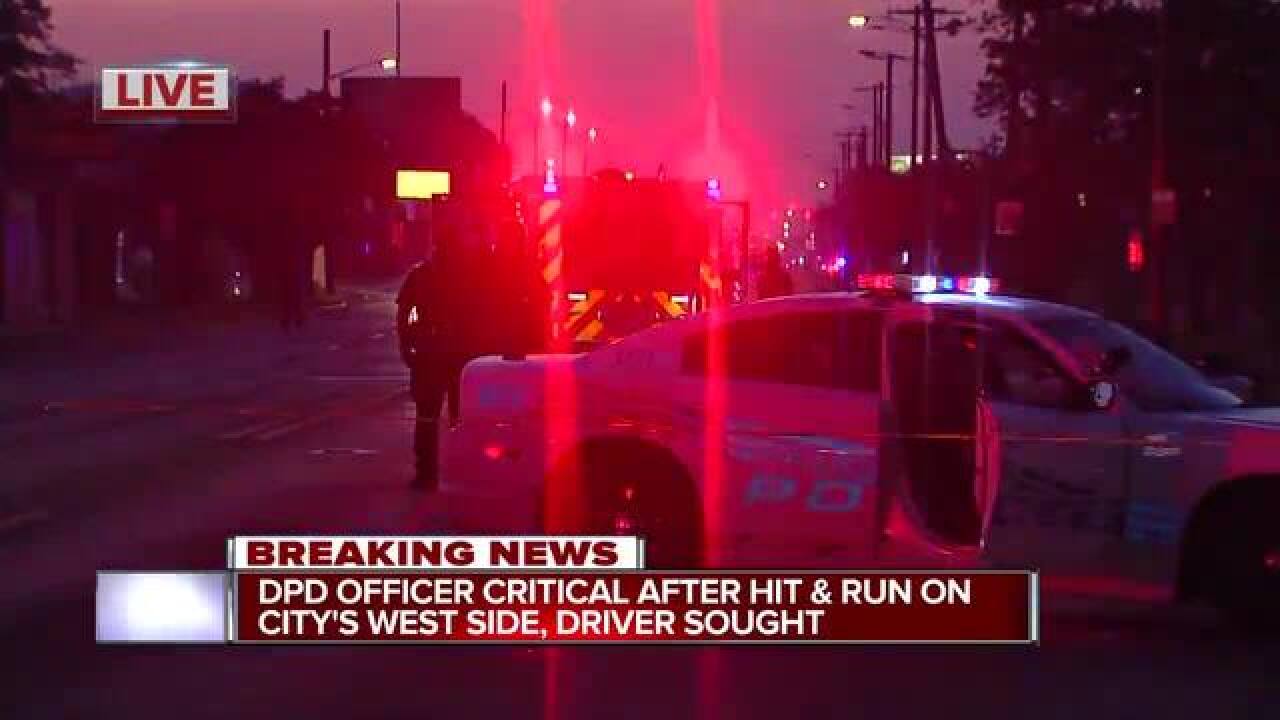 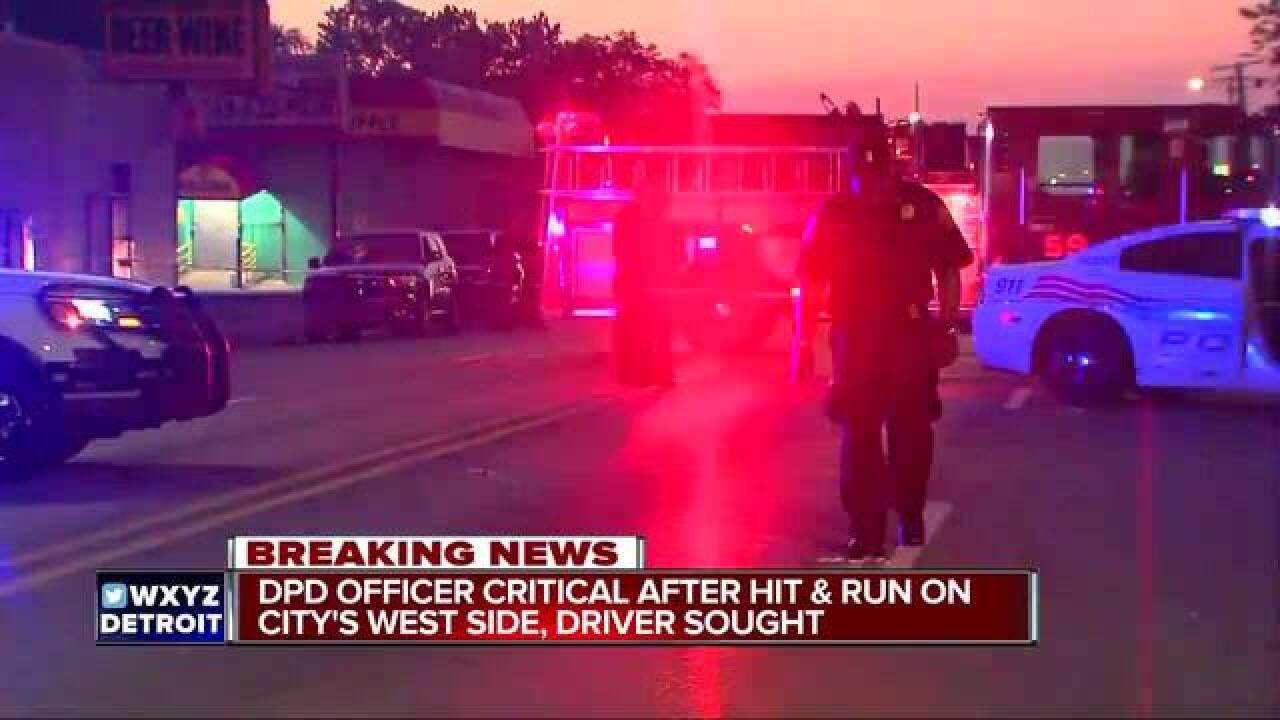 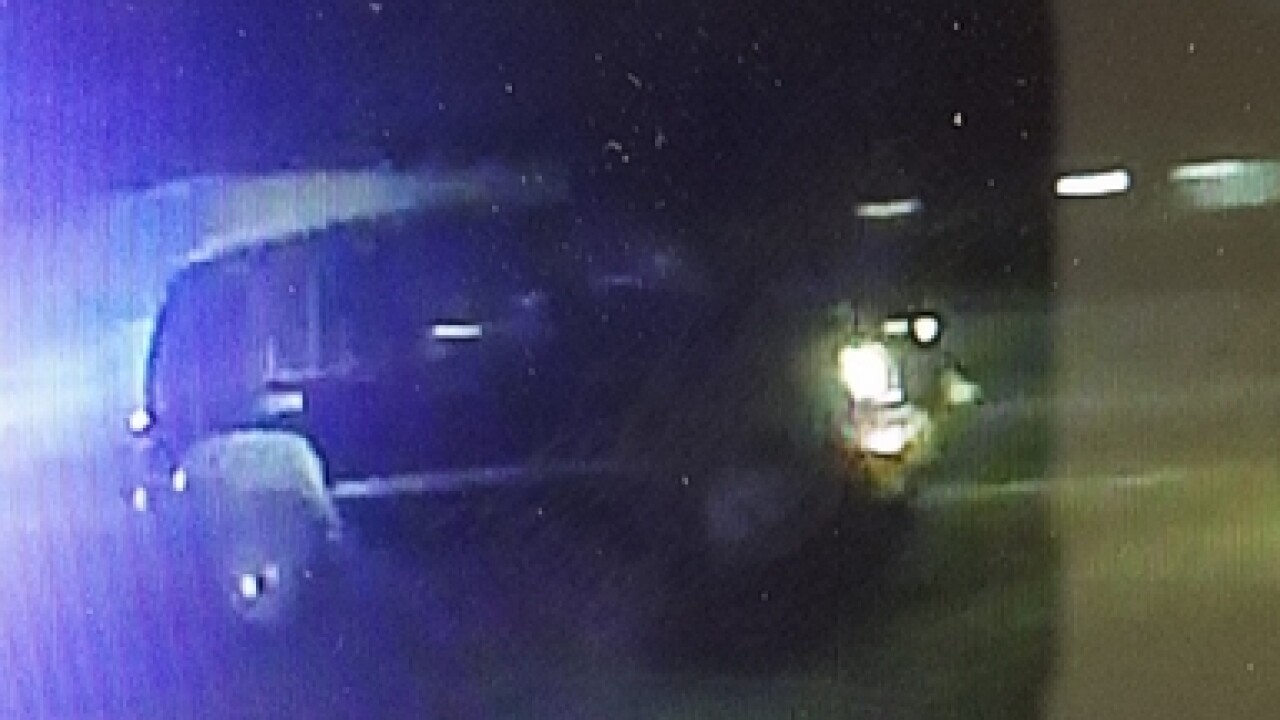 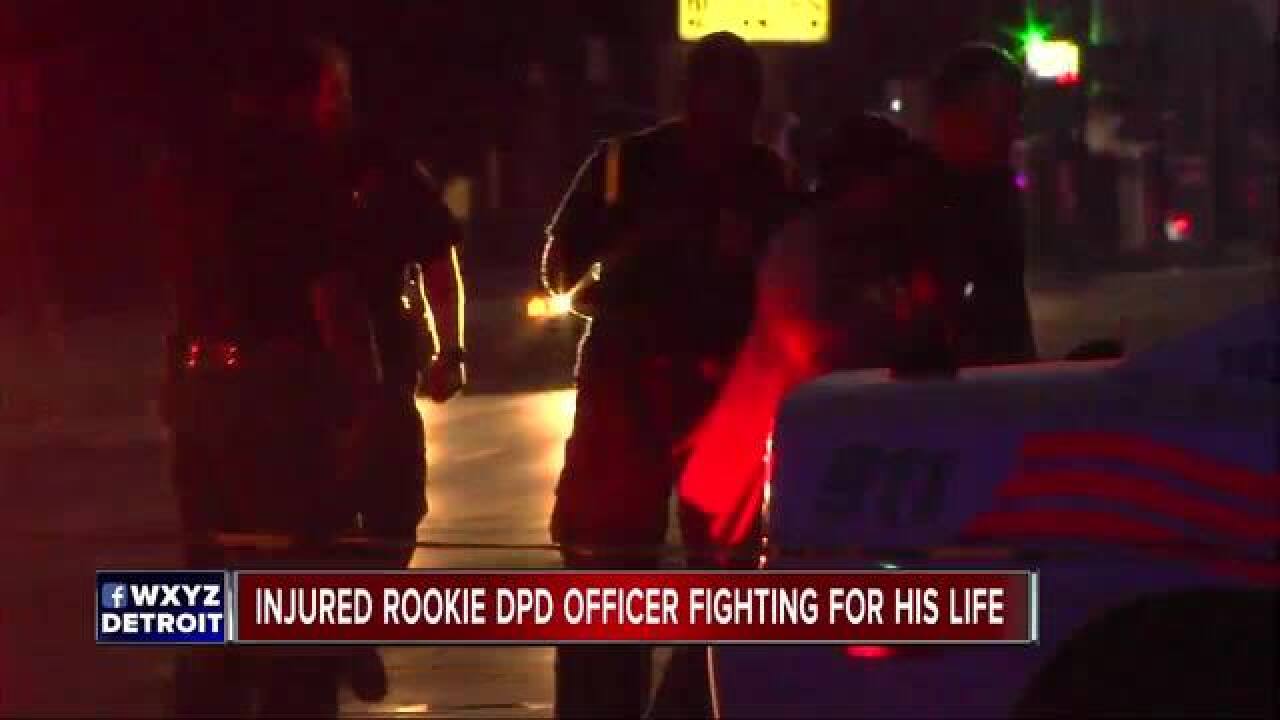 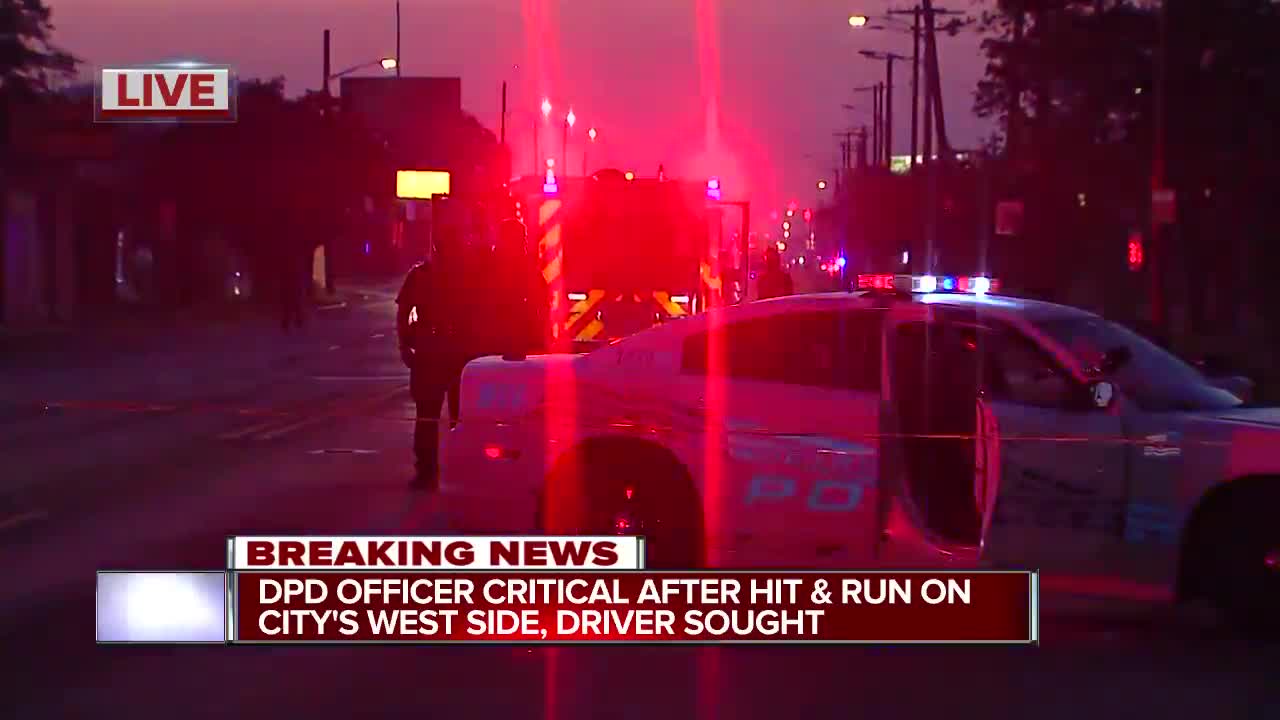 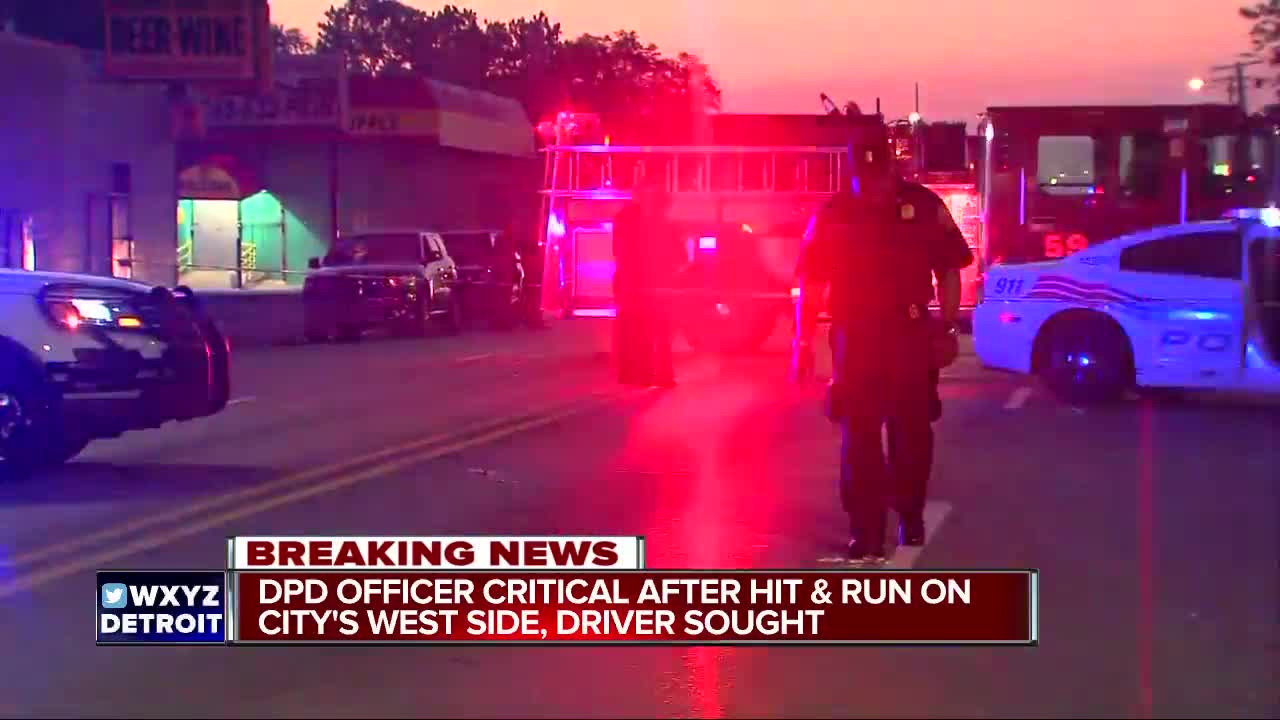 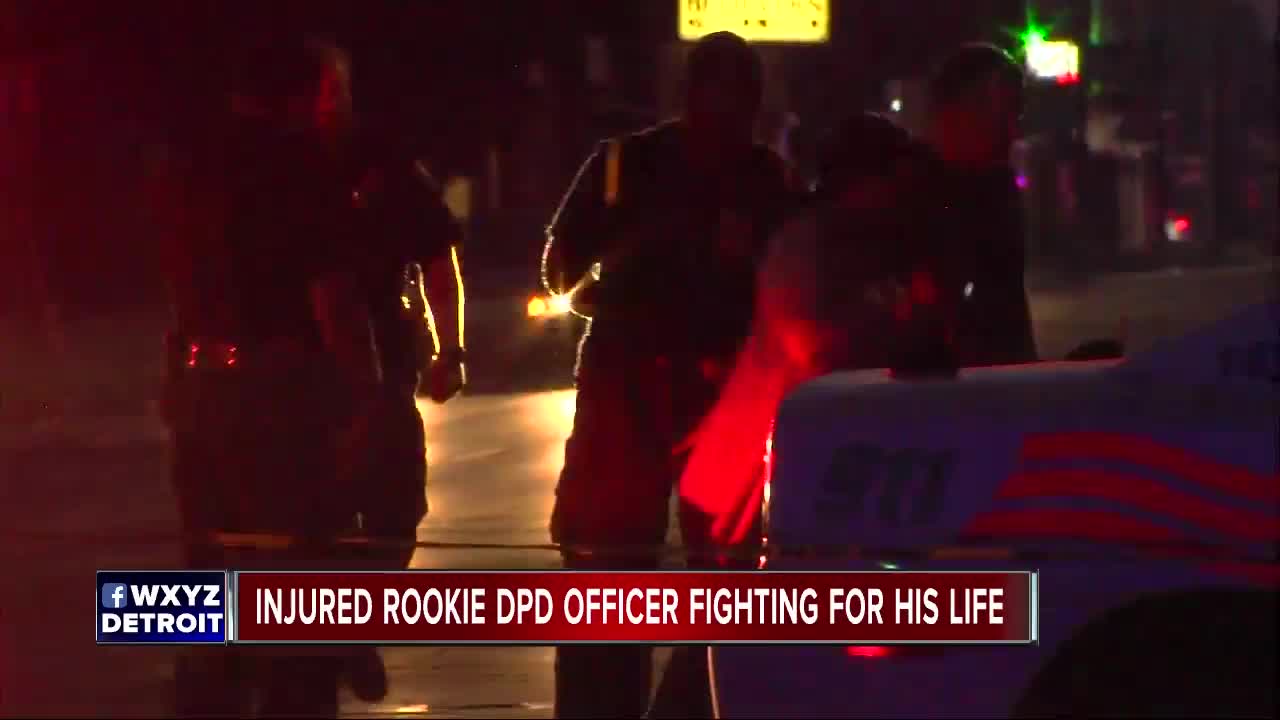 UPDATE: Suspect wanted in overnight hit-and-run that injured a Detroit Police officer has turned himself in, police say.

A 19-year-old male turned himself in to the 4th precinct this afternoon. Officials say the 4th precinct called the homicide task force and took the man into custody. The man is a Belleville resident and his vehicle is still in Belleville.

Police say the injured officer seems to be showing signs of improvement, but there's a "long road ahead."

Detroit Police are looking for a driver involved in a hit-and-run accident that left an officer with critical injuries.

It happened just before 3 a.m. in the area of W. McNichols Road and Stahelin Ave on the city's west side.

Police tell us officers were called to the area to disperse a party. Two marked police vehicles were at the scene with their siren lights on. There was a gap between the police cars through which the suspect vehicle sped eastbound, striking an officer. The suspect was going "well over 60 to 70 miles per hour" police say.

Police are searching for a dark blue or black Jeep Liberty with a missing front bumper. The suspect vehicle was last seen driving eastbound on W. McNichols.

This is a picture of the suv that hit the officer. Being told it’s a Jeep Liberty ⁦@wxyzdetroit⁩ pic.twitter.com/lMDw7r6mem

The 30-year-old injured officer is currently at Sinai Grace Hospital in critical condition. He is believed to have suffered from a head trauma injury to the brain, according to DPD Chief James Craig.

He has been in the field for about one year, assigned to the 8th precinct, and married for only a month.