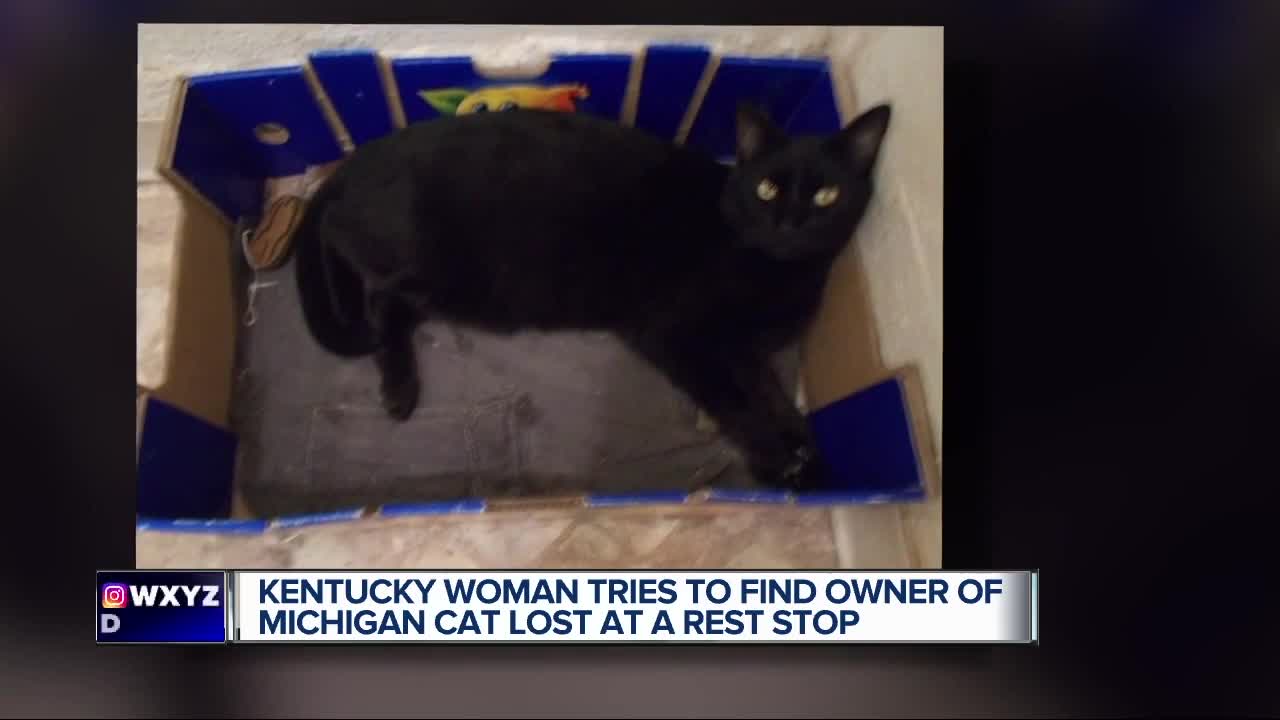 The cat in the photo was found in Franklin, Kentucky.

Jill Goostree is looking for its owner. She tells us the cat got out of a Michigan woman’s car at a rest stop and she couldn’t find him.

Two nearby businesses no longer have the owner’s information, so she’s turning to Facebook to track her down.

Goostree said, “I know if it was mine, I would want to know where it is.”

The lost cat that is at the very least 430 miles away from home.

Jill and her husband are from Franklin and says they found the 14 pound male neutered black cat mid-July near the area of I-65 and Route 31.

“He’s clean and he wasn’t scruffy looking like he’d been lost a long time.”

When she asked workers at two rest stops about the cat, they told her a woman from Michigan lost her cat while stopping and left her contact information with them.

Jill says the woman called the next day but that was before she rescued him.

By the time her husband brought the cat home, the employees no longer had the owner’s info.

“They both came right out and said after a few days they threw it away.”

The cat doesn’t have a microchip or collar.

She says she only posting one photo and says the cat has a distinct color on a certain part of his body that only the right owner would know.
“The happy ending for me and my husband would be to find the owner and the cat would be at his real home.”

It’s not clear where in Michigan the owner is from, she could be from Metro Detroit all the way to the Upper Peninsula.
That’s why Jill is hoping more folks will share her post.