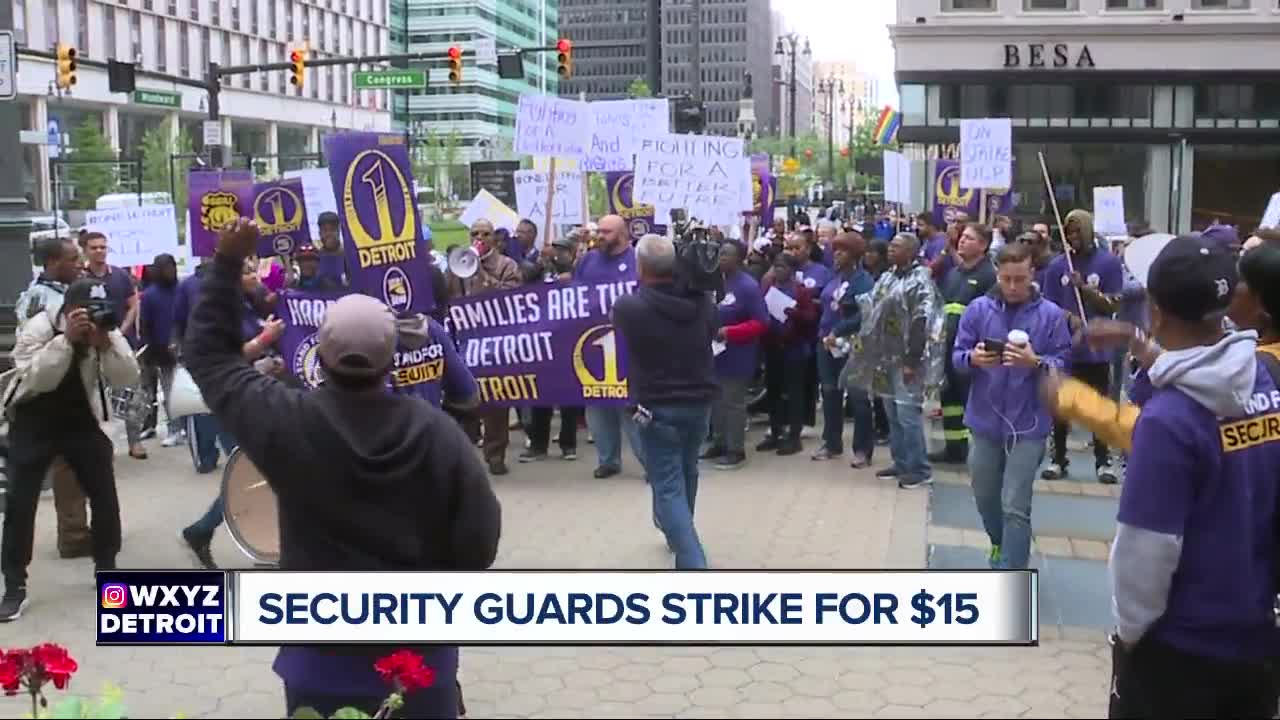 Security guards working in downtown Detroit are walking off the job Thursday to strike. 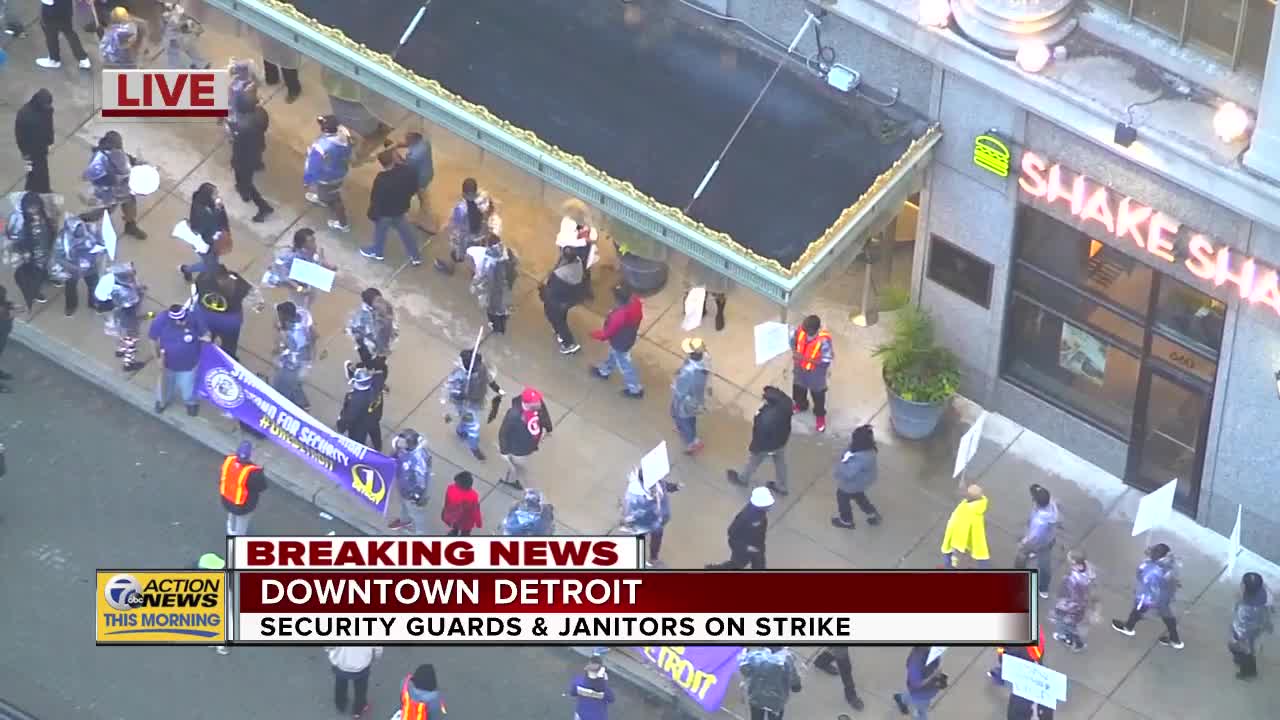 DETROIT (WXYZ) — Security guards working in downtown Detroit are walking off the job Thursday to strike.

They say they are fighting for union rights and a $15 minimum wage, but their employer has reportedly responded by threatening to retaliate, according to a release from Service Employees International Union Local One.

Employees say they are forced to endure unfair conditions while protecting some of Detroit's most wealthy businesses. Many guards say they struggle to provide for their families.

In a show of solidarity, SEIU Local 1 janitors and members of Detroit Metro AFL-CIO afficiliates will not cross the picket lines, refusing to clean and service affected buildings.