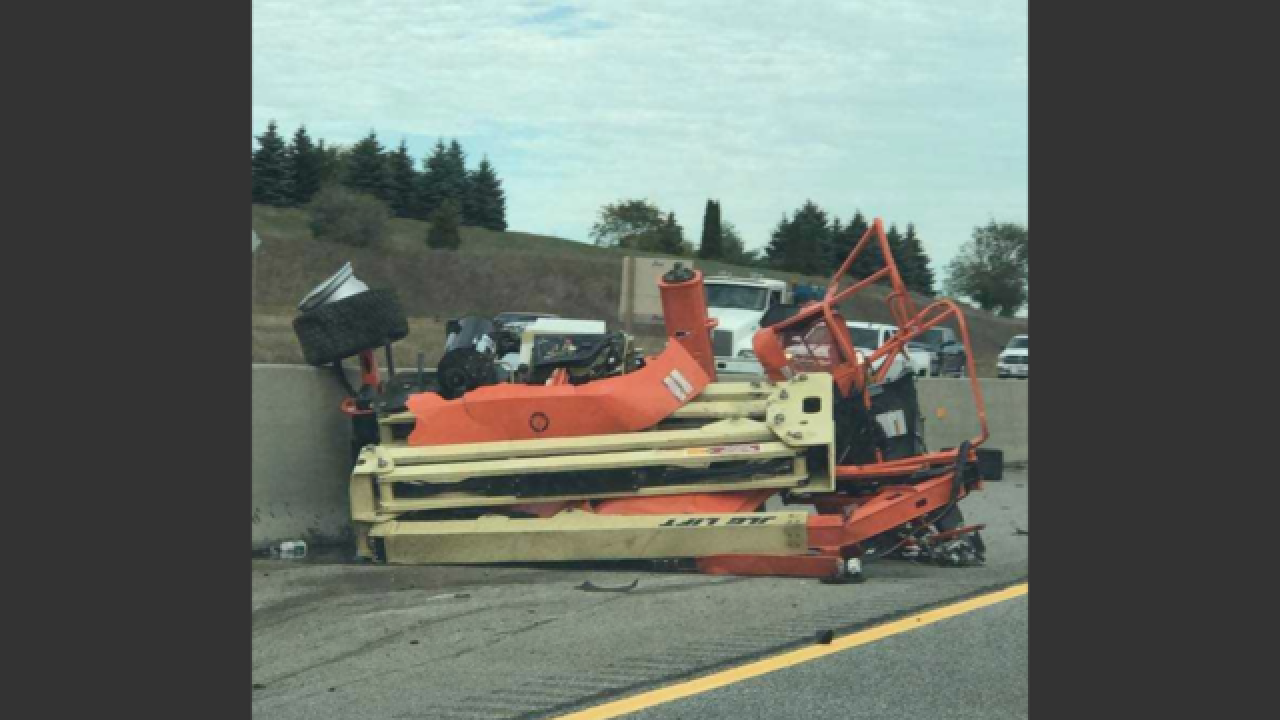 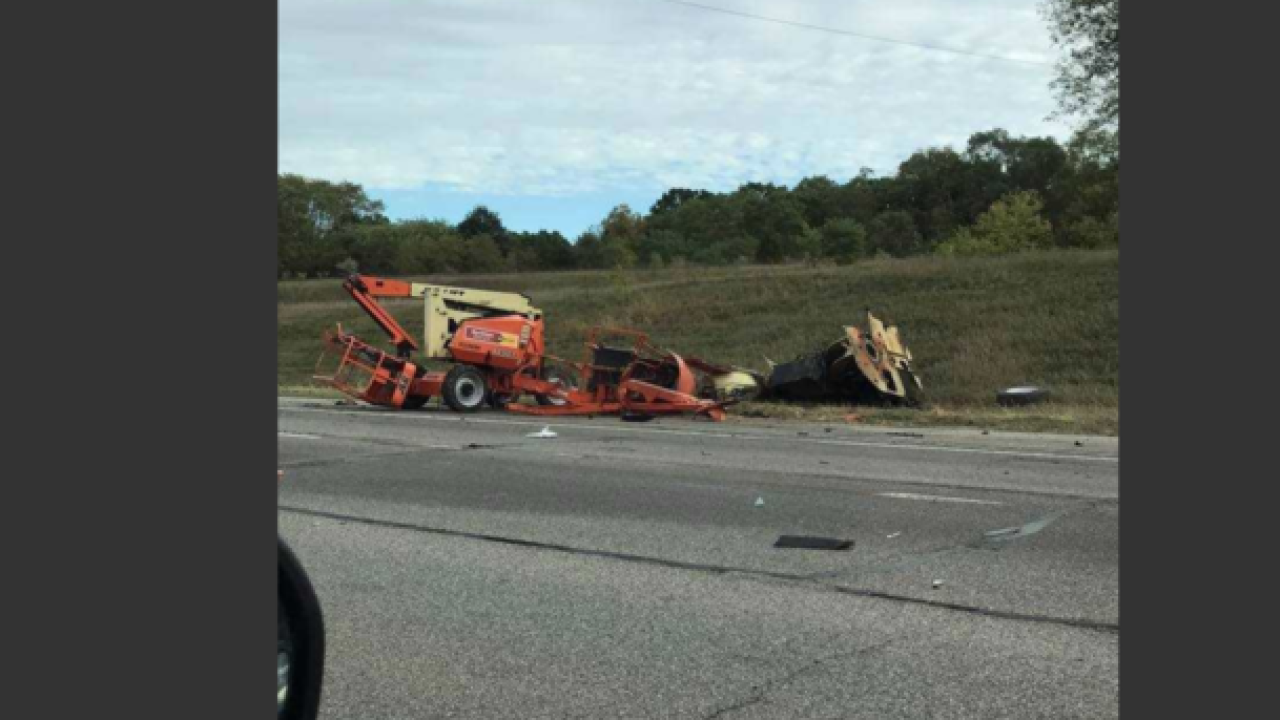 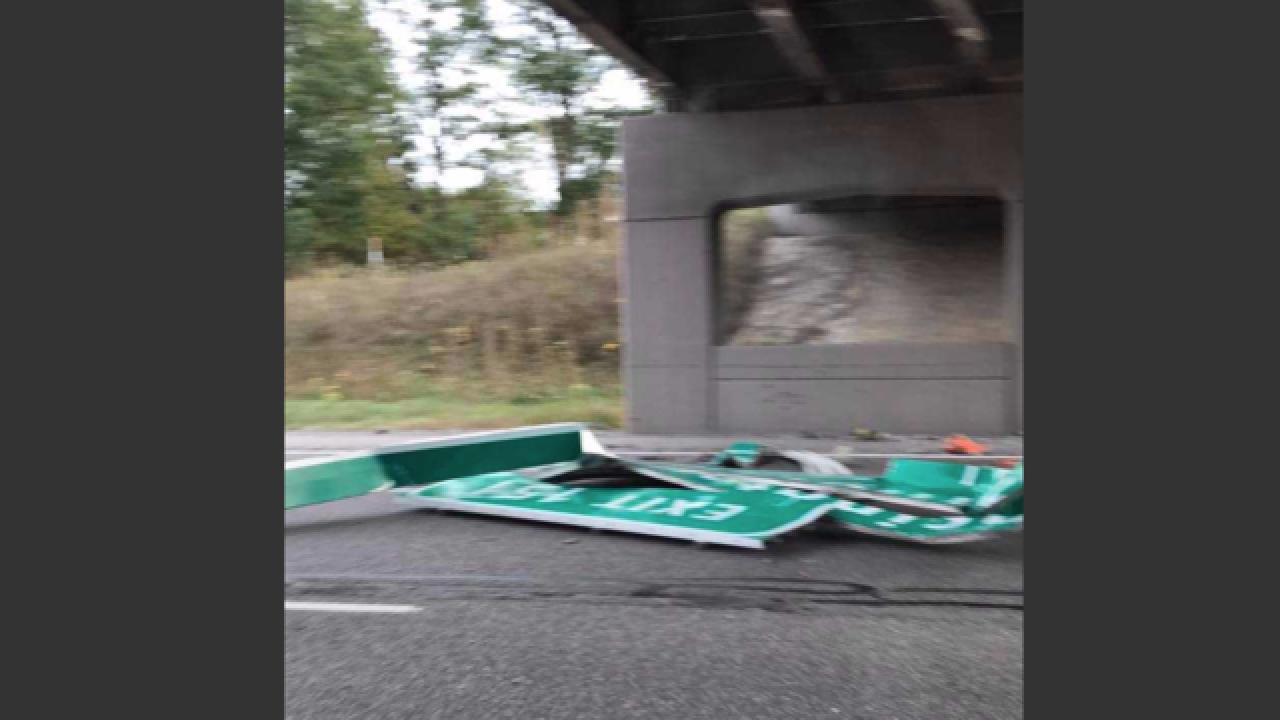 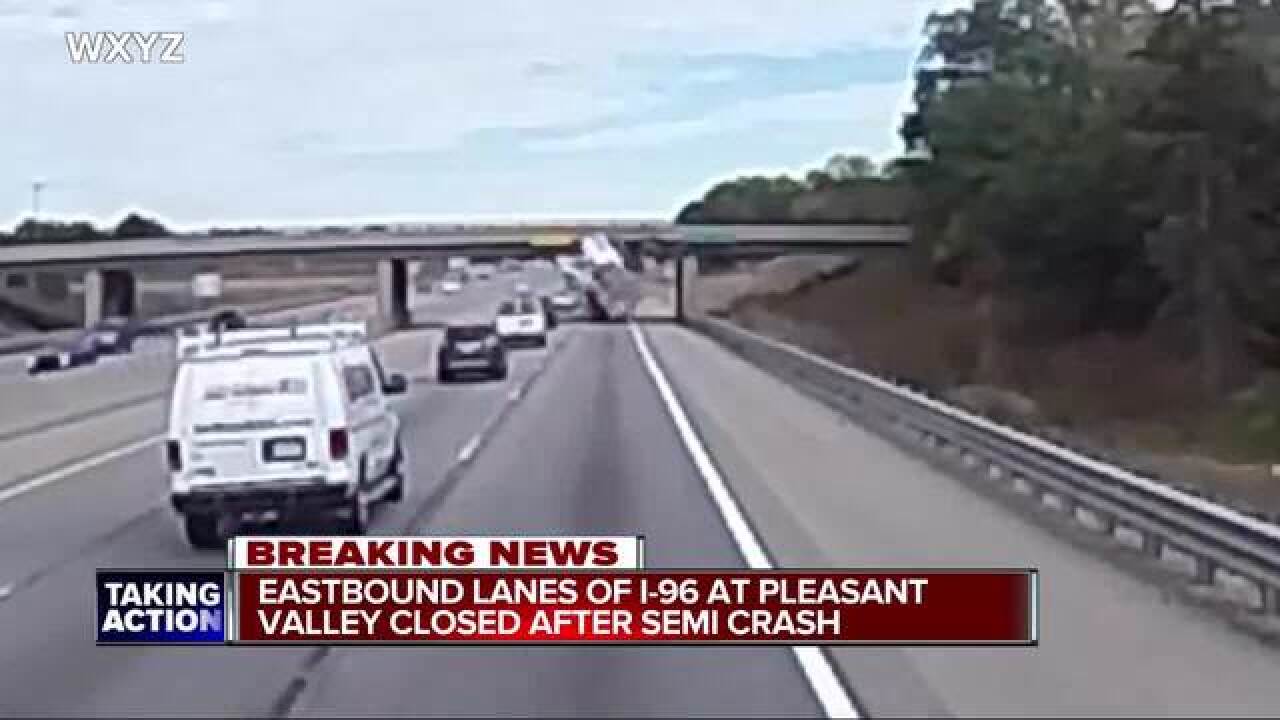 Update:  MDOT plans to demolish I-96 bridge after semi crash

A truck driver trailing behind the vehicle that caused the accident captured the crash on a dash cam.

The driver who took the video is then seen stopping on the fallen sign and then backing up.

MDOT says eastbound I-96 will remain closed overnight and into tomorrow. Officials say traffic can get by on the median, but because of the backups the accident has caused, the freeway should be considered closed.

Drivers are advised to find an alternate route for rush hour.

Engineers brought in to examine the Pleasant Valley overpass have determined that they will need to demolish the 1/2 of the bridge that has been damaged. They hope to have bids out sometime Thursday, with demolition also beginning then.

MDOT says they hope to have the freeway reopened later in the day Thursday, but they are not yet sure how the work will affect the evening rush hour.

A semi truck hit a bridge sign on the Pleasant Valley overpass forcing the a freeway closure on I-96 in Brighton Township.

Eastbound I-96 is closed at Kensington Road, east of US 23.

Alert - all of EB 96 closed at Kensington Rd. East of US 23. Bridge hit. EB 96 may be closed awhile. Alt routes advised. #mdot_metrodet pic.twitter.com/nEP3msXj4u

Equipment that was being carried on the semi is all over the freeway.

Bridge inspectors are headed to the scene to assess the damage.

Traffic is backed up for miles.