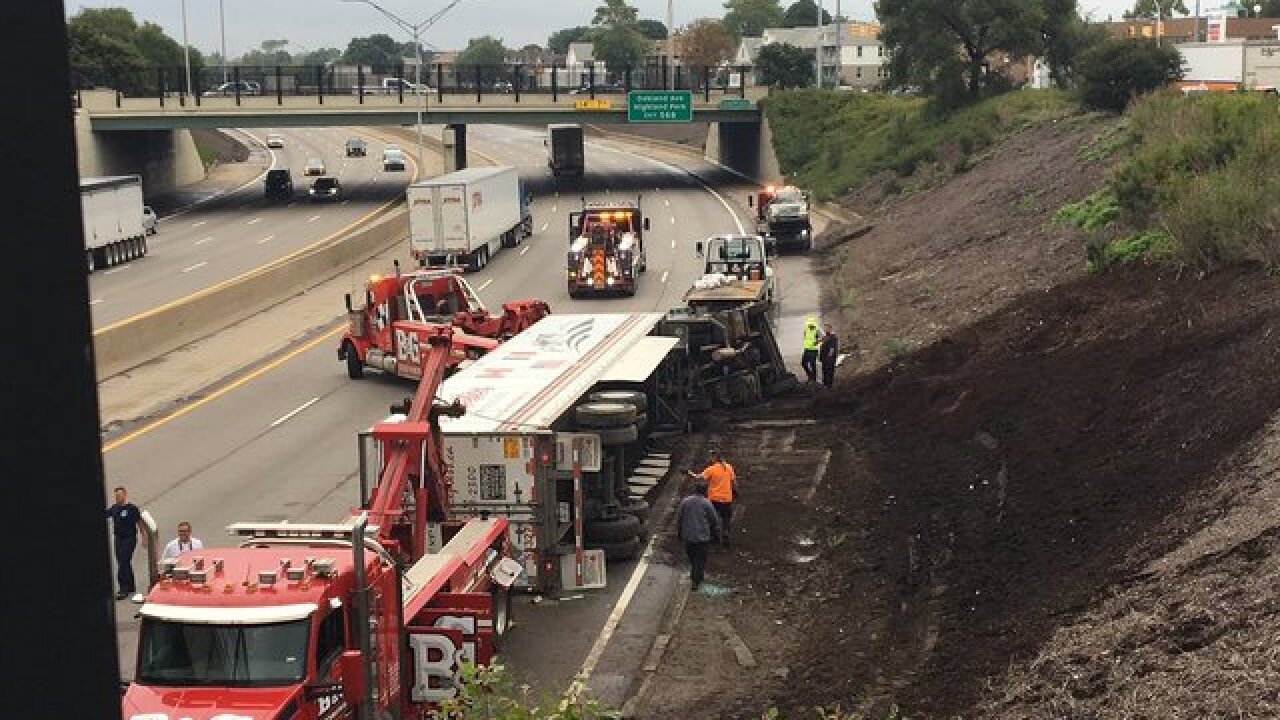 A semi-truck rolled over onto a passenger vehicle on northbound I-75 near Caniff Street Tuesday morning.

Michigan State Police say the driver of the SUV was pinned in the vehicle and rescued by the Hamtramck Fire Department. Both drivers were taken to the hospital for minor injuries.

Police say the SUV was slowing in the right lane of I-75 when the semi driver could not stop, struck the median wall, went up the embankment and rolled down onto the SUV.

The semi driver was found at fault in the crash for following too closely. Police say the SUV driver has a suspended license.

Police say Hamtramck Fire and tow companies are attempting to turn over the semi without having to unload the cargo.