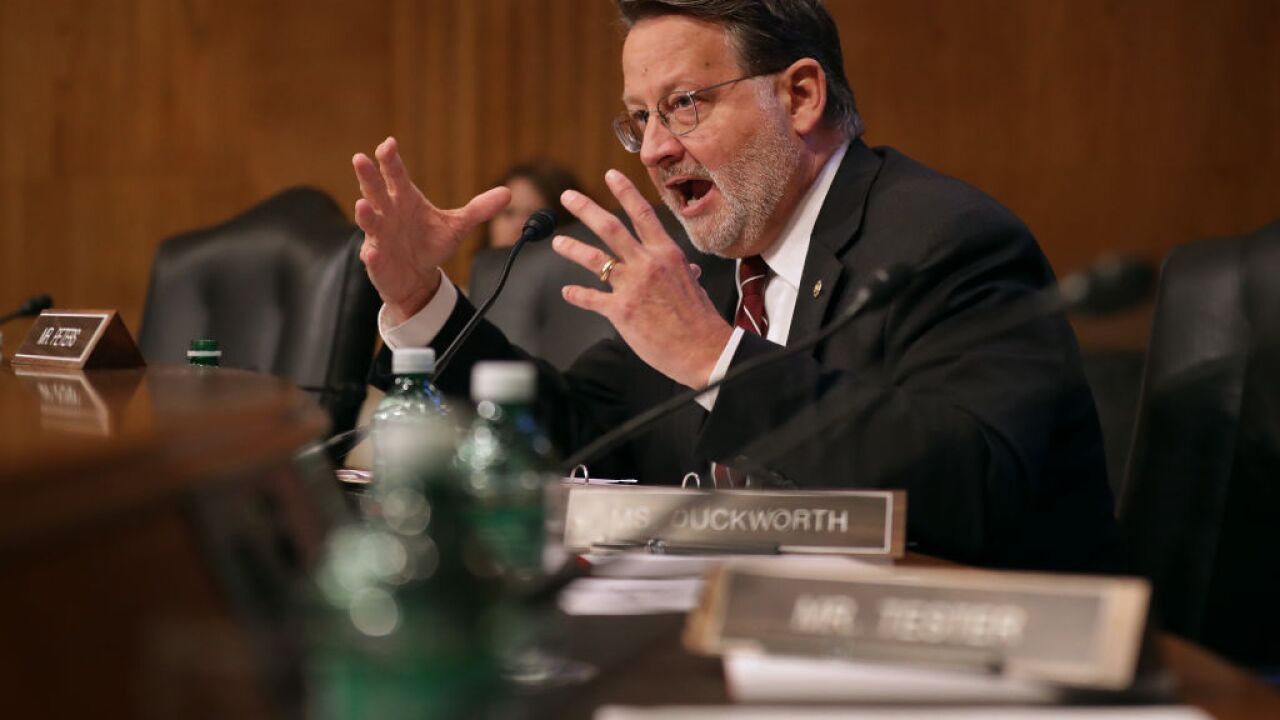 WASHINGTON (AP/WXYZ) — Unveiling a new immigration plan, President Donald Trump said he wanted to provide a sharp contrast with Democrats, and he did — aiming to upend decades of family-based immigration policy with a new approach that favors younger, "totally brilliant," high-skilled workers he says won't compete for American jobs.

Trump's sweeping immigration plan is more a campaign document than anything else. It's a White House attempt to stretch beyond the "build-the-wall" rhetoric that swept the president to office but may not be enough to deliver him a second term. As Trump heads into reelection season, his campaign sees the plan as a way to help him look more reasonable on a signature issue than he often seems — and to cast Democrats as blocking him.

Sen. Gary Peters, speaking to 7 Action News before the plan was announced, said he would wait to see the entire plan before making a full comment on it.

"I think I'd have to wait to see what president Trump proposes in terms of an overhaul on immigration. I think we all agree that we need to have a comprehensive view of the immigration system that we have in this country," Peters said. "But as to what the president is proposing, it's difficult for me to comment on it until I actually see it, but certainly making sure that we have folks that can come to this country and have the skills necessary to contribute to this country is an important aspect of immigration reform. But as to the details, I am going to wait and see as to what those are and then make comments after that."

Trump said Thursday that his new system, with points given for those with advanced degrees, job offers and other attributes, will make it exactly "clear what standards we ask you to achieve."

Even before the speech, Democrats, whose votes would be needed for any bill to be approved by the divided Congress, panned the effort and questioned the Republican Party's commitment to families.

Pelosi continued: "Certainly we want to attract the best to our country." But she said "merit" is a "condescending" word that means "merit in the eyes of Donald Trump."

Trump's new plan has been months in the making, a project of his son-in-law, Jared Kushner, who has been meeting privately with business groups, religious leaders and conservatives to find common ground among Republicans on an issue that has long divided the party.

Kushner has long complained that many advocates on the immigration issue are very clear about what they're against, but have much more trouble articulating what they're "for." Kushner set out to create a proposal that Republicans might be able to rally around, his mission to give the president and his party a clear platform heading into the 2020 elections.

Trump didn't mention his son-in-law's work during the address but noted that the proposal wasn't written by politicians. Instead, the president said it had input from law enforcement personnel. It also had echoes of White House senior adviser Stephen Miller, who wants to push down the country's immigration levels and has driven much of the administration's policy.

As part of the plan, officials want to shore up ports of entry to ensure all vehicles and people are screened and to create a self-sustaining fund, paid for with increased fees, to modernize ports of entry.

The plan also calls for building border wall in targeted locations and continues to push for an overhaul to the U.S. asylum system, with the goal of processing fewer applications and more quickly removing people who don't qualify.

In addition, the plan includes a proposal to allow public donations to pay for the president's long-promised border wall.

The plan does not address what to do about the millions of immigrants already living in the country illegally, including hundreds of thousands of young "Dreamers" brought to the U.S. as children — a top priority for Democrats. Nor does it reduce overall rates of immigration, as Miller and many conservative Republicans would like.

Republicans in Congress who were briefed on the plan by Kushner and Miller earlier this week welcomed, but did not fully embrace, the approach. Some of those up for reelection, including Sen. Susan Collins of Maine, objected to its failure to account for the young Dreamers.

At its core, the proposal would fundamentally overhaul how the country for decades has approached immigration. The country has long placed a preference on providing green cards to family members of immigrants.

Under the Trump plan, the country would award the same number of green card as it now does, about 1 million annually. But far more would go to exceptional students, professionals and people with high-level and vocational degrees. Factors such as age, English language ability and employment offers would also be considered.

Far fewer green cards would be given to people with relatives already in the U.S. They would be reserved just for immediate family members — Trump mentioned spouses and children — rather than parents and adult siblings. Fifty-seven percent would be awarded on merit as opposed to the current 12%.

"Our plan is pro-American, pro-immigrant and pro-worker," Trump said, saying it contrasts with what he called Democrats' support of "chaos."

Mark Krikorian, executive director of the Center for Immigration Studies, which advocates for lower immigration rates, welcomed a "very positive effort" that was "undermined by the embrace of the current very high level of immigration."