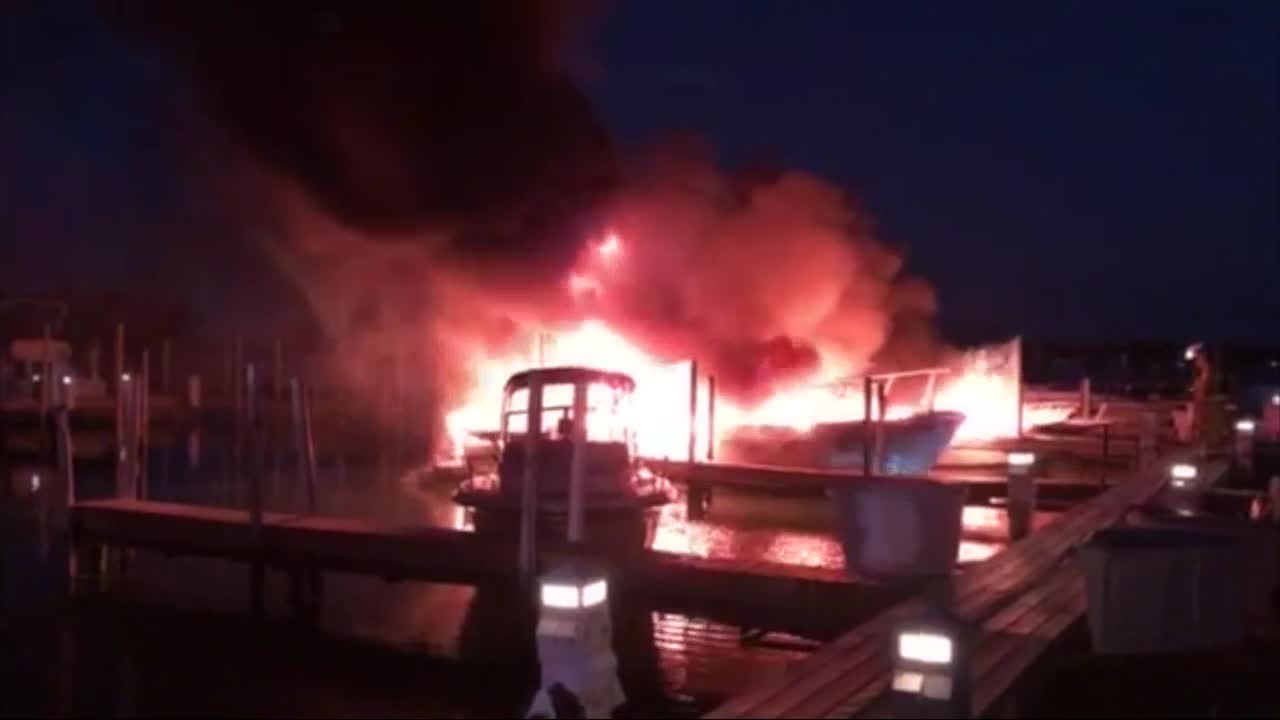 7 Action News has learned that several boats were damaged after a fire at Ford Yacht Club in Grosse Ile early this morning.

Firefighters responded to the yacht club just after 6:30 a.m. and found two boats fully-engulfed in flames.

The boats were still in the water and steps were taken to prevent the fire from spreading.

Nobody was on the boats and no one was injured. The fire remains under investigation.