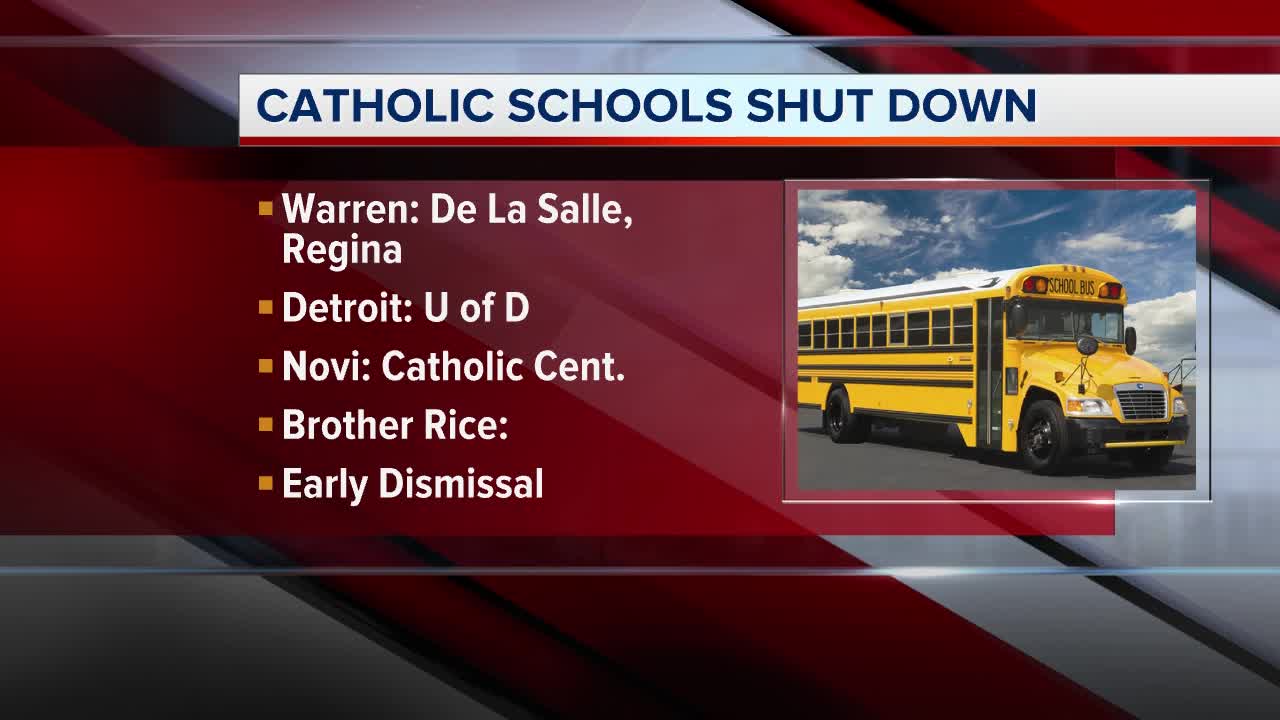 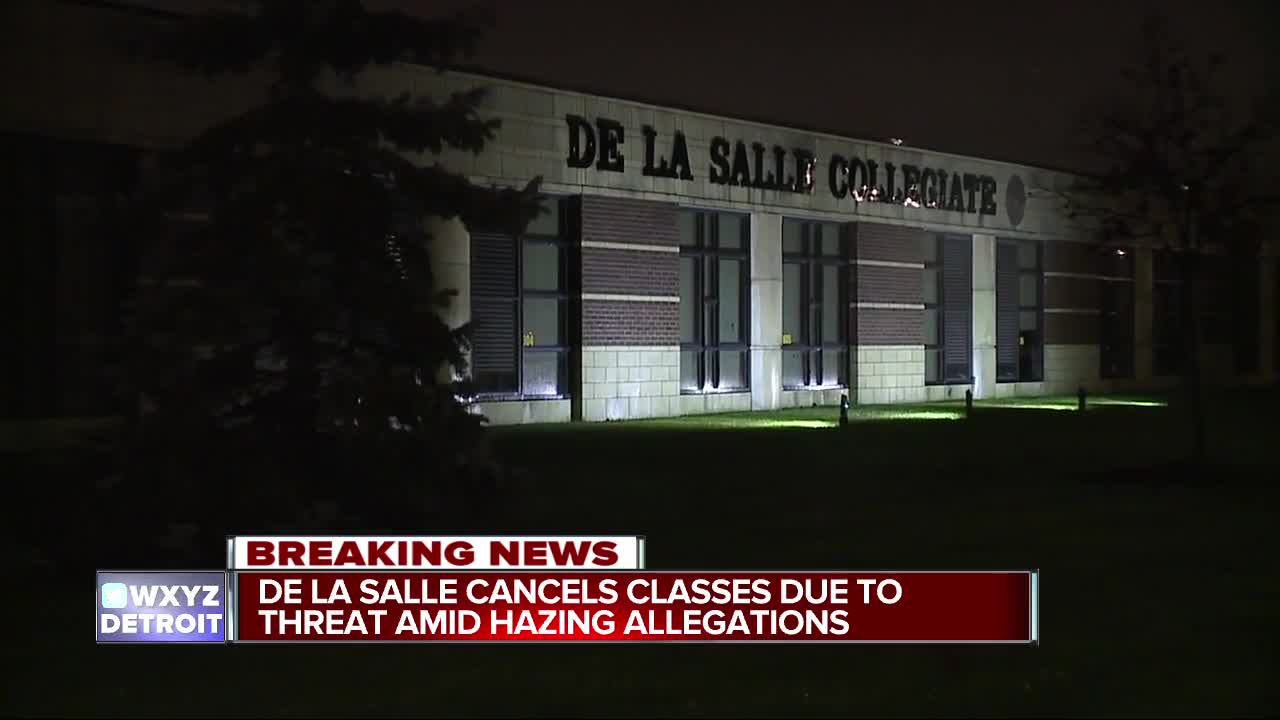 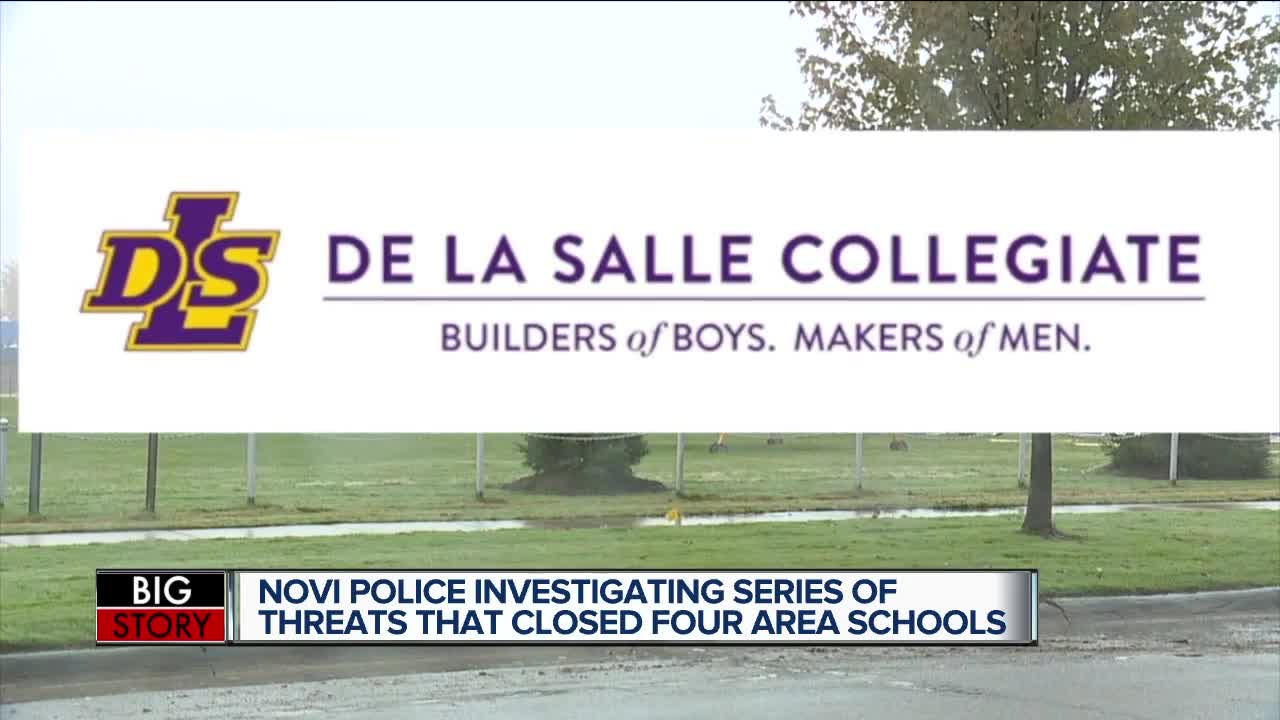 (WXYZ) — Several Catholic schools in metro Detroit are closed on Friday due to threats.

Warren De La Salle, Catholic Central, Regina High School and University of Detroit Jesuit are closed, the Archdiocese of Detroit confirms. The Archdiocese said they do not run any of the schools.

De La Salle, Catholic Central and Regina are closed because of a threat, while U of D Jesuit closed as a precaution, but said they didn't receive a threat.

According to the Archdiocese, the threats came from online and messaging, and local law enforcement agencies have been advised of the situations.

St. Regis Catholic School is open, while Brother Rice opted for an early dismissal despite not receiving any threats.

"De La Salle was made aware of a serious threat against the school alleged to occur Friday, Nov 1," the post read. "The Warren Police Department was alerted, and De La Salle is collaborating with them to investigate this threat."

Sources tell 7 Action News the reported threat ties into an investigation into alleged hazing by senior football players at the school. However, no further details have been immediately released regarding the threat.

De La Salle announced Thursday the cancellation of its football season and Friday's playoff game due to allegations of hazing by senior football players. The school notified parents that the investigation will be handled internally and authorities say a police report was not filed regarding the investigation.

Additionally, earlier in the day, a 17-year-old student at the school was arrested for allegedly bringing a knife into the building, according to Warren police. This incident is not related to the threat or hazing investigation.