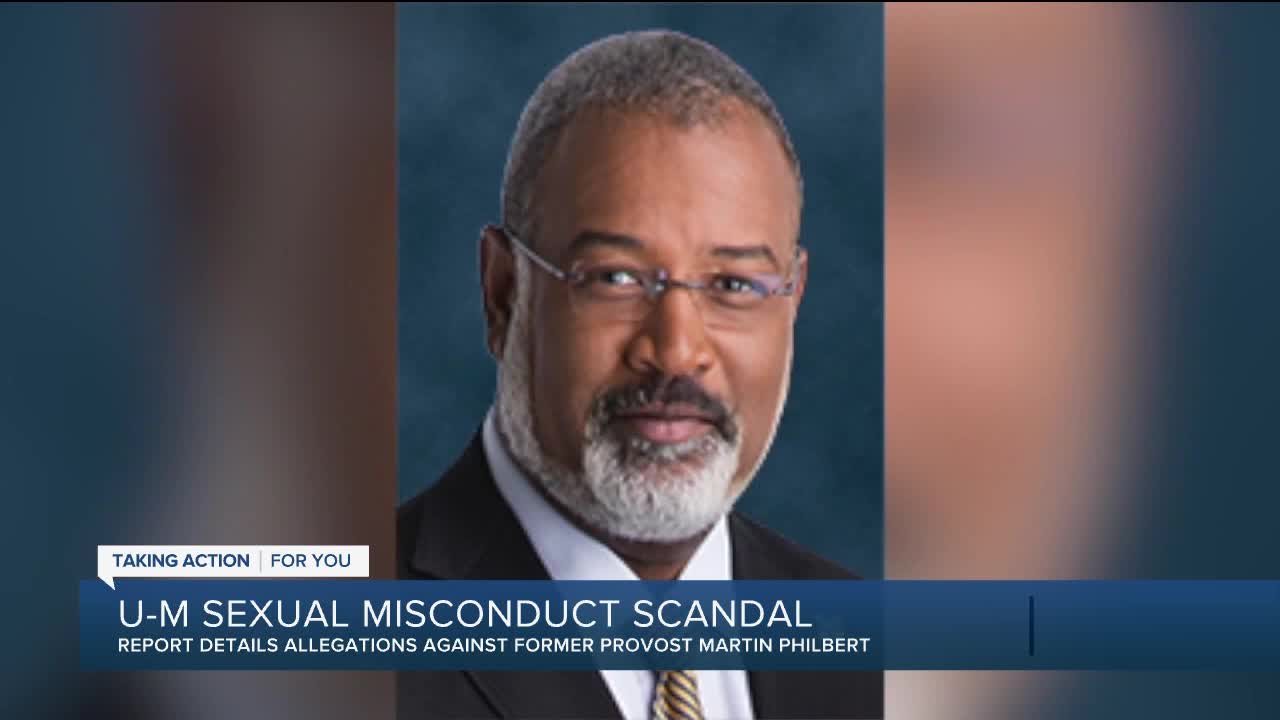 Earlier this week, a lawsuit was filed in which more than 50 former university students allege abuse at the hands of a school doctor. Independent investigators hired by the University of Michigan, released a report of their findings, which reveals "significant evidence" that the former provost violated the University's sexual harassment policy.

The investigation started in January and was conducted independently by WilmerHale.

It’s an 88-page report detailing 15 years of alleged sexual misconduct. The results of an investigation into a man who started his University of Michigan career as a professor and worked his way up to a position of influence, allegedly harassing students and staff members since the early 2000s.

When Philbert served as Associate Dean, the report says he had a reputation for boundary issues, making sexual comments about woman bodies, insisting women hug him, kissing women's necks, propositioning them for sex, and being very persistent with travel invitations.

As Dean and again as Provost of the University, investigators found Philbert was in multiple sexual relationships with staff members often simultaneously, reportedly threatening their careers if they said anything.

The report states: "We also reviewed the contents of Philbert’s University-owned devices, which contained thousands of text messages and hundreds of thousands of photos."

Philbert stored sexually explicit photos on his University-owned devices according to the report and engaged in sexual contact in University offices on a near-daily basis for a time.

Philbert did not participate in the investigation and declined to be interviewed, the report states.

"As to the first question, we found significant evidence that Philbert engaged in conduct that violated the University’s Sexual Harassment policy," the report concludes.

"As to the second question, we identified numerous times when University personnel received information about Philbert’s sexually harassing conduct," the report states that in some of those instances the University should have investigated further.

A statement from the University of Michigan says in part:

“The university took quick action when it received allegations of sexual misconduct in January, relieving the provost of his duties and beginning an investigation within a matter of days. Many people have worked hard for decades to eliminate sexual misconduct from our community, but this report makes it clear that we have much more work to do.

The statement continues, stating the report will be reviewed and necessary action taken to prevent situations like this in the future.