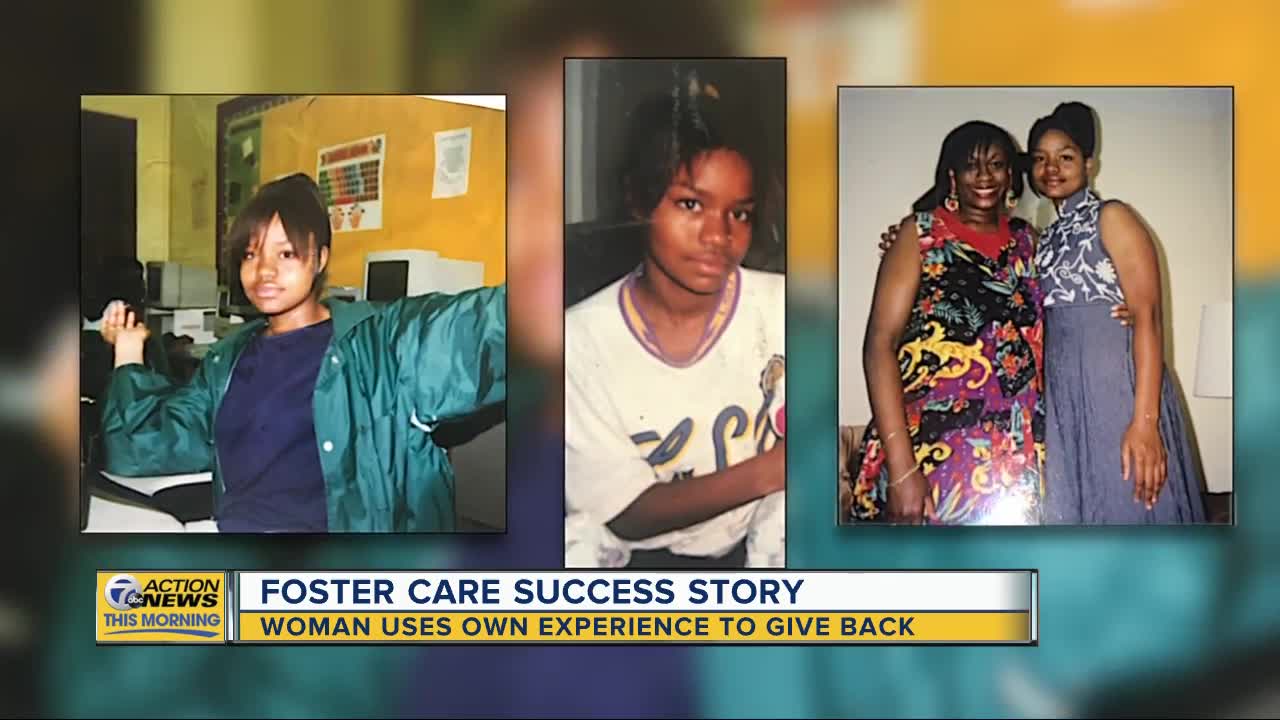 When she was only 12 years old, she became part of the foster care system through the Judson Center. Now, she’s working for Judson Center to pay it forward to other children.

REDFORD, Mich. (WXYZ) — When she was only 12 years old, she became part of the foster care system through the Judson Center. Now, she’s working for Judson Center to pay it forward to other children.

"I truly love what I do,” said Brandy Mason.

Brandy Mason is the Building Community Partnership Program Manager at the Judson Center. Her job is to successfully reunite families who’ve been separated through foster care, providing guidance and tools to make such families can live happy and health lives. Her work takes her to Wayne, Oakland, Macomb and Genesee Counties.

When Mason was born, her grandfather took over to raise her. At the age of 6, Mason says she was reunited with her mother, only to suffer physical and sexual abuse at the hands of her stepfather.

“My stepfather was a tyrant, he was a true tyrant, and he made our lives hell,” said Mason.

Mason spoke out about the abuse, was placed in the care of other family members and eventually ended up in foster care through Judson Center when she was 12.

It was not until she was 17 years old that she was reunited with her biological father, and was placed into his care.

She credits her social worker through the Judson Center for helping her through the pain and anger she felt after the abuse. Mason says being in foster care was her saving grace, and believes the abuse she suffered is now helping in the work she does today.

“I do believe that there was a purpose for my pain, I don’t think that everything I went through it was just for naught, it was a reason why God had my path to go through,” said Mason.

There are more than 13,000 children in Michigan’s foster care system and only about 6,000 available foster homes. Mason is urging anyone with a big enough home and heart to consider being a foster care parent.