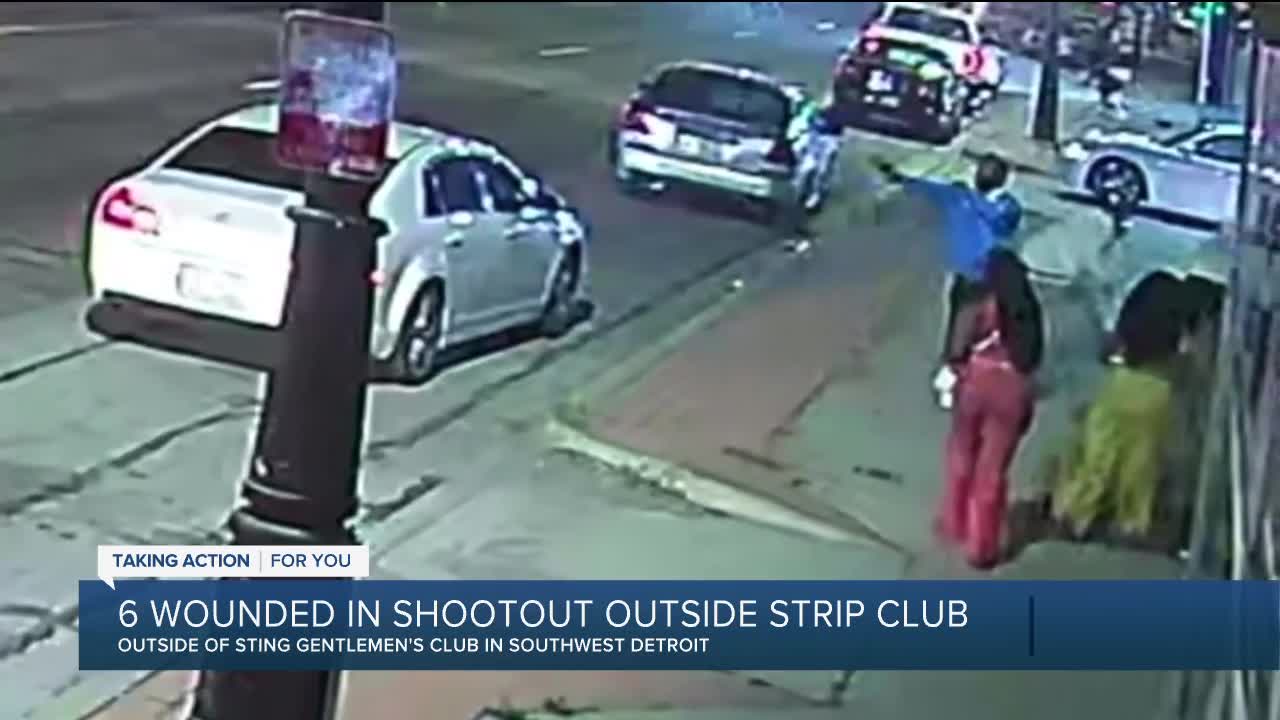 Six people were wounded in a shootout outside of a Detroit strip club early Monday morning. 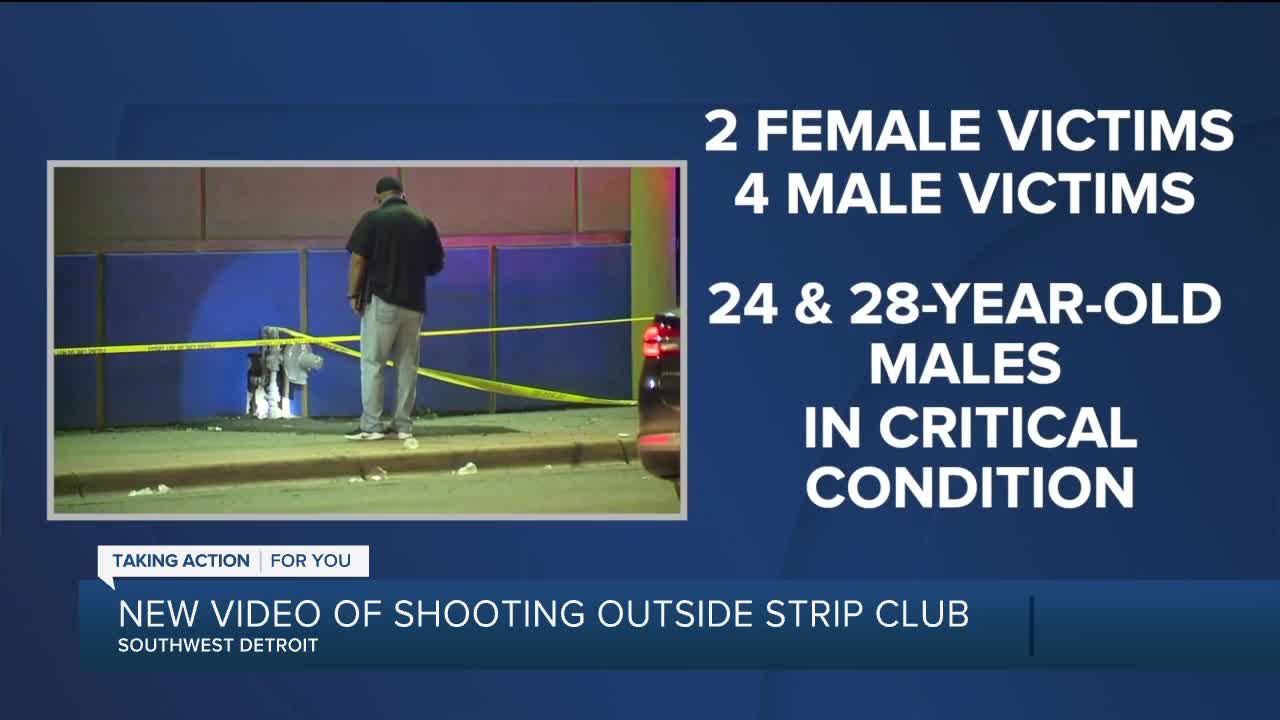 (WXYZ) — Detroit police say six people were shot in a shootout incident outside of a strip club in southwest Detroit.

According to police, four men and two women were shot just before 2 a.m. outside of Sting Gentlemen's Club on Michigan Ave. just west of Livernois.

VIDEO: The man in blue from previous stills, seen here on video provided from an area business owner. He's seen pointing the gun, ducking below a parked car, then taking off with several others in what looks like a gold colored SUV @wxyzdetroit @detroitpolice pic.twitter.com/3ZLS3FyP6g

We're told a 24-year-old and 28-year-old man are in critical condition. Two men, ages 28 and 25, and a 22-year-old woman, are in stable condition. Also, a 20-year-old woman was taken to the hospital but her condition is unknown.

According to police, a large group of people were outside the location when an unknown suspect or suspects fired multiple shots. Police say they're looking for multiple shooters.

A business owner on the block tells us the shootings outside the club are not uncommon.

Surveillance images from a nearby business show a man in blue pointing a gun, then ducking below a car on Michigan Ave. near Clipper. He's seen on video too pointing the gun and then jumping in an SUV parked across the street from the club.

According to the club's owner, people were leaving for the night when the shooting happened. None of the employees were involved in the shooting.