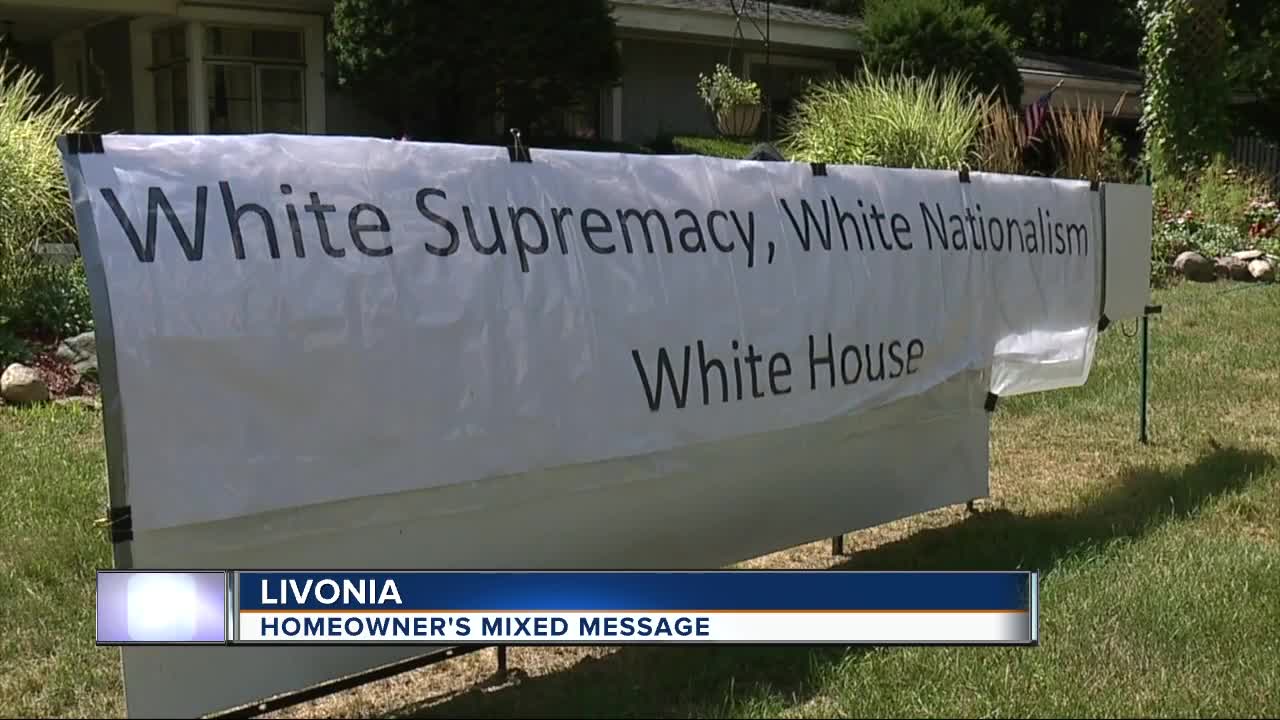 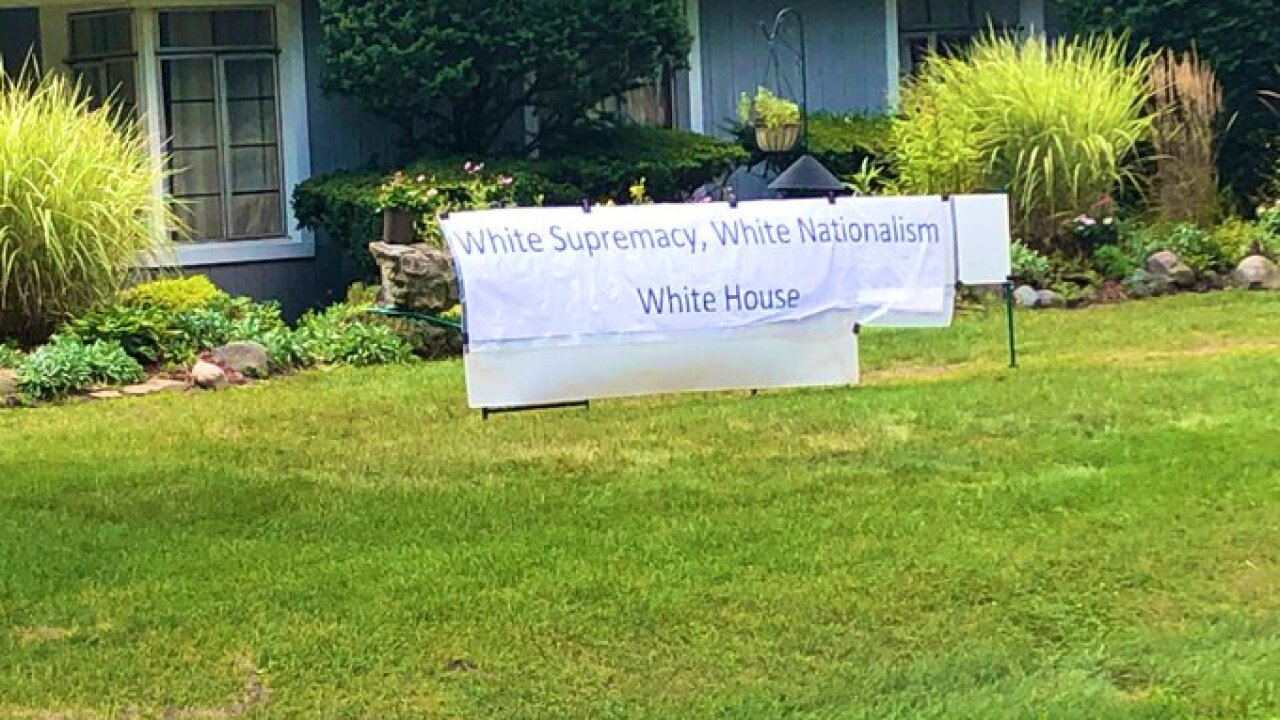 LIVONIA, Mich. (WXYZ) — A sign in front of a home in Livonia is causing controversy and confusion among neighbors. The sign says, "white supremacy, white nationalism, white house."

The homeowner said he doesn't mind offending people because it's thought-provoking, but for some, he might be sending mixed signals.

He tells 7 Action News that he is against President Trump and the sign is actually calling Trump a white supremacist/nationalist.

“Not at all, not at all. Those two comments on top, basically, should have an equals sign that points to the White House.”

Other signs in his front yard throughout the year have read, "Repeal and Replace Trump," "Prevent Truth Decay: Dump Trump," and "Children Don't Belong in Cages, Trump Does!" with a photo of stuffed animals behind a fence.

The homeowner says he doesn’t mind offending folks, because it is thought-provoking.

But, for some, he might be sending mixed signals... pic.twitter.com/lboHkMArrI

The man says he is anti-Trump and this sign is calling the president a white supremacist/nationalist.

Here are some of his other lawn signs: pic.twitter.com/5MmOzb8B7J

This was posted one winter pic.twitter.com/vDCL5qfcbL

He says this was the one before the current sign pic.twitter.com/dzVXknUFQZ