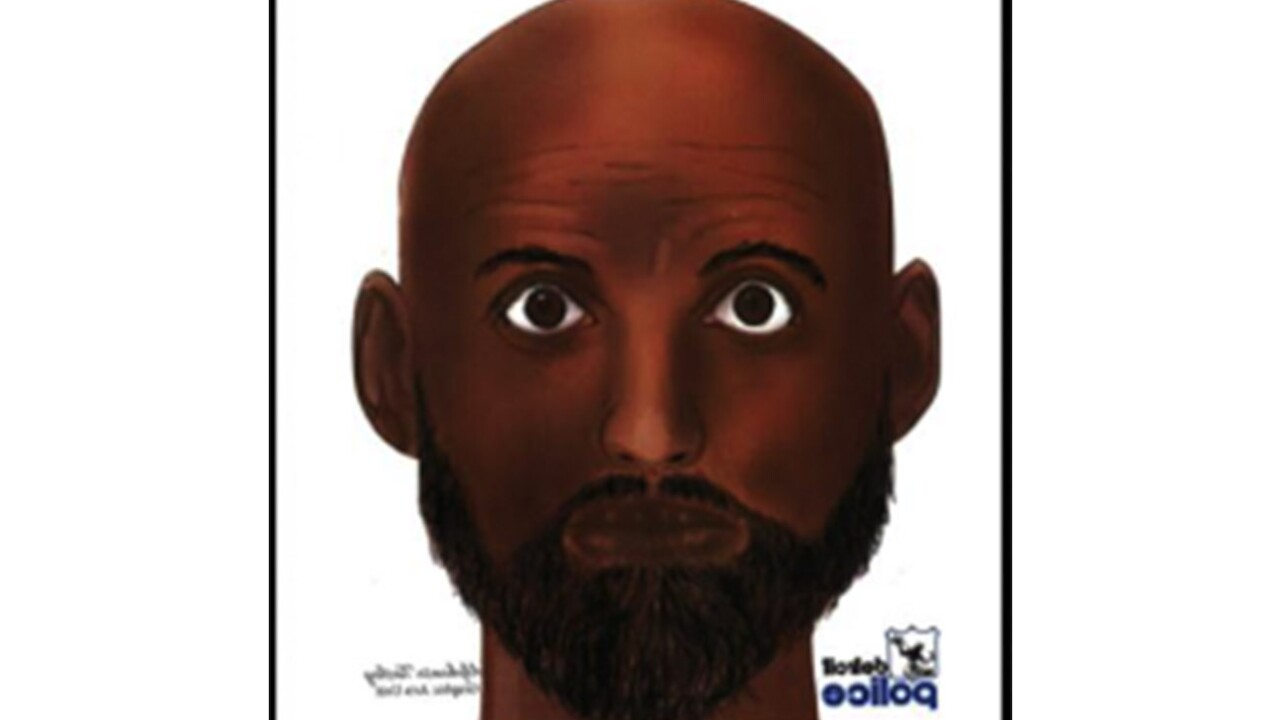 DETROIT (WXYZ) — Detroit police have released a sketch of a suspect in the rape of a 17-year-old girl on the city's east side.

The incident happened around April 26 on Hillcrest and Frankfort between 8 and 9 p.m.

Police say that after the rape, the suspect fled the scene.

He's described as a black man, 46 years old, 5 feet 4 inches to 5 feet 5 inches tall and is medium build. The suspect has dark brown eyes, a bald head, salt and pepper full beard. His lips are described as the same color as his skin complexion.

If you have information on the whereabouts of the suspect, please contact Detroit police or Crime Stoppers at 1-800-Speak-Up. A cash reward of $1,000 is being offered for information leading to an arrest.