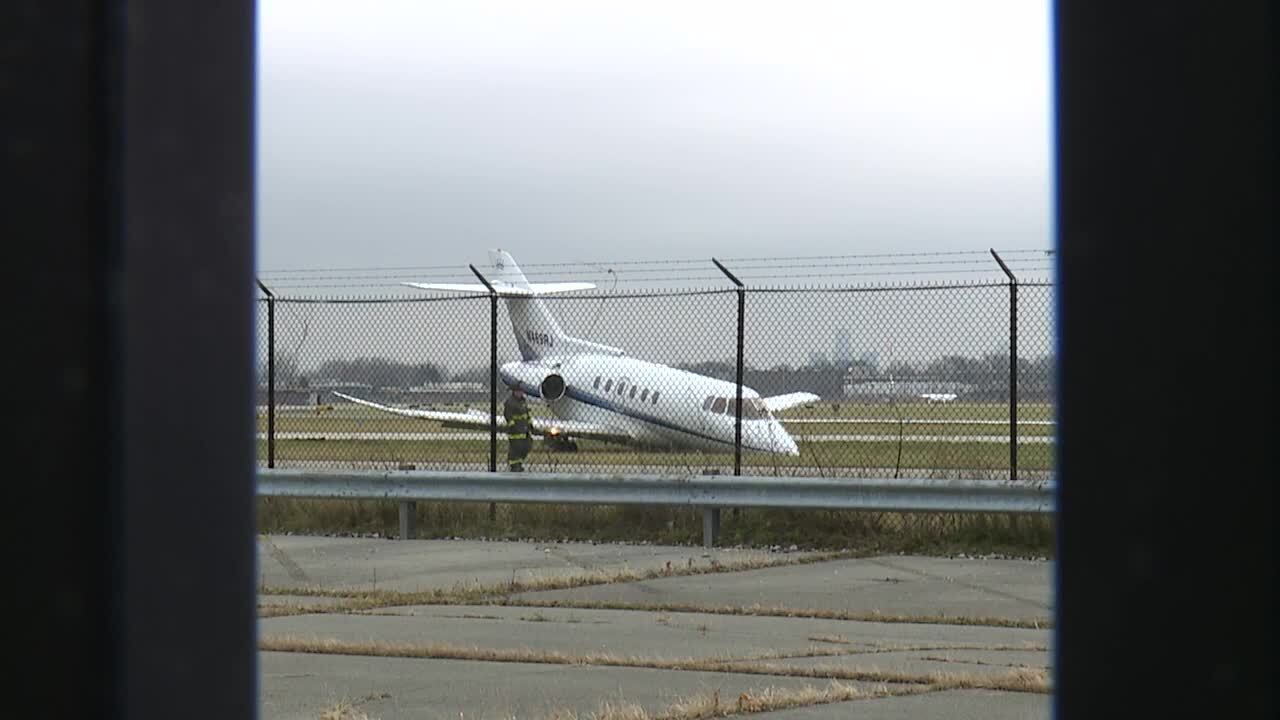 DETROIT (WXYZ) — A small plane crash was reported at the Coleman A. Young International Airport in Detroit.

The small personal twin engine jet was attempting to land at the airport and jet ran off the end of the runway, officials say. The plane had taken off from Willow Run airport and was only carrying the pilot and co-pilot – no passengers were on board.

There were no serious injuries sustained by the crew members.

"At this time, it does not appear runway conditions played any role in the incident," said Director Jason Watt. "The National Transportation Safety Board and the FAA will conduct a joint investigation into the accident."