Snow and cold closes out the year 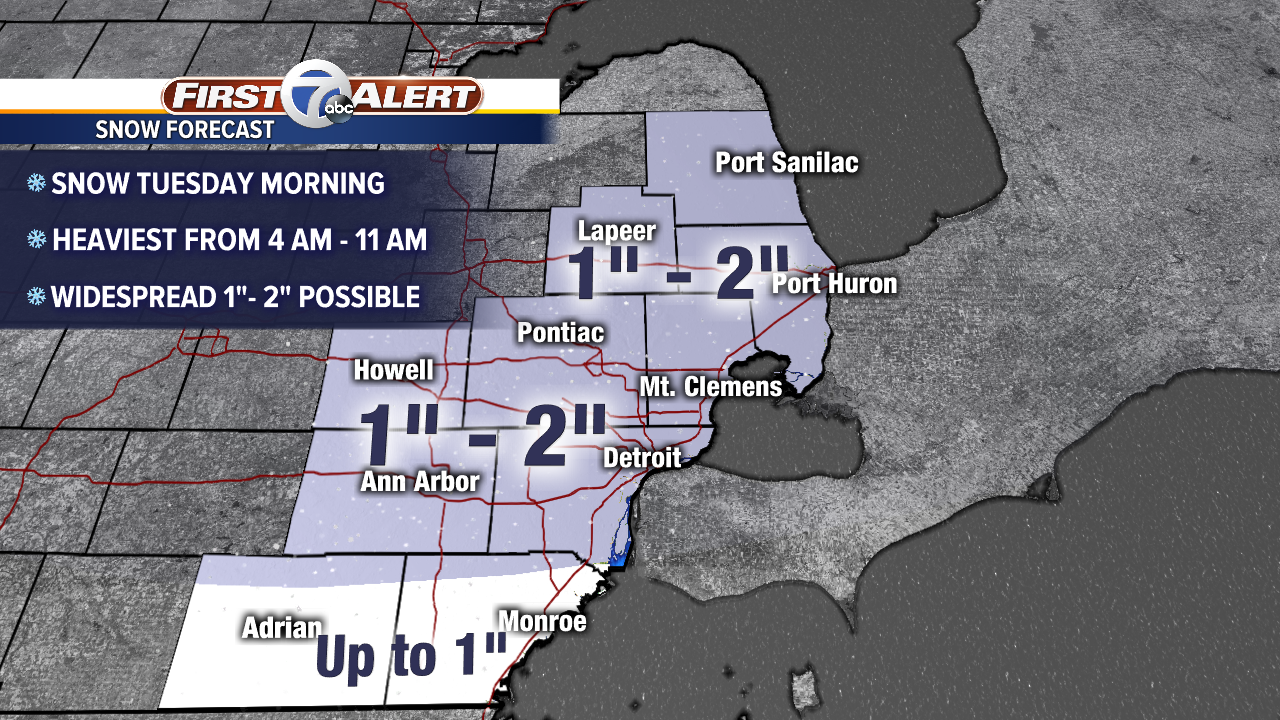 After round two brought some crazy winds to Metro Detroit, here comes the final round of this storm and it’s bringing colder temps and snow. Look for things to get started tonight and pick up towards the Tuesday morning drive from 4 am to 11 am. Even though this is the first time we’ve seen widespread accumulating snowfall since the Veteran’s Day Snow Storm back in November - we’re only expecting 1” - 2” across much of the area. Therefore, the issue isn't how much snow we'll see, it's more about the timing.

The heaviest snow bands will come through during the morning making for a slick Tuesday commute. Temps are expected to stay around 32 for much of the day, so snow is expected to stick. Since this is occurring during the holidays, we’ll at least be able to dodge the normal rush hour since most schools in the area are still closed.

Snow showers will taper off to just Flurries for New Year’s Eve. Be careful out there however, since a few slick spots will be around town. Once the temps drop, they’ll stay down for much of Wednesday bringing in the New Year on a chilly note.

Starting the new year with another warm up to kick off January. At the moment it doesn’t appear to be as warm of a start compared to December but it doesn’t look bad. Temps will be in the 40s with lows in the 30s. That’s nearly 10° - 15° above average.