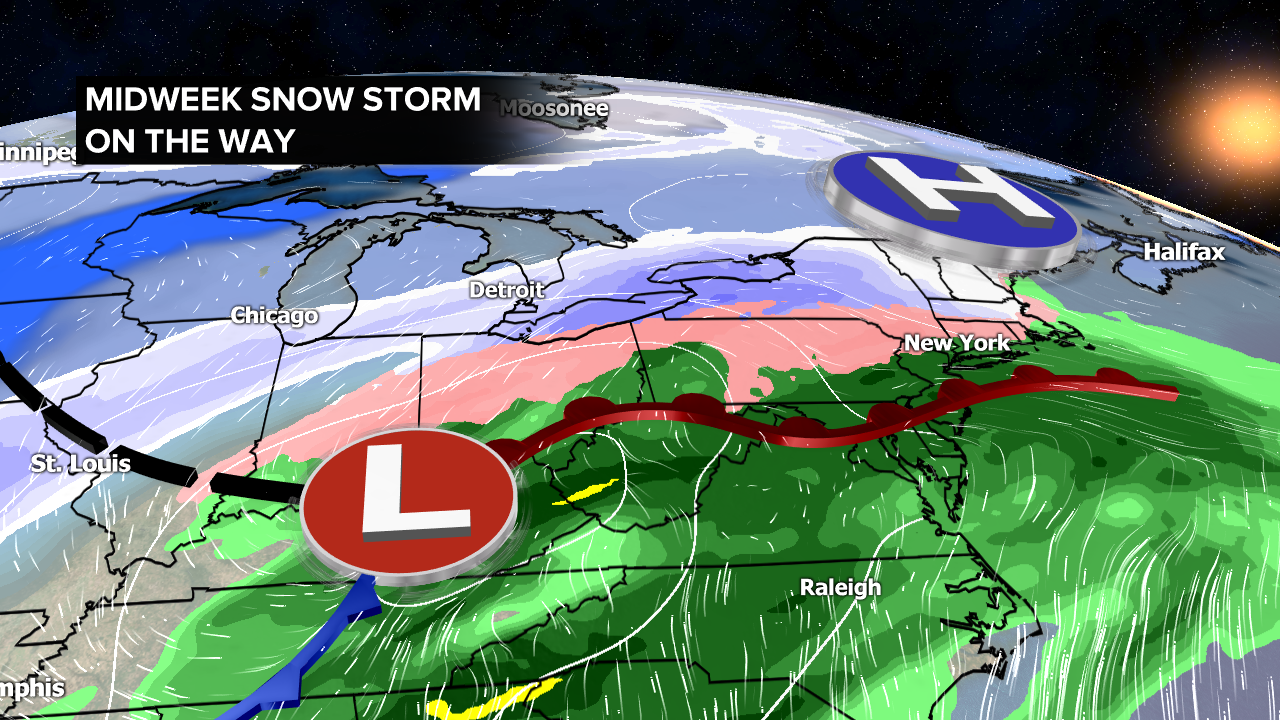 Winter storms have been sporadic for Metro Detroit so far this season but we’re tracking one this week for Wednesday night into Thursday morning. There’s a lot of disagreement with the intensity and track of this storm - so lets focus on what we’re most confident in first.

It looks likely Metro Detroit will pick up 2”- 3” of snow by Thursday morning’s rush hour commute. The timing is poor, which could lead to bad road conditions, delays and some school closings in some areas. Sleet could mix in as well although the best likelihood for this to occur is south of Detroit.

Additional snow Thursday afternoon into Friday morning is still in question since there's low confidence in the storm track during this time frame. It is possible for the entire area to pick up an additional 1” - 2” of snow or more by Friday morning if the track is closer to Metro Detroit. We'll keep you updated on the changes.