“So the computer got it wrong.” Metro Detroit man calls for change after wrongful arrest due to facial recognition technology 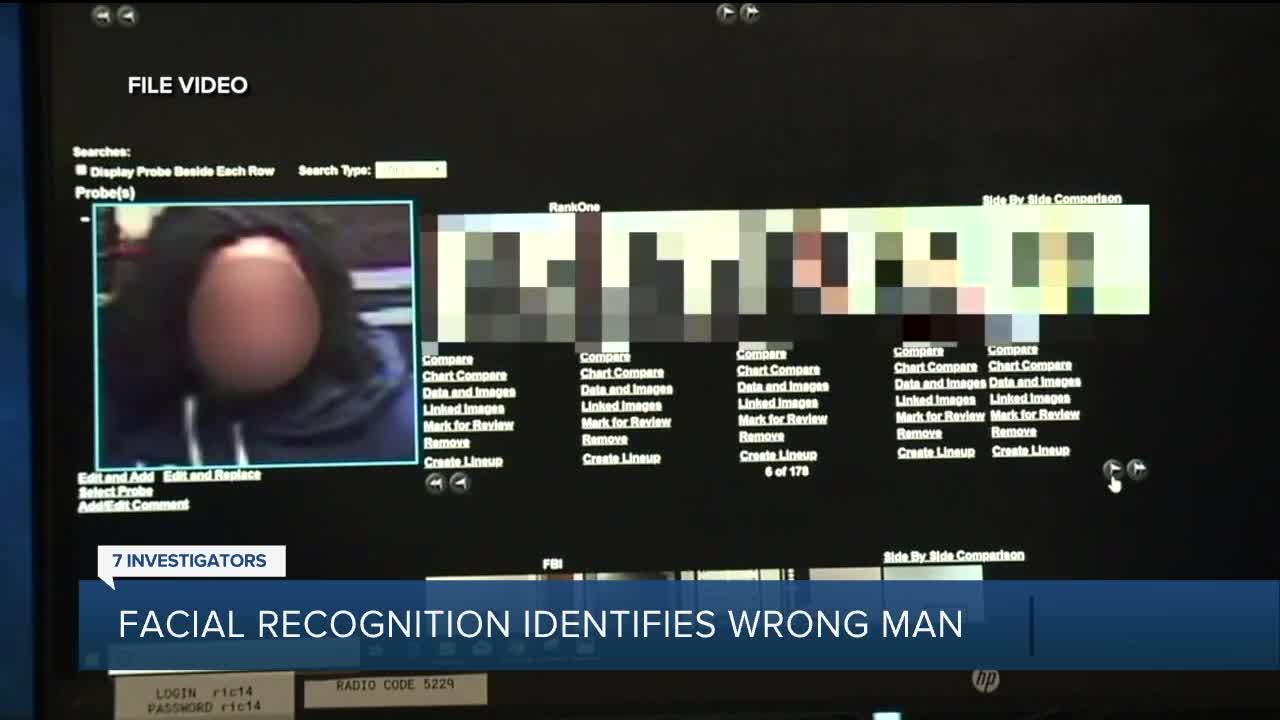 Robert Williams says he was wrongly arrested based on the Detroit Police Department’s use of a controversial facial recognition software program. 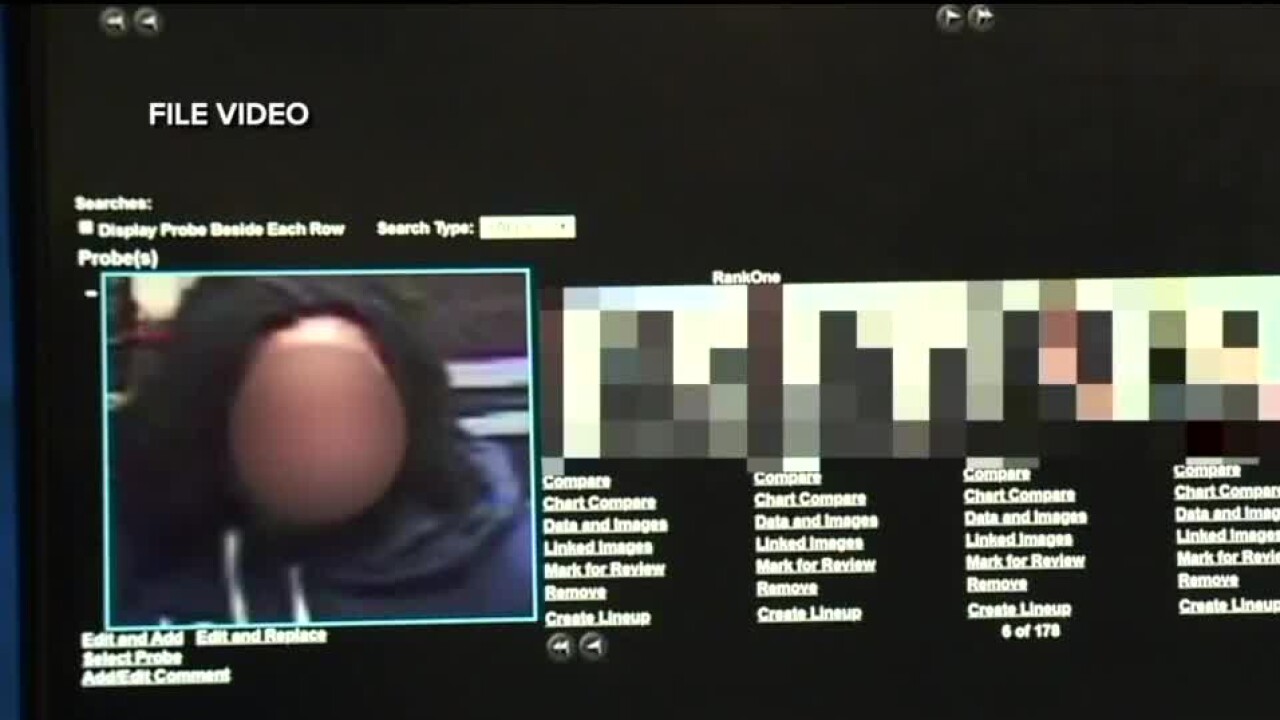 (WXYZY) — Robert Williams says he was wrongly arrested based on the Detroit Police Department’s use of a controversial facial recognition software program.

The 42-year-old was accused of stealing $3,800 worth of Shinola watches, allegedly during an incident in October of 2018.

Williams says his drivers license photo was compared to a grainy surveillance video image of a man inside the Shinola store.

The father of two says he will never forget the day Detroit police arrested him in his own driveway, in front of his wife and young daughters. It happened back on Jan. 9 at their Farmington Hills home.

“They speed up and block me into my driveway, and make sure I couldn’t pull out," Williams said. "I got out of the car, the officer asked me my name, I gave him my name. and he told me I was under arrest."

Before the arrest, officers had called Robert's wife, Melissa, looking for him. She thought it was a prank.

“They said we’re assuming you’re his wife or his baby momma, or your not together any more. And I said excuse me that’s my husband,” said Melissa Williams.

Williams and his lawyers say he was held for 30 hours inside the Detroit Detention Center. When he was finally questioned about the theft of $3800 in pricey watches from the Detroit Shinola store, officers showed him several photographs of a suspect.

“He flips another piece of paper and says I guess that’s not you either," Williams said. "And that’s when I guess I offended him, cause I held a paper up [next to my face], and said, ‘I hope you don’t think all black people look alike.’ Right? I believe that’s when he told me, by flipping the third paper, ‘so the computer got it wrong.’”

“That was the moment that we all learned that facial recognition technology was used to identify and falsely identify my client for a crime he didn’t commit," said Victoria Burton-Harris, who defended Williams against the felony criminal charges. "They never bothered to ask him the basic question of where were you on this date at this time.”

The Wayne County prosecutor later dismissed the case, but Williams’ lawyers say, Kym Worthy’s office and DPD refuse to turn over the evidence in the case, despite repeated requests and court orders.

“There’s nothing preventing the prosecutor from saying they won’t bring this meritless charges against Mr. W again except for their intransigence,” said Phil Mayor, Senior Staff Attorney for the ACLU.

That’s why the ACLU of Michigan filed a formal complaint today with the Detroit Police, asking for a public apology. They also want them to stop using this controversial facial recognition technology.

“The DPD also is not supposed to rely on these identifications as a complete basis for arrest. But in essence that what they did,” Mayor said.

Burton-Harris, who is running for Wayne County Prosecutor in the upcoming August primary, says the case should not have relied on the facial recognition technology.

“This was not an isolated incident. As a defense attorney it is almost impossible to know if and when facial recognition technology is used in a case,” said Burton-Harris. “They relied on this faulty technology that was tested on white men, not black people, that mistook Michelle Obama for Oprah. And they relied on that and allowed it to form and frame every thought they had subsequently about whether my client actually was guilty.”

"Because you might fit a description and nobody does any investigation behind it," he said. "How much different would this be if this was a murder charge? Would I have came home to my family."

Williams' wife adding that the system is flawed.

“I have a black husband, this technology is flawed, and is wrong often about brown faces. The fact that it happened to us, and could happen to anyone, it’s scary,” she said.

Wayne County Prosecutor Kym Worthy released this statement about the arrest and prosecution of Robert Williams:

In August 23, 2019, Mr. Williams was not in police custody when he was charged with Retail Fraud First Degree in connection with a theft that took place in a Shinola store in Detroit. In January 2020, Mr. Williams was arrested and subsequently arraigned on January 10, 2020 and received a $1000 bond. On January 23, 2020, the case was dismissed without prejudice at the next court action, the probable cause conference. The case was dismissed by WCPO on its own motion because a supervisor reviewed the case and determined there was insufficient evidence to charge Mr. Williams.

The New York Times reporter was informed that the case had insufficient evidence and was dismissed because the Shinola security official who was shown the photo line-up was not physically present during the crime. The security person had seen and retrieved security video that was provided to Detroit Police Department. Based on that video, facial recognition was used to identify Mr. Williams as a suspect. Only the security person was shown the photo line-up when there was a store clerk who was present at the scene who was not shown the photo line-up. The police were advised by WCPO that if the warrant was re-submitted, the investigation must include presenting the clerk who was in the store at the time of the crime with a photo array to determine if an identification could be made. Since the dismissal of the case, DPD has not presented WCPO with a new warrant.

WCPO was informed yesterday that the clerk at the scene declined to cooperate in the investigation. As a result, the case remains dismissed without prejudice. The case cannot be dismissed with prejudice. A dismissal with prejudice can only occur if the statute of limitations has expired, or there is a legal bar to reauthorization, such as double jeopardy. Double jeopardy prevents the re-trying of a case when a person is acquitted. That is not what happened in Mr. William’s case and therefore a dismissal with prejudice is not legally possible.

Prosecutor Worthy said: In the summer of 2019, the Detroit Police Department asked me personally to adopt their Facial Recognition Policy. I declined and cited studies regarding the unreliability of the software, especially as it relates to people of color. They are well aware of my stance and my position remains the same. Any case presented to my office that has utilized this technology must be presented to a supervisor and must have corroborative evidence outside of this technology. This present case occurred prior to this policy. Nevertheless, this case should not have been issued based on the DPD investigation, and for that we apologize. Thankfully, it was dismissed on our office’s own motion. This does not in any way make up for the hours that Mr. Williams spent in jail.