Some Amazon shoppers report having trouble with Prime Day checkout 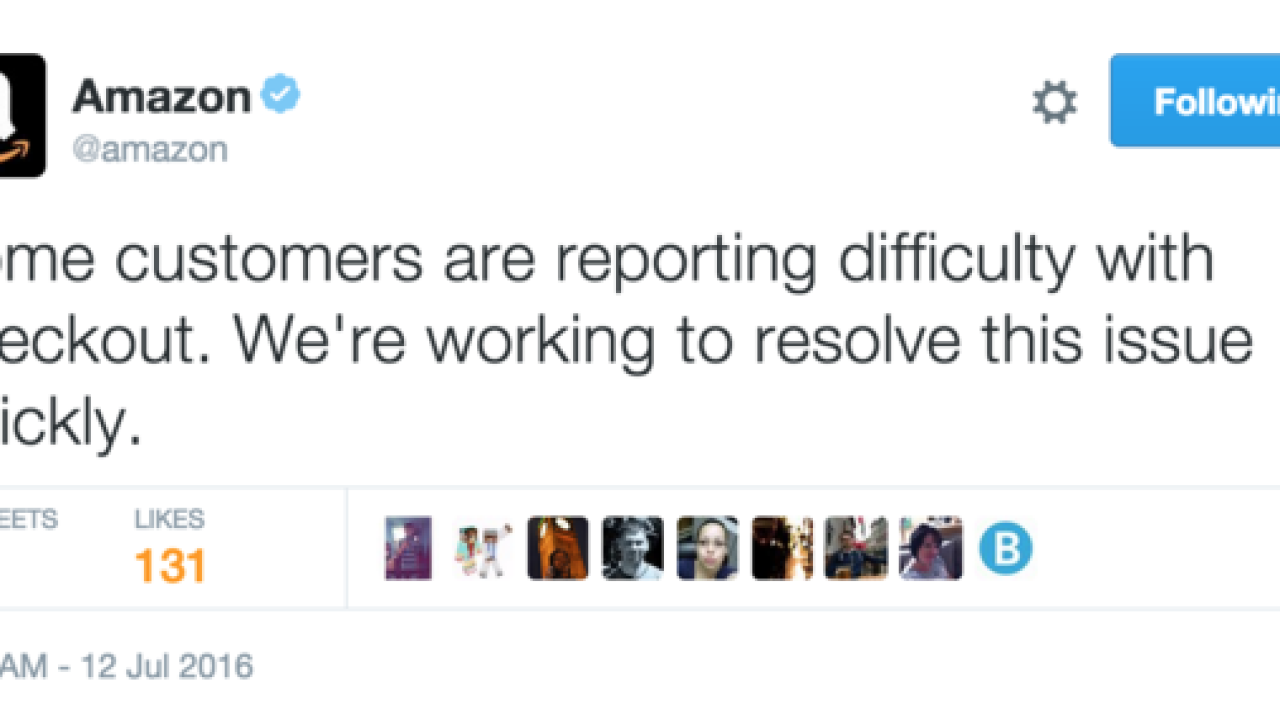 The shopping event that attempts to rival Black Friday and Cyber Monday is experiencing a hiccup this morning.

Some people have reported trouble checking out with Amazon Prime Day deals.

Amazon acknowledged the issue early Tuesday morning, tweeting that they are working to resolve the problem.

@amazon Sad to wake up early for Prime Day & NOT be able to add to cart. #PrimeDayFail

Some customers are reporting difficulty with checkout. We're working to resolve this issue quickly.

Here are just a few examples of the savings to be found on Amazon today:

This year's Prime Day will include similar items, but is adding more. Customers may book an Amazon Home Service and get $40 cash back on anything that costs $75 or more.

Learn how to join Amazon Prime

Customers will also find 15 percent off of select warehouse deals in the lawn & garden, books, home improvement and automotive categories. Those deals will be good through the end of July, Amazon announced.