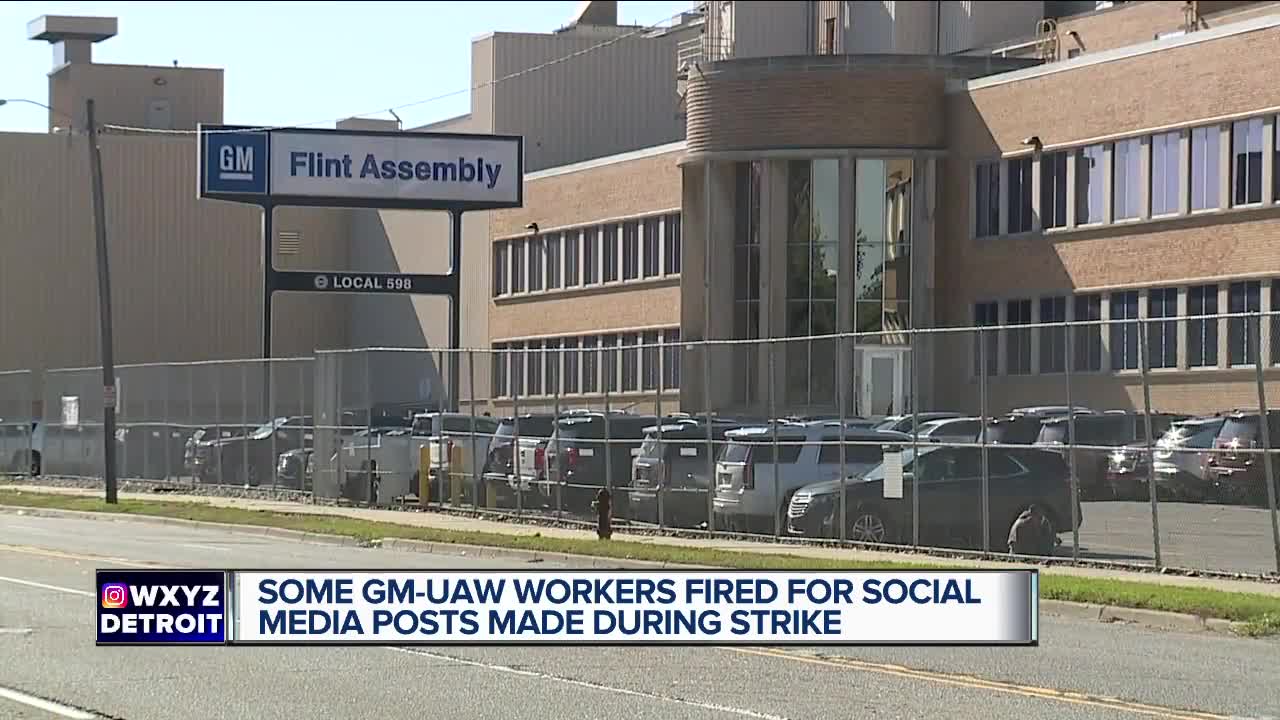 7 Action News has confirmed some UAW-General Motors workers at Flint Truck Assembly have been fired for what they posted on social media during the 40-day strike.

(WXYZ) — 7 Action News has confirmed some UAW-General Motors workers at Flint Truck Assembly have been fired for what they posted on social media during the 40-day strike.

We're told that the posts on social media were threatening, or there was a violent incident on the picket line, which resulted in their termination.

According to sources familiar with the situation, one worker posted a bomb threat. Another worker was fired for smashing a windshield of a car with a woman and child in the car near a picket line during the strike. No other details were provided.

One worker who doesn’t want his name used says he was fired for posting comments that he was “going to crack some eggs” out of frustration and he was not threatening any violence including with any weapons.

Still, he says he was pulled into a meeting when he came into work thisMonday morning and confronted by GM Global Security showing him pictures from his Facebook page and was fired on the spot.

Another worker posted on his Facebook page this weekend he was also fired after a meeting.

We are not being told the exact number of workers being fired. The employees in Flint are members of UAW Local 598. We are told local grievances have been filed on their behalf.

We have also learned that GM has a zero-tolerance policy against any threat of violence against the company. One newer worker told us as they are going through orientation have to sign an acknowledgment that they are aware of the policy.

“We can confirm the employees have been dismissed from Flint Assembly due to violations of company policy. Our team members play a critical role in our success, and the new four-year labor agreement recognizes those important contributions with an industry-leading wage and benefit package. As we restart operations, we are moving forward as one team and staying focused on our priorities of safety and building high quality vehicles for our customers.”

The UAW International gave us this statement:

"All issues will be addressed through our Local Unions and our contracts’ grievance process which applied during the work stoppage."