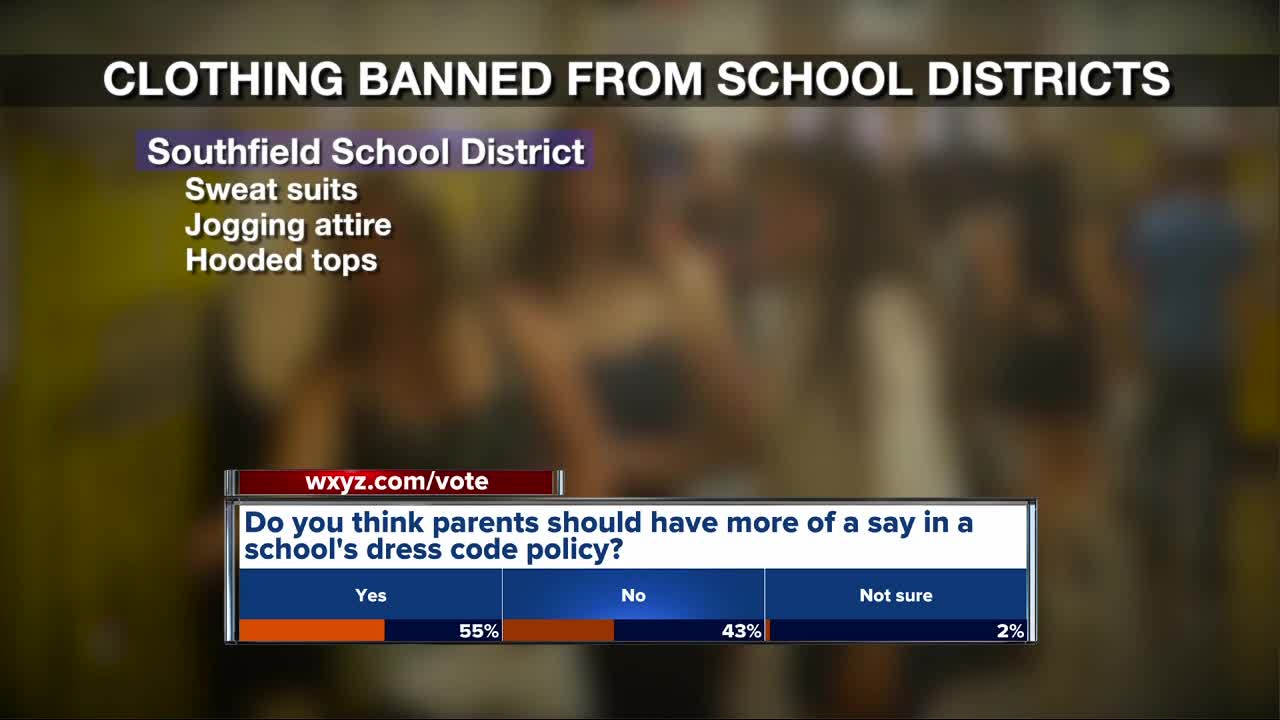 Parents who have children in the Southfield School District have been complaining about the district’s dress code policy. 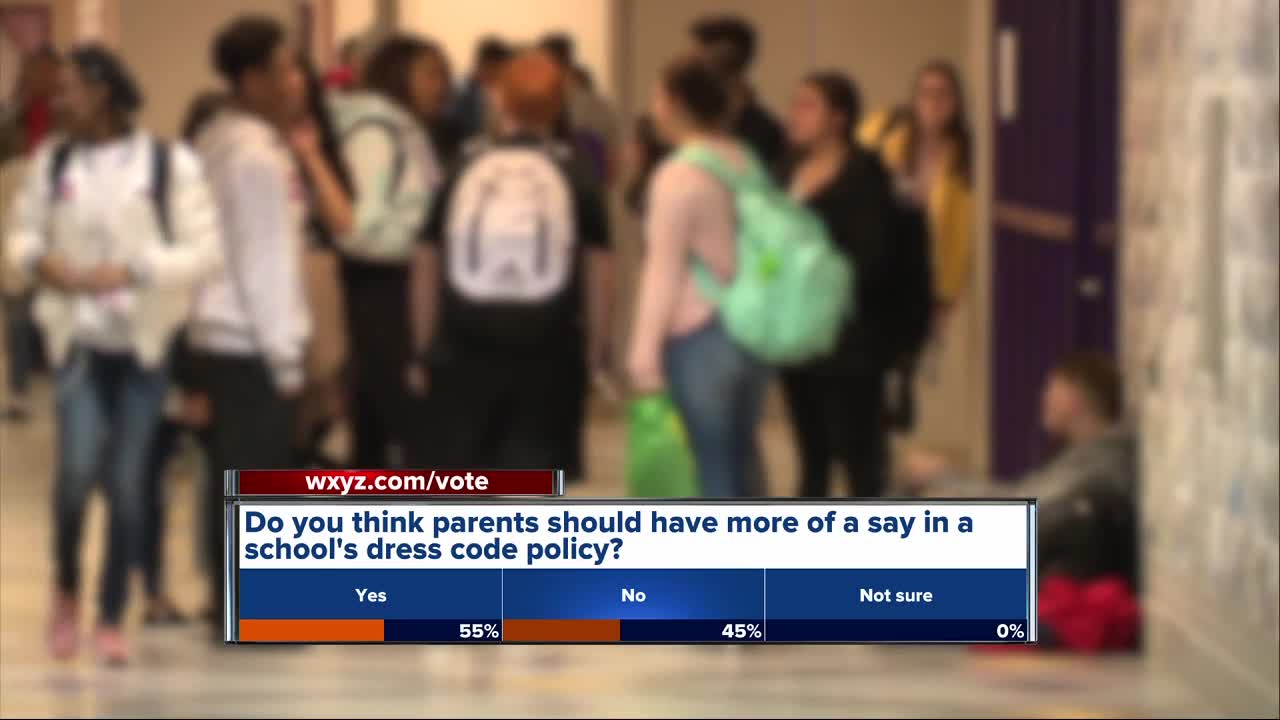 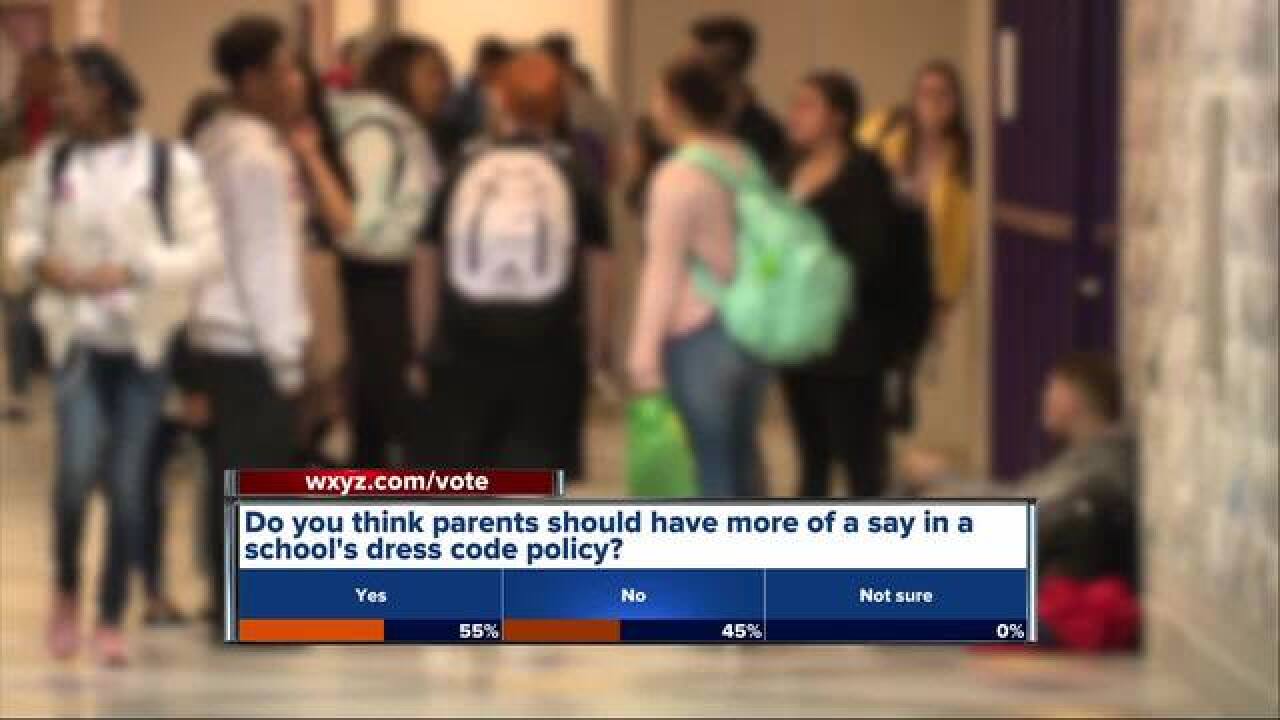 Parents who have children in the Southfield School District have been complaining about the district’s dress code policy.

The superintendent says they’re concerned about the inconsistent enforcing and the ability people have to purchase the items that are outlined in their dress code guidelines.

One of the things banned from the district are hoodies and parents on social media say that’s not fair when they can be purchased from the school stores.

The district has created a dress code committee that’s working on a recommendation to update the policy, making sure parents are involved.

“We always want to bring them to the table at the beginning of the process and not at the end of the process," Superintendent Dr. Jennifer Martin-Green says. "Ultimately, they are the decision-makers in their home and they will be the ones responsible for enforcing whatever policy is put forward."

Southfield is not the only district that bans a specific type of clothing.

Parents we spoke to say they’re against any district having a hoodie ban and they think parents should have a say in the schools dress code policy.

The superintendent says they’re working to make sure the dress code is clear and concise.

“Preparing our students for college and career readiness and relative to the dress we want them to see that whatever decisions they make, they’re all tightly coupled with their career aspirations as well,” Dr. Martin-Green says.

There’s no specific date on when these recommendations would go to the board.

If approved, the superintendent says the new changes wouldn’t go into effect until next school year.