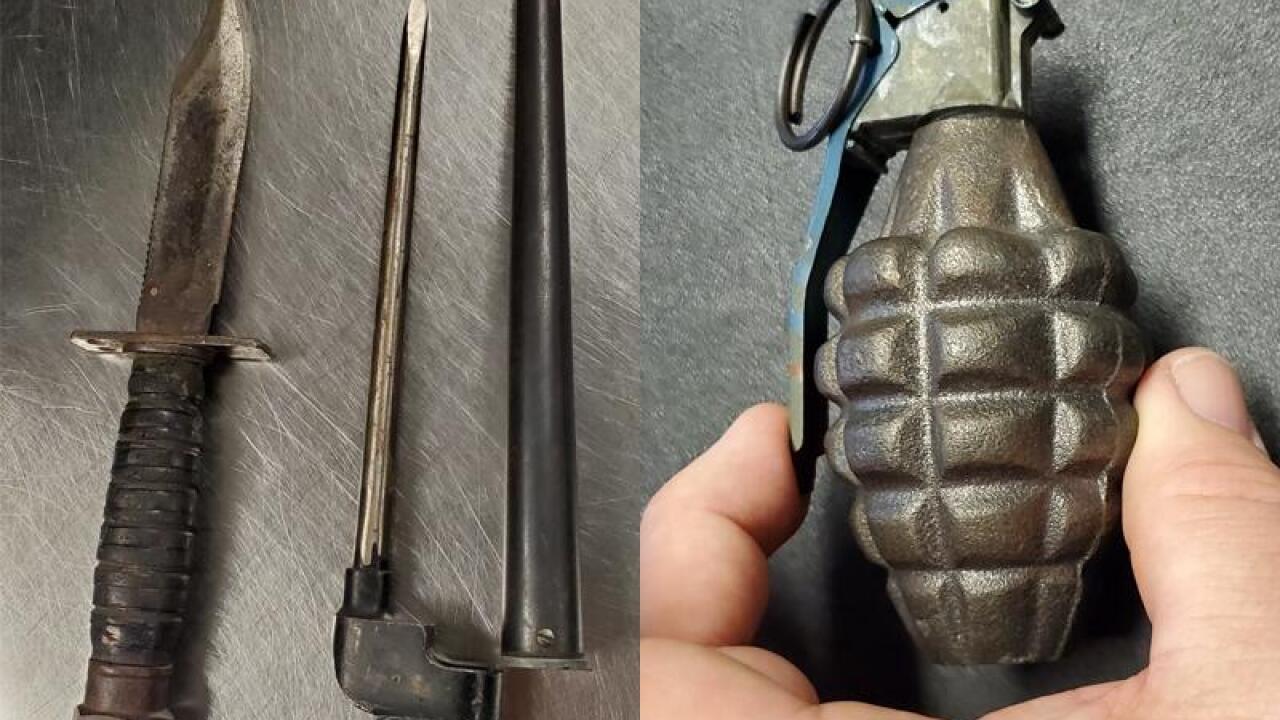 ROMULUS, Mich. (WXYZ) — The TSA released its weekly review of things they confiscated at airports across the country, and in Seattle, two military-style items were taken.

According to the TSA, a budding military weapons collector brought an empty grenade, a fixed-bladed knife and a bayonet in their carry-on at Detroit Metro Airport.

They say they had to shut down the Wayne County security checkpoint lane for about 24 minutes on Oct. 12 while explosive specialists cleared the device.

Editor's Note: The TSA blogger originally reported this event happened at Detroit Metro Airport in a blog on Nov. 6. The TSA updated 7 Action News on Friday, Nov. 8 to tell us the blogger a mistake and the event actually happened in Seattle.