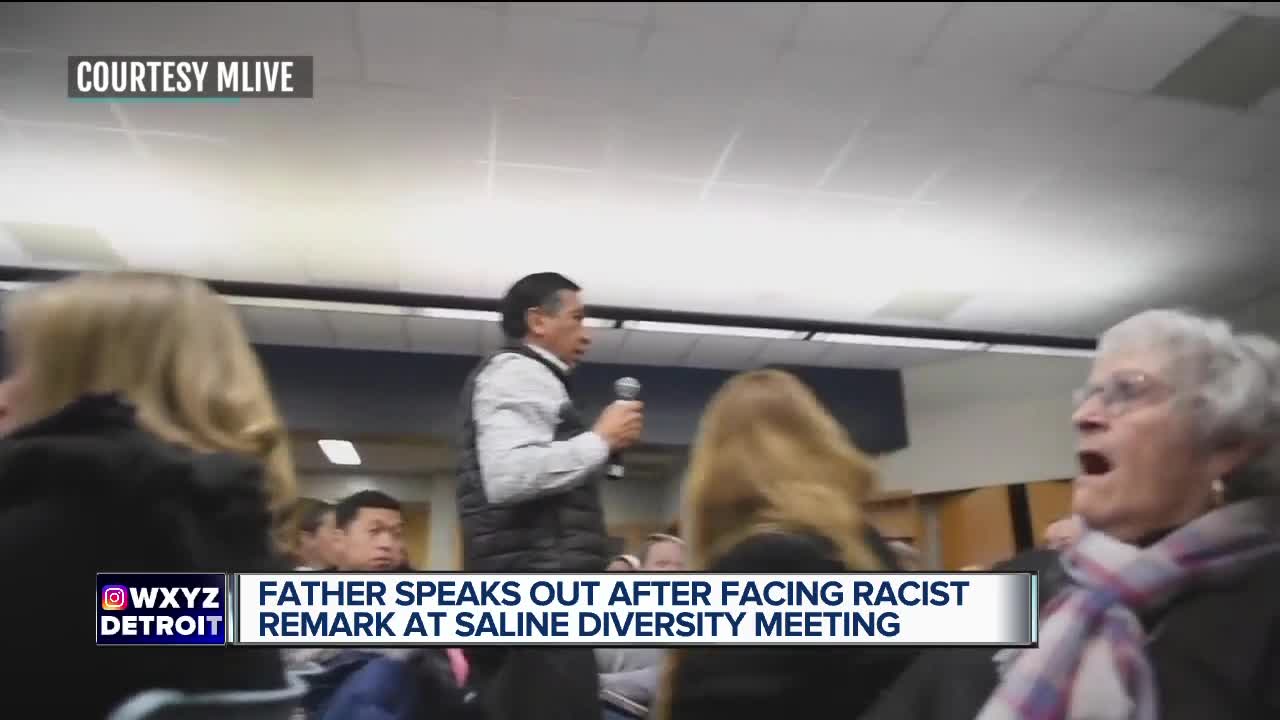 A man is speaking out after another man asked him at a Saline-area schools community meeting, “why he didn’t stay in Mexico.”

(WXYZ) — The son of a man who made a racist remark during a diversity meeting at Saline High School posted on social media that his dad's views do not match his own.

On Monday, Adrian Iraola was speaking about the racism his kids experience at the high school when a man stood up and asked, "why didn't you stay in Mexico?"

That meeting was about inclusion, equity and diversity following an incident involving racist messages shared on Snapchat among students at Saline High School.

In a post on Facebook on Monday night, Matt Burtell posted, "Today my father asked a deliberately racist question at the Saline Area Schools diversity and inclusion meeting. His views of hate in no way represent my own. I stand in solidarity with the refugees and immigrants of the world."

"This gentleman made it obvious to everybody that this is present and real and ugly," Iraola said.

7 Action News did try to get in contact with the other man but had no luck.

Iraola says since the outburst, customers have come to his restaurant Chela’s showing their support. He says what happened during that meeting Monday is another learning experience. It's an example of what needs to end.

"It’s not too late to help others," Iraola said. "It’s not to late too remedy the situation and help people understand more needs to be done, so that children that are in the school system today and those that may come tomorrow don’t have to endure this type of emotional abuse."

7 Action News reached out to the school district multiple times for comment but has not heard back.