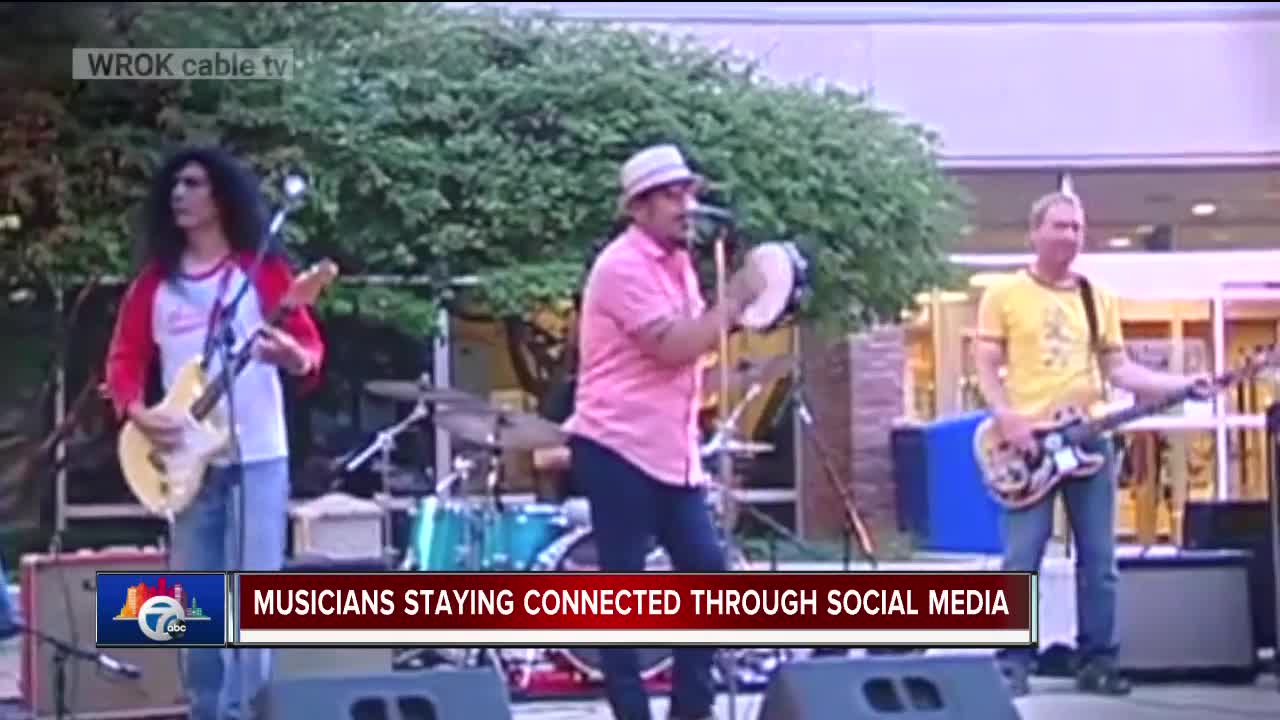 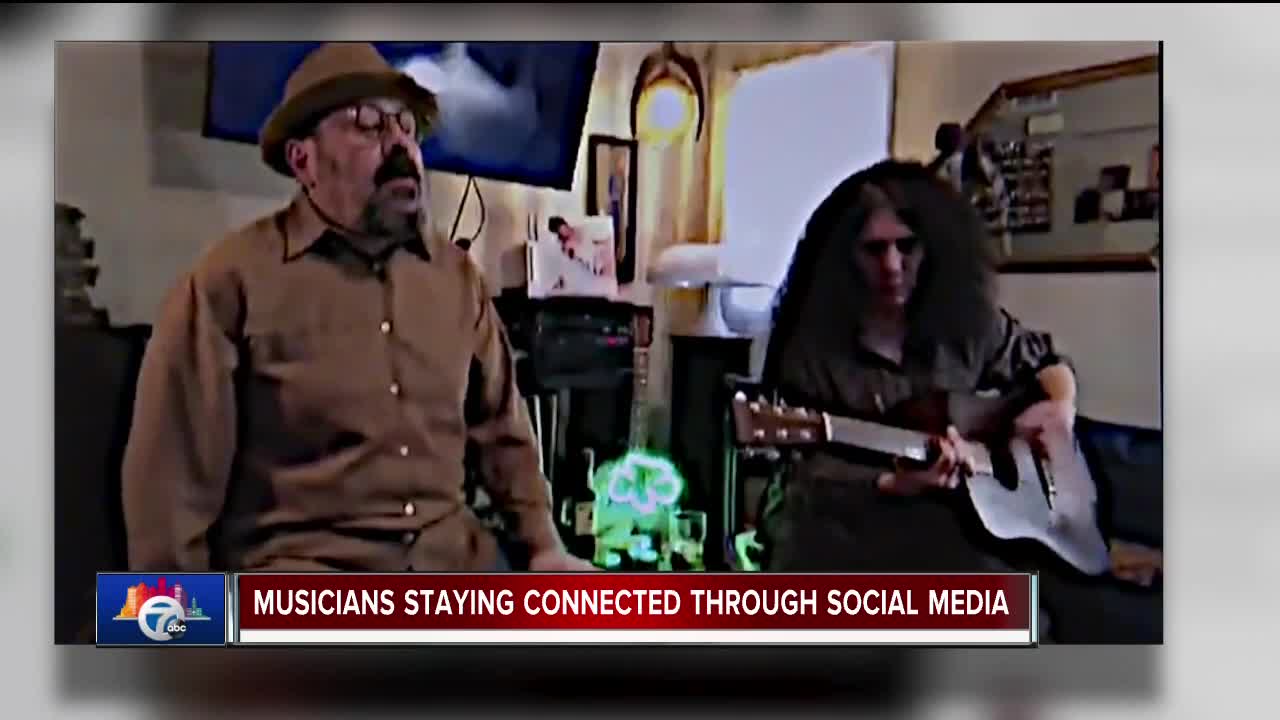 MADISON HEIGHTS, Mich. (WXYZ) — Every Friday, as part of our 7 in your Neighborhood series, we feature the people and places that make metro Detroit special.

As our lives have changed and home isolation has become the norm, we’ve seen…and heard some special moments that have kept us moving forward.

Now trending are virtual concerts from artists like Pink, John Legend and Garth Brooks and in our own community. Local artists are reaching out to their fans in new creative ways.

"Music is so important to people. It reminds them of something beautiful or sad. So many emotions can be felt through music," said James Wailin of the Detroit-based band, The Reefermen.

The lead singer had gig after gig canceled as the coronavirus put a halt to public gatherings. So, on St. Patrick's Day, Wailin and guitar player, Bobby East, did a Facebook fundraising show in his living room.

"It was a way for us to try to reach out to our fans and reach out to people to give them some entertainment," said Wailin.

With 2,500 views, they raised $3,000 in contributions for their living expenses while the music scene is silenced.

"During the performance, there was so many comments from people thanking us for keeping them connected," said Wailin.

Ferndale singer-song writer Jill Jack has been performing for 30 years.

"I will say, I can hear my dad’s voice saying, I told you to get a real job and it’s hard to talk about it without crying," said Jack.

Before the governor's mandated stay-at-home order, she and a small group live streamed a songwriter's round at 20 Front Street in Lake Orion without an audience.

"I know, for me as an artist, I like, dug so deep emotionally, 'cause it wasn’t hard to do because we’re all emotional wrecks, but to really give off what I have to people," Jack said.

"People were responding, people said they were crying. People said it was just what they needed," Jack said.

Music is bringing comfort during difficult times, and now, Jack is posting solo shows on Facebook.

"Whether it be concerts, however, to do it, in my living room, I’ll move it around. Every room, something different. You know, maybe in my pajamas one night, we’ll have a pajama party," Jack said.

Both artist continue connecting to their community to support each other through music.

"I have a fan right now that’s posting all these videos he took throughout the years," Jack said.

Helping the community cope through music.

"I believe music is medicine for the soul," Jack said.

"Tune into your streaming…your yoga studio, your fitness studio, your church, your local musicians, it’s important for us to all stay connected because we’re really divided apart right now," said Wailin.

We've added links to a a few Detroit musicians performing for you to enjoy.

Sean Blackman and James Wailin on the deck