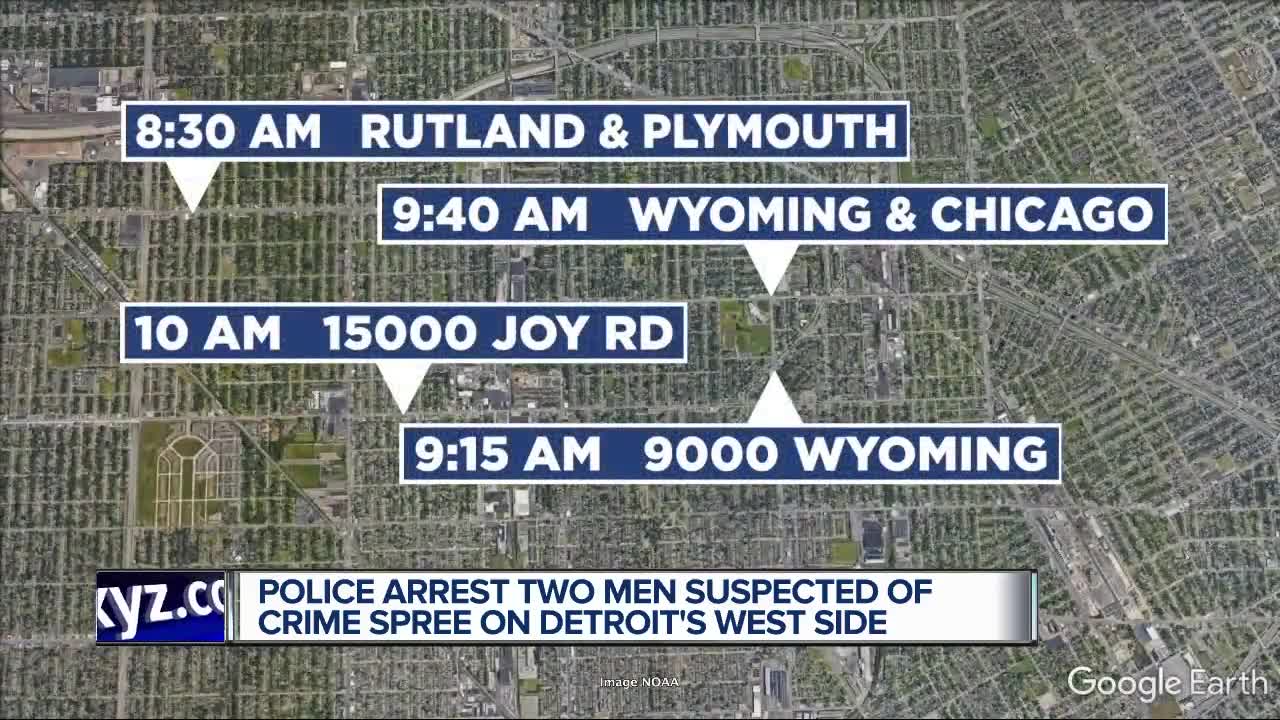 Police have two men in custody in connection with a crime spree on the city's west side.

DETROIT (WXYZ) — Detroit police have arrested a 28-year-old man and a 31-year-old man in connection with a string of crimes that took place Monday morning on the city's west side in the span of just 90 minutes.

Investigators from DPD's Commercial Auto Theft Section (CATS) spotted the suspects in the area of Trinity and Joy Road near a vehicle they allegedly stole at gunpoint from a woman who was parked outside a school on West Chicago at Wyoming.

It's believed the same men robbed a woman outside another learning center across the street from the school where the woman was carjacked.

Detroit police say the men also attempted to carjack a 64-year-old man near Rutland and Plymouth. And they're also tied to the robbery of a man walking in the parking lot of a shopping plaza on Joy Road near Robson.

It's possible there could be more arrests as police say the investigation remains open.