Sexual abuse victim to ex-doctor: 'You are a repulsive liar' 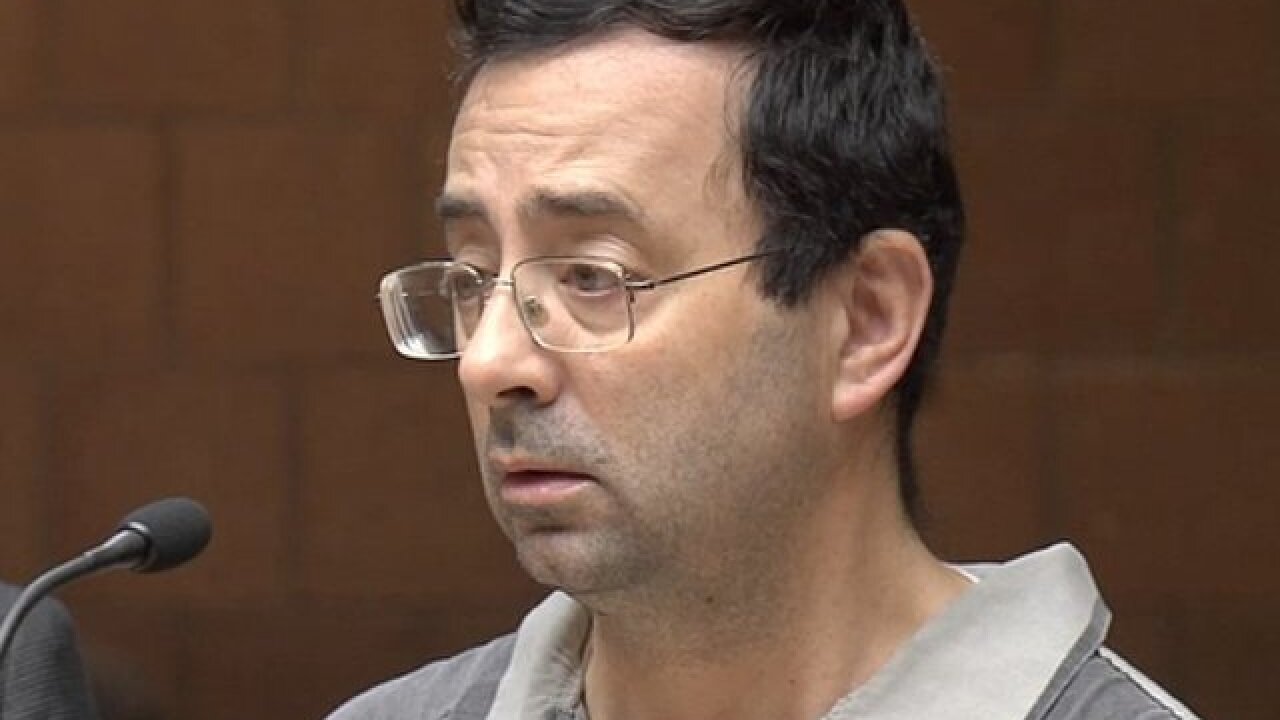 One of the dozens of victims expected to testify at the sentencing hearing of a disgraced former Michigan sports doctor on Tuesday described the sexual abuse Larry Nassar inflicted on her as a child and warned him that "little girls don't stay little forever."

Kyle Stephens was the first of nearly 100 women and girls who will be allowed to speak or will have their statements read by others during the extraordinary four-day hearing in Lansing, Michigan. Nassar pleaded guilty to molesting females with his hands at his Michigan State University office, his home and a Lansing-area gymnastics club. He also worked for Indianapolis-based USA Gymnastics, which trains Olympians.

"I testified to let the world know that you are a repulsive liar," Stephens said to Nassar, 54, who bowed his head with his eyes closed as she and others spoke. She said Nassar repeatedly abused her from age 6 until age 12 during family visits to his home in Holt, near Lansing. She said he rubbed his genitals on her and digitally penetrated her, among other things. She said Nassar later denied it, and her parents believed him.

"Perhaps you have figured it out by now, but little girls don't stay little forever," Stephens said. "They grow into strong women that ... destroy your world."

Another statement came from Donna Markham, who told of how her daughter Chelsey committed suicide in 2009, years after Nassar sexually abused her during a medical examination.

"It all started with him," she said, describing her daughter's downward spiral into drugs.

Nassar pleaded guilty to molesting females with his hands at his Michigan State University office, his home and a Lansing-area gymnastics club. He also worked for Indianapolis-based USA Gymnastics, which trains Olympians.

The Michigan attorney general's office is seeking 40 to 125 years in prison for the 54-year-old Nassar. The maximum represents a year for each of the 125 girls and women who filed reports of abuse with campus police. He already has been sentenced to 60 years in federal prison for child pornography crimes.

Olympic gold medalist Simone Biles on Monday said she was among the athletes sexually abused by Nassar. Another gold medalist, Aly Raisman, tweeted Monday that she would not attend the sentencing "because it is too traumatic for me. My impact letter will be read in court in front of Nassar. I support the brave survivors. We are all in this together."

Olympians McKayla Maroney and Gabby Douglas also have said they were among Nassar's victims as teens.

In November, he admitted to digitally penetrating 10 girls, mostly under the guise of treatment, between 1998 and 2015. As part of plea deals in two adjacent Michigan counties, he said his conduct had no legitimate medical purpose and that he did not have the girls' consent.

Nassar is scheduled to be sentenced in Eaton County in two weeks.