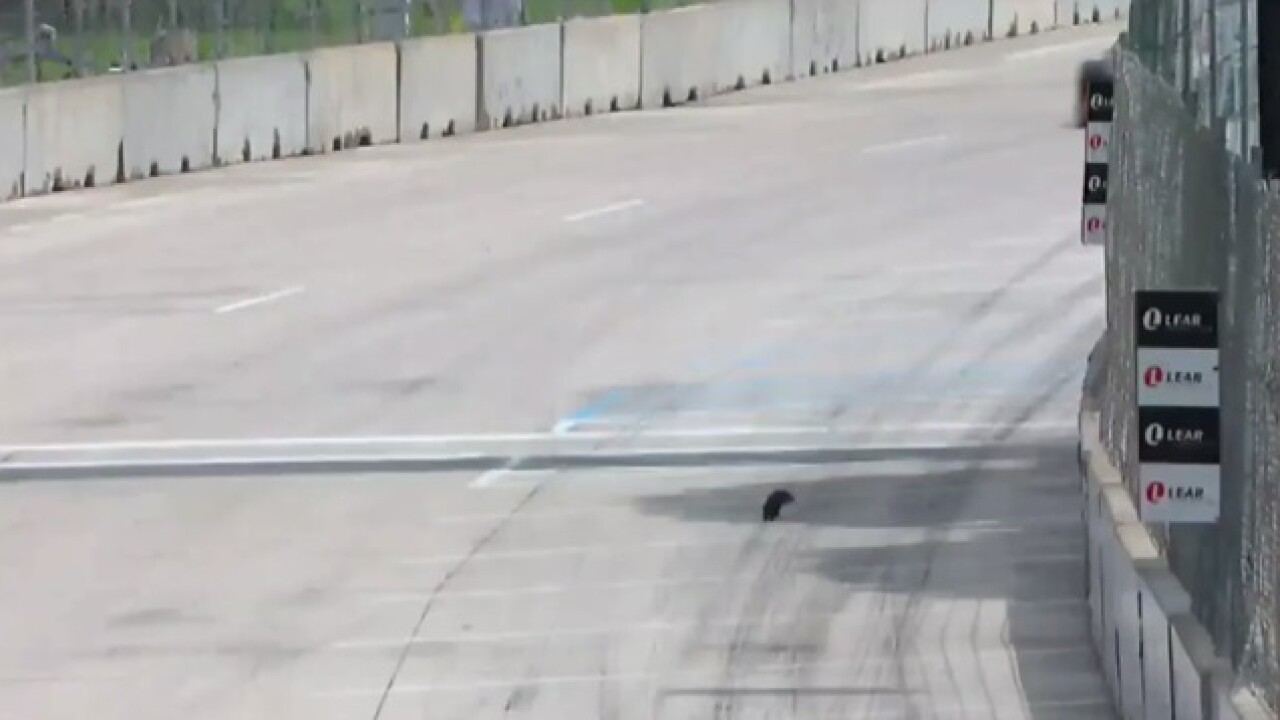 The Chevrolet Detroit Grand Prix presented by Lear kicked off on Friday with Free Prix Friday and one animal got a close-up view to a few IndyCars.

During first practice, a squirrel made its way onto the track and somehow, thanks to the drivers being professionals, avoided death.

In all, James Hinchcliffe, Matheus Leist and Gabby Chaves were able to swerve around the squirrel as it ran back and forth on the track. Check out the video below.

This isn't the first run-in with animals on this season's IndyCar circuit. A couple of weeks ago, a goose made its way onto the track during Indy 500 practice.