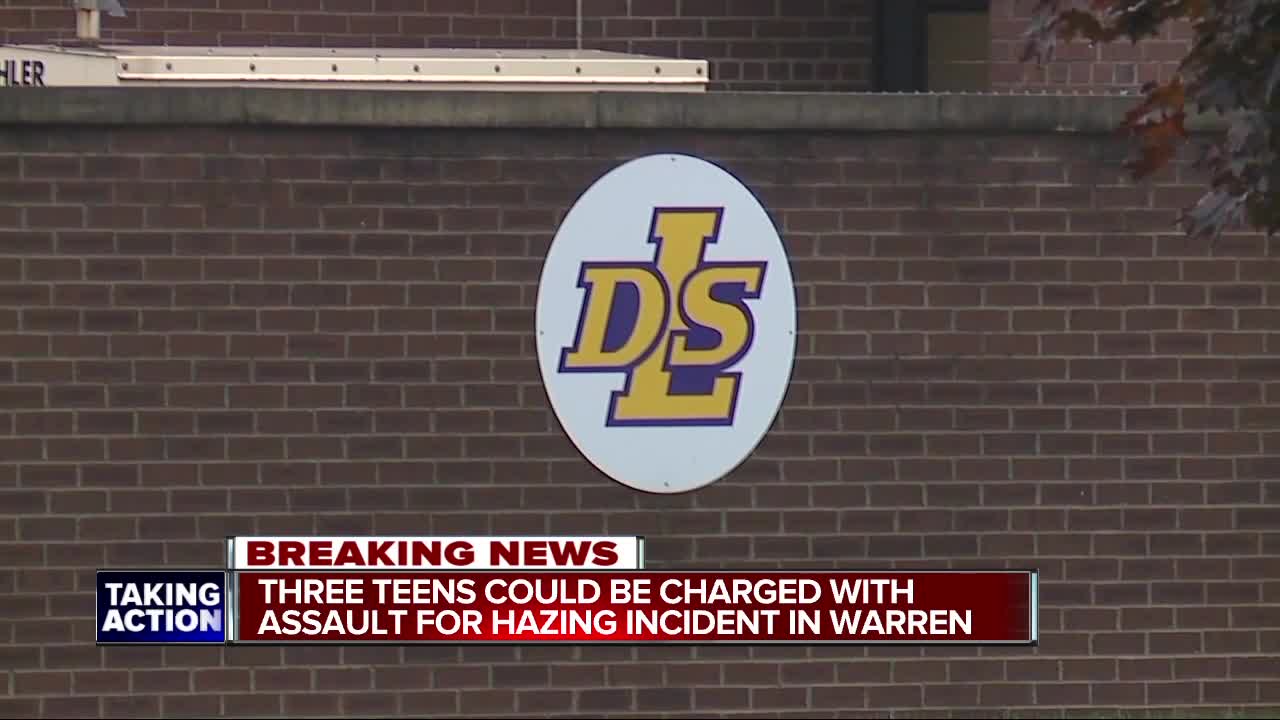 Earlier this month, Macomb County prosecutor Eric Smith recused himself from the case because one of the office's senior assistant prosecutors is a potential material witness in the case. That created a conflict of interest that "precludes us from making the necessary charging decisions on this case."

Warren Police Commission Bill Dwyer said it is still an active investigation and they are asking people to come forward with any information about the hazing that has happened at the school.

One 18-year-old, who was age 17 at the time of alleged incident on Oct. 19, could face being charged as an adult. The two 16-year-olds would be charged as juveniles.

The school announced at the beginning of November it was canceling its football season and forfeiting its playoff game after learning of the alleged hazing.

Hallman said he's not aware of who specifically is involved in the alleged hazing, and that most parents are not either. He told 7 Action News he believes the actions of few are affecting many.

“These are teenage kids. And I feel horrible for the victim, but there’s three kids that were involved in this and they’re the ones that should be held accountable," he told 7 Action News.

Out of 87 players on the team, investigators have interviewed 69 of them, in addition to six faculty members including the coach, athletic director and parents.