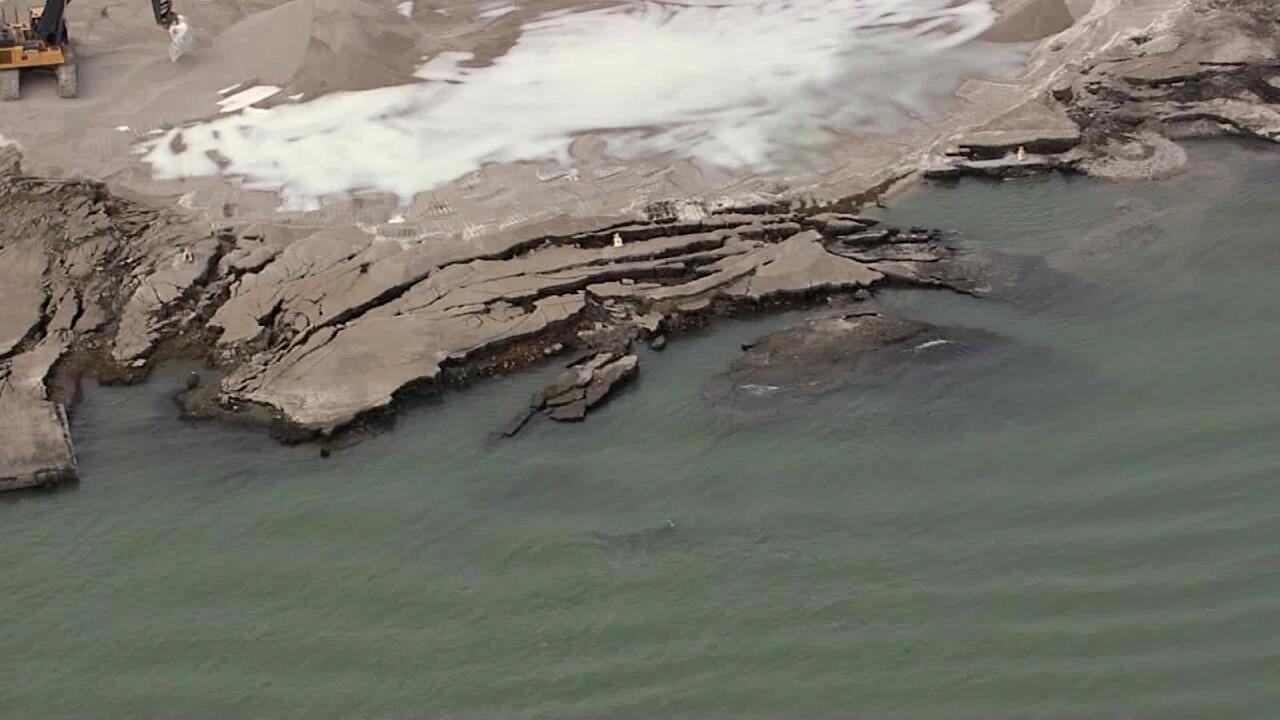 (WXYZ) — The state of Michigan said water sample tests taken near the site where a former radioactive dock collapsed into the Detroit River are clean.

According to the Department of Environment, Great Lakes and Energy, the sites were taken around the Detroit Bulk Storage spill site and found "contaminant levels were not detectable or well below water quality standards."

The three samples were expedited to a lab in Lansing, and were taken 2,540 feet upstream from the Detroit Bulk Storage site, directly in front of the spill area, and 1,040 feet downstream.

All test results showed no detectable levels of PCBs, uranium, metals, polynuclear aromatic hydrocarbons, and several other industrial pollutants, according to the state.

The state did say suspended solids and barium were detected, but at the levels were well below water quality standards.

On Friday, officials also took radiological readings at more than 1,000 locations on the site and found levels that were at or below normally levels that naturally occur.

Last week, the site that was used to produce radioactive materials during World War II collapsed into the river.