Still taboo? How to talk to your aging parents about handling their finances 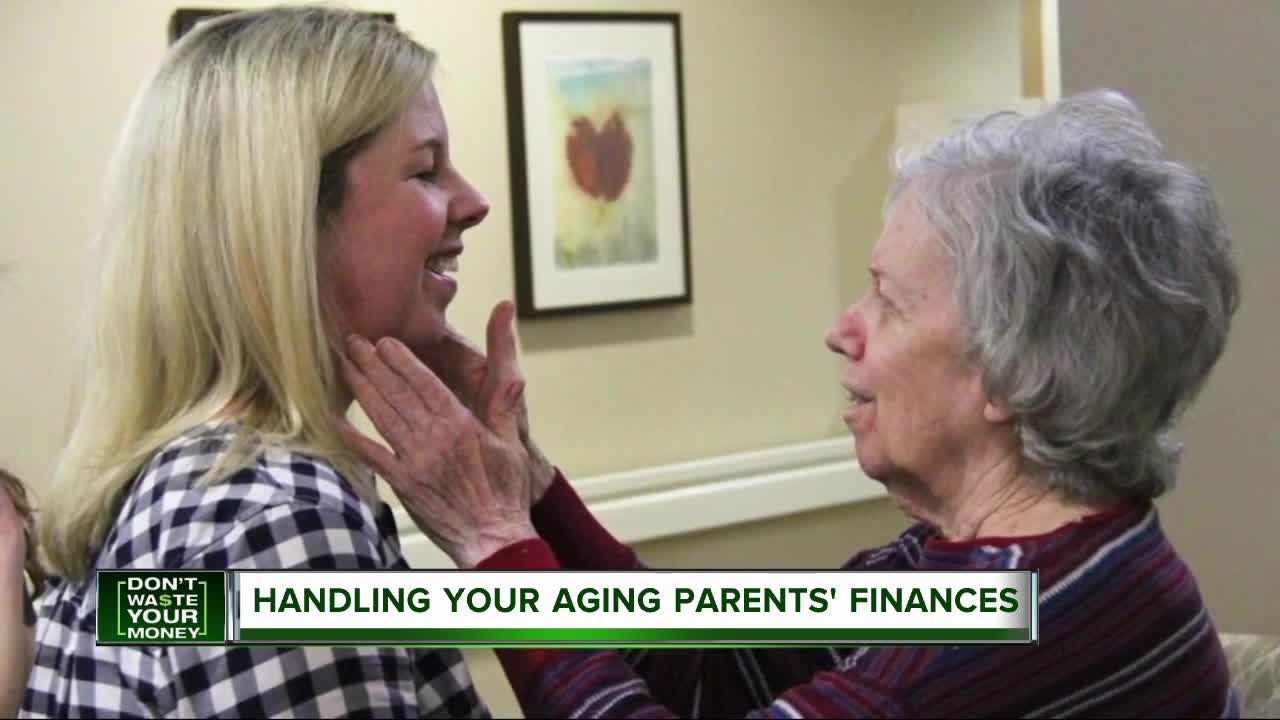 (WXYZ) — As parents age, one of the things their adult children often neglect to talk to them about is finances.

It's not easy to discuss but an essential conversation to have before an emergency.

One financial author is making it her mission to teach millennials and Gen X'ers about the best ways to talk to parents.

Cameron Huddleston remembers it like it was yesterday – memory lapses, her mother's health quickly deteriorating.

"She was diagnosed with Alzheimer's disease."

And as if that diagnosis wasn't hard enough, all of the sudden she found herself in a very uncomfortable and unfamiliar position.

"I had to step in and start helping her with her finances," said Huddleston. "I was trying to put the pieces of the puzzle together not knowing what the picture was and she was forgetting things."

Cameron said she waited nearly too long, almost losing her ability to intervene.

"If I had waited any longer, the attorney probably would not have let her sign those documents."

A delay – she realized – was the outgrowth of a cultural norm making it taboo for a child to talk to a parent about finances, ultimately leaving young people everywhere financially vulnerable when an emergency hits.

That's what drove her to write the book, "Mom and Dad, We Need to Talk" – it's a step-by-step guide on how to approach that sensitive subject.

Cameron says it's important to remain respectful, for instance, opening the conversation by asking for advice about setting up your own will.

"If they say 'I've done that I have the will', you say 'great, where is it? Where can I find it?' If they haven't then you start to ask more questions."

Getting them to initiate a living will and power of attorney are crucial. Both to protect their money and yours.

"If you don't have the legal documents that would allow you to step in and access their finances legally, then you can't pay their bills for them – unless you spend thousands of dollars – really it can be disastrous."

And while it could take awhile to get through to your parents...

"You might have to try a few different approaches."

If you don't try, you'll never get the information you need to help them when they need it most.