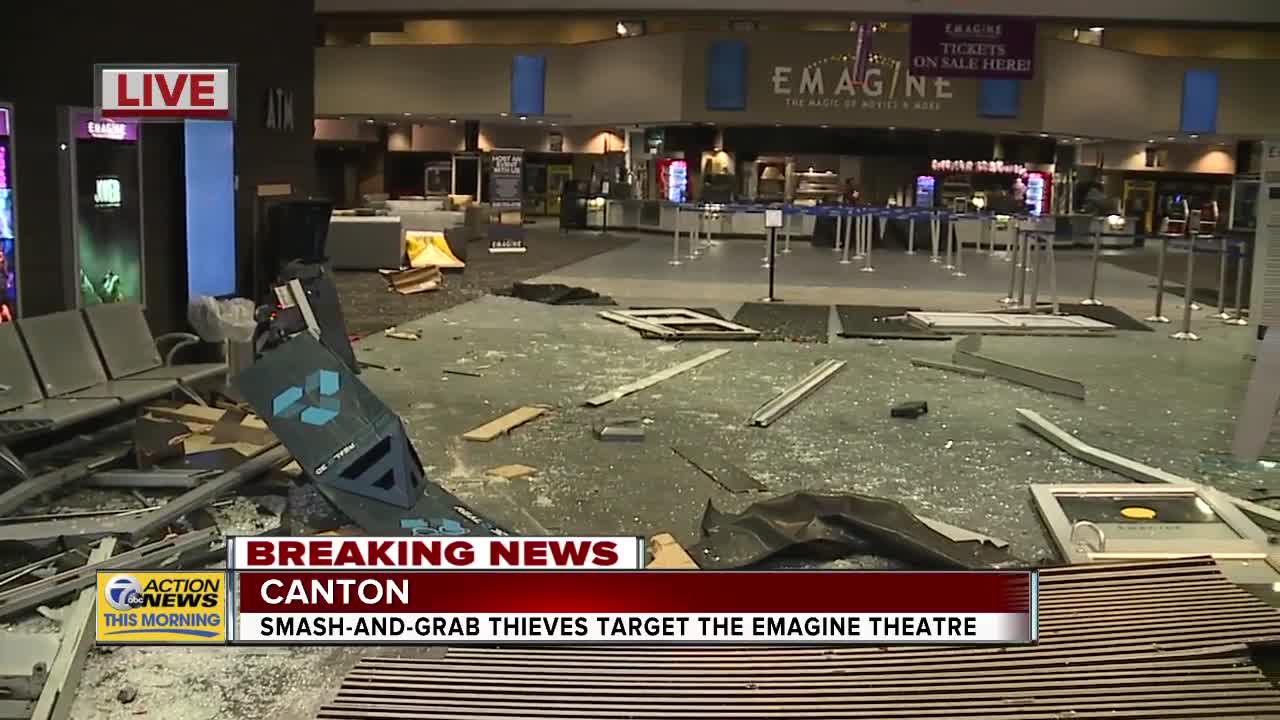 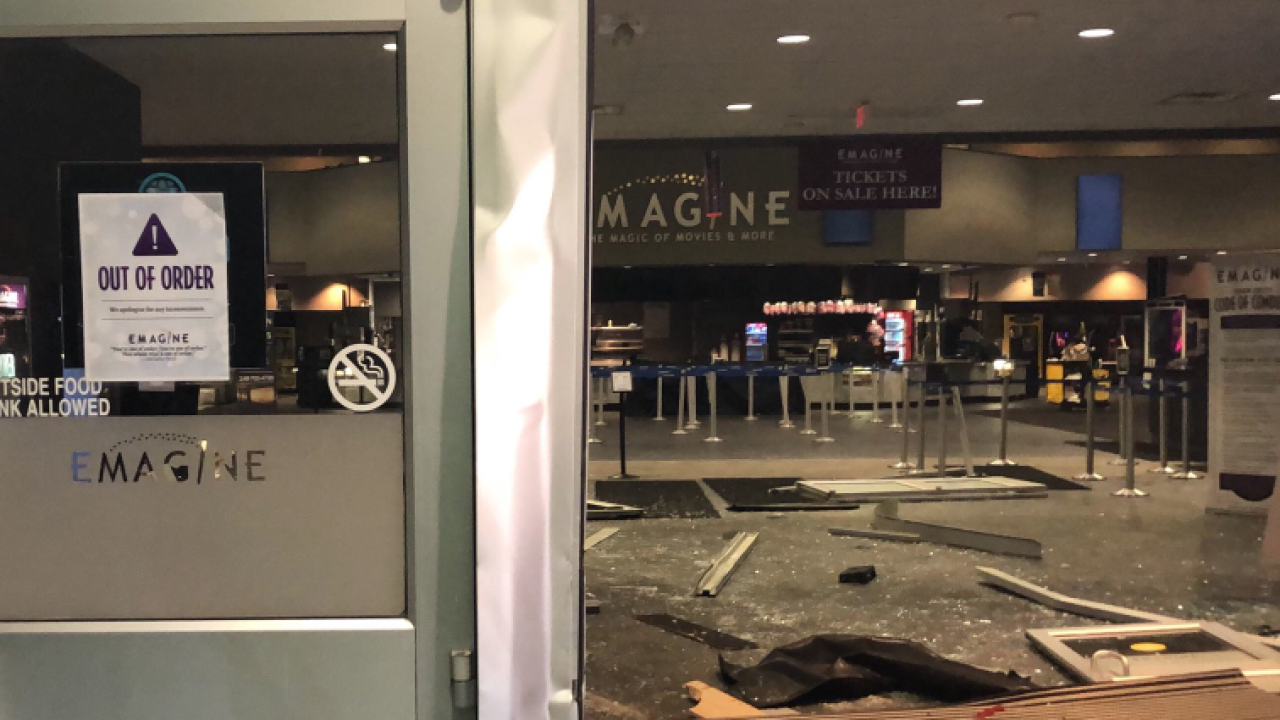 CANTON, Mich. (WXYZ) — Thieves stole a truck and smashed their way into the Emagine theatre in Canton early Wednesday morning. The theater was closed for several hours Wednesday, but has reopened.

A lieutenant with the Canton Police Department tells 7 Action News that a cleaning crew was inside the theatre located on Ford Road and called 9-1-1. They reported seeing a blue 2004 Dodge pickup truck used in the theft.

According to police, three men in the vehicle rammed the ATM multiple time until it split open, allowing them to make off with cash.

Officers at a nearby business recovered the pickup truck shortly after the smash-and-grab.

Canton @EmagineTheatres gets front doors rammed with a stolen pickup — police think that it’s a blue-green (teal) Dodge pickup. They kept hitting the ATM, until it opened. Cleaning crew witnessed it and called 911. @wxyzdetroit pic.twitter.com/V91rwEP55e

Police believe that the truck was stolen from a nearby apartment complex, but note that if anyone has spotted a vehicle matching their description with rear damage, that they should contact Canton police.

The theatre's general manager has been called to help police obtain the security footage.

A restoration crew was called in to board up the theatre and as of Wednesday afternoo, the theatre has reopened to the public.