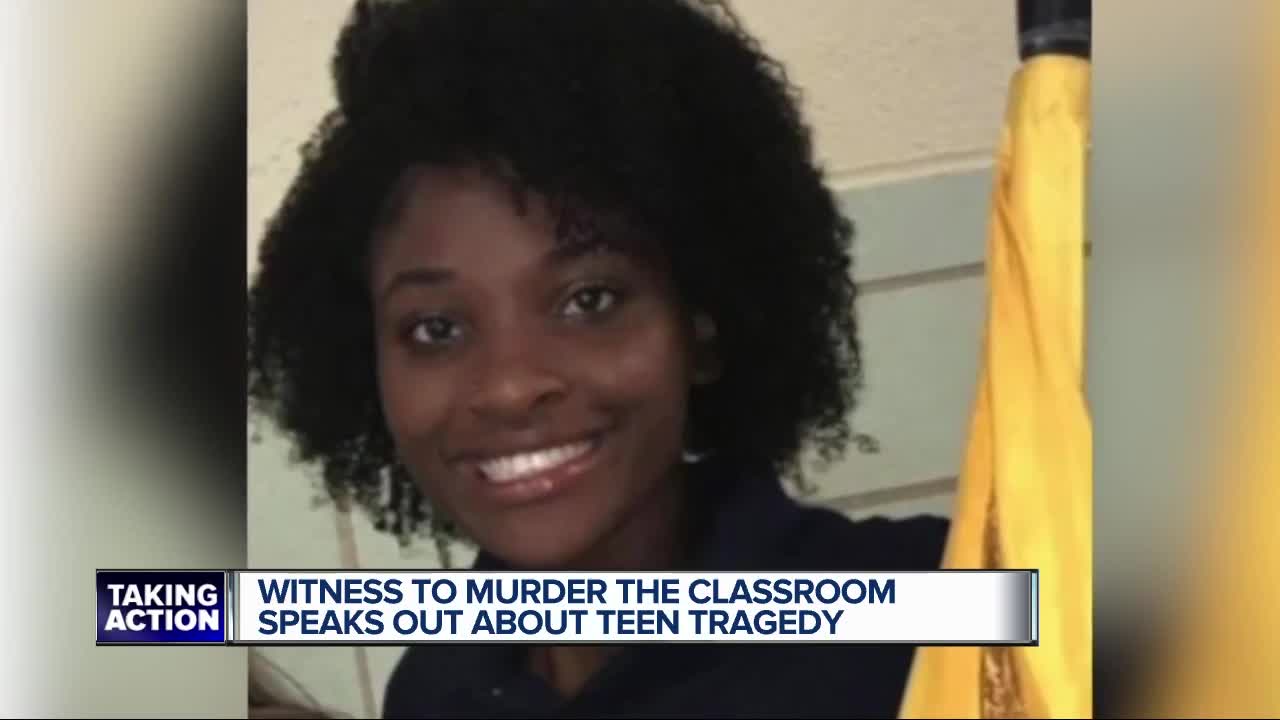 A 16-year-old student at Warren Fitzgerald High School was stabbed and killed on Wednesday morning, according to Warren police. 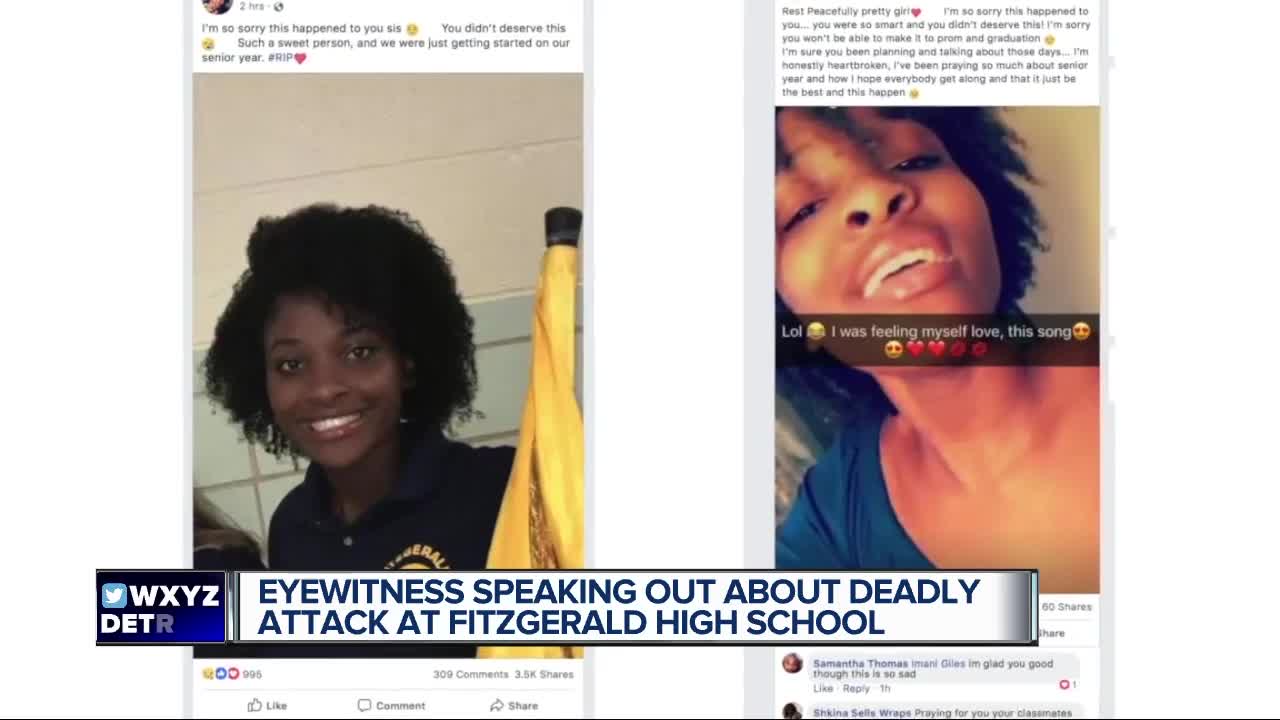 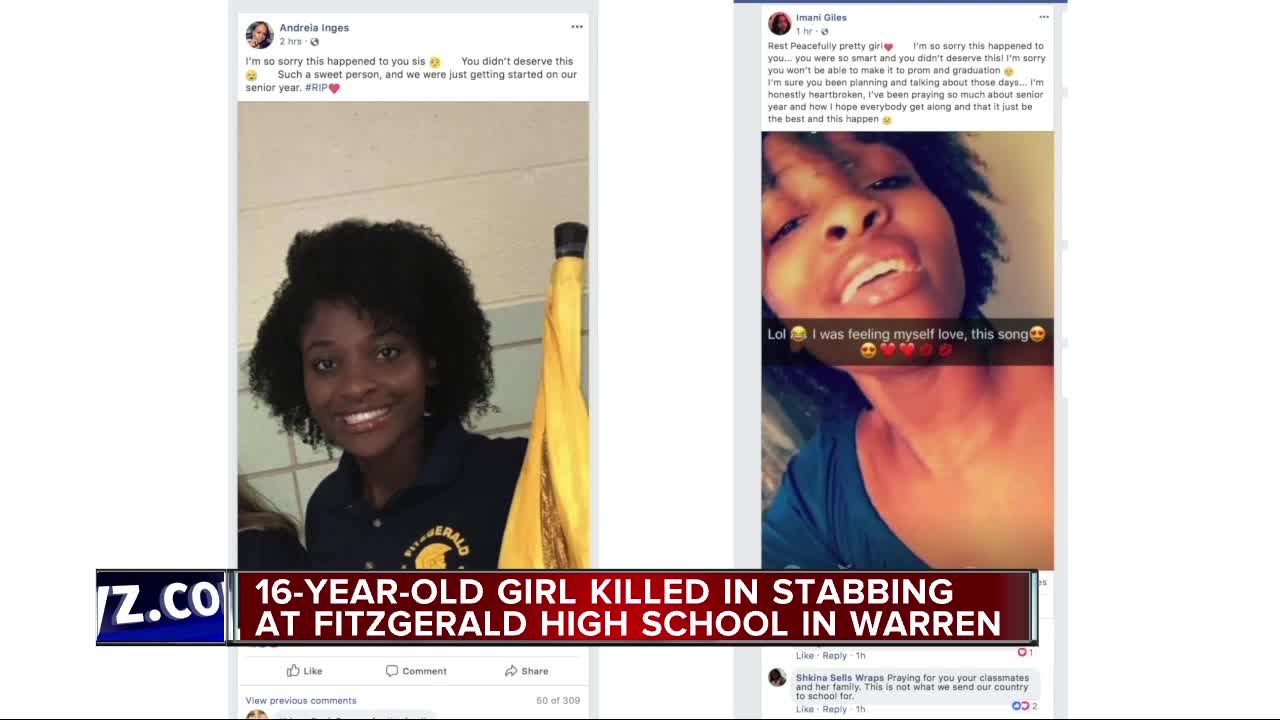 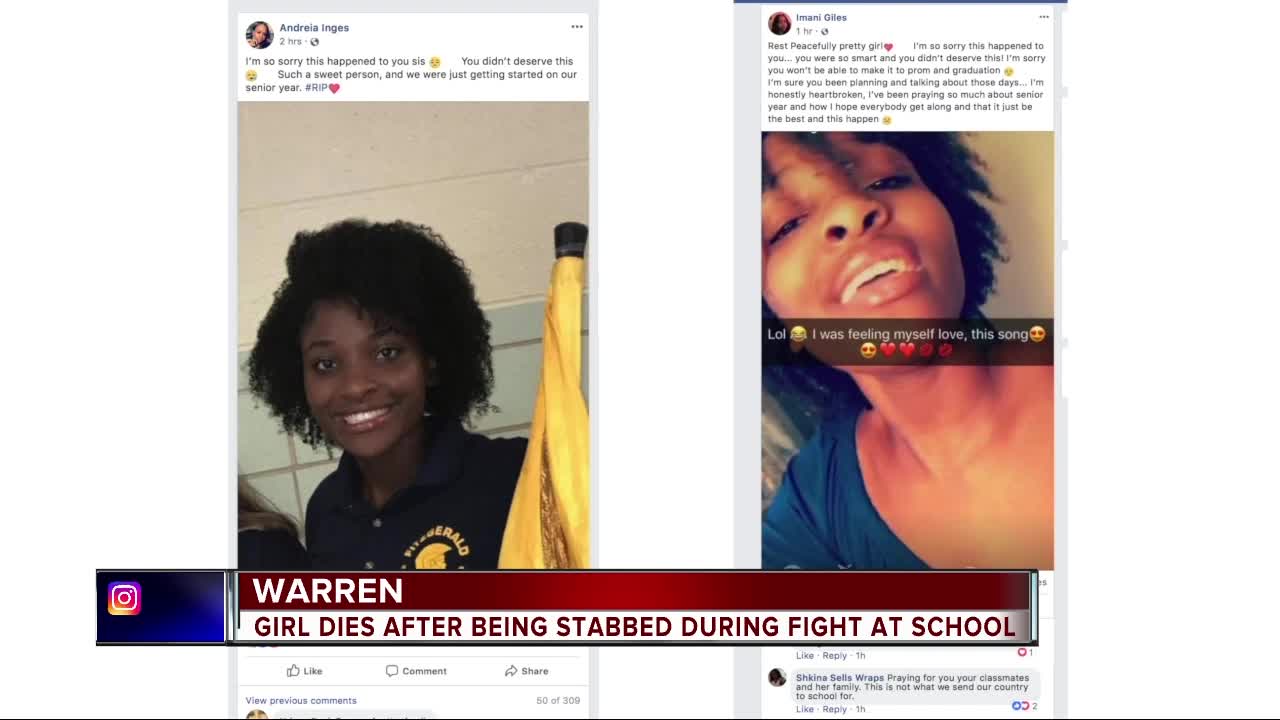 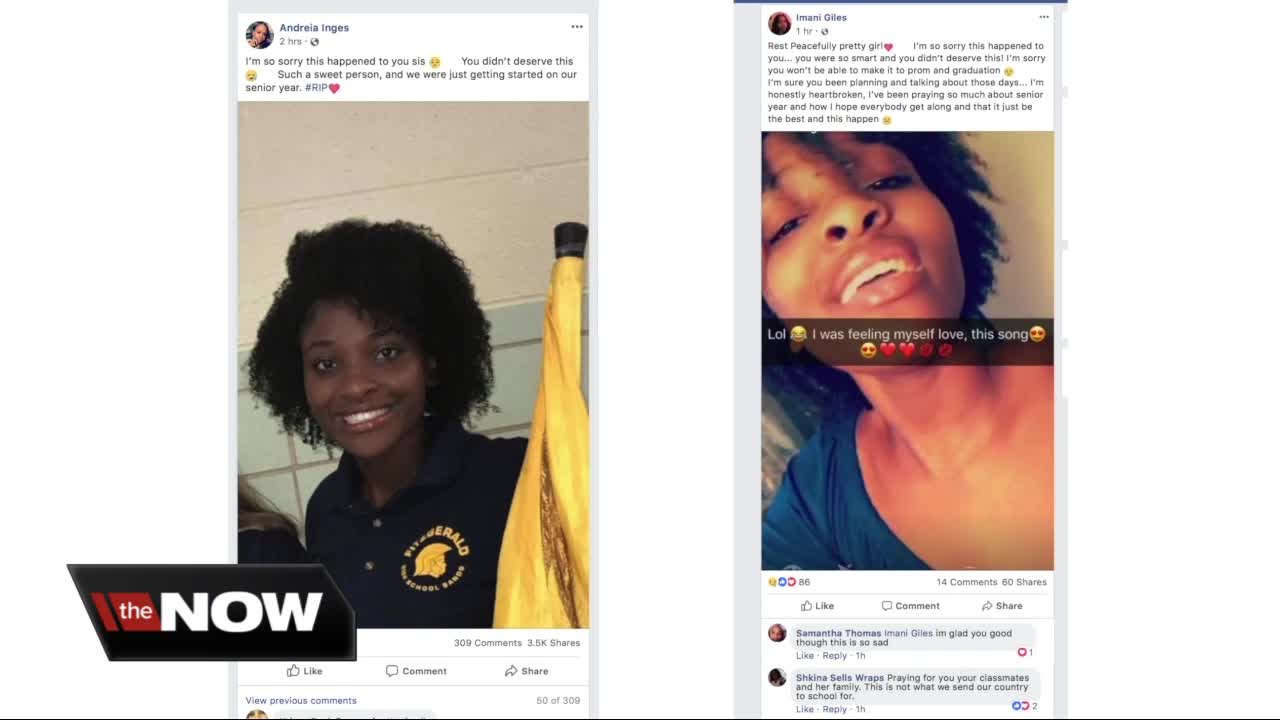 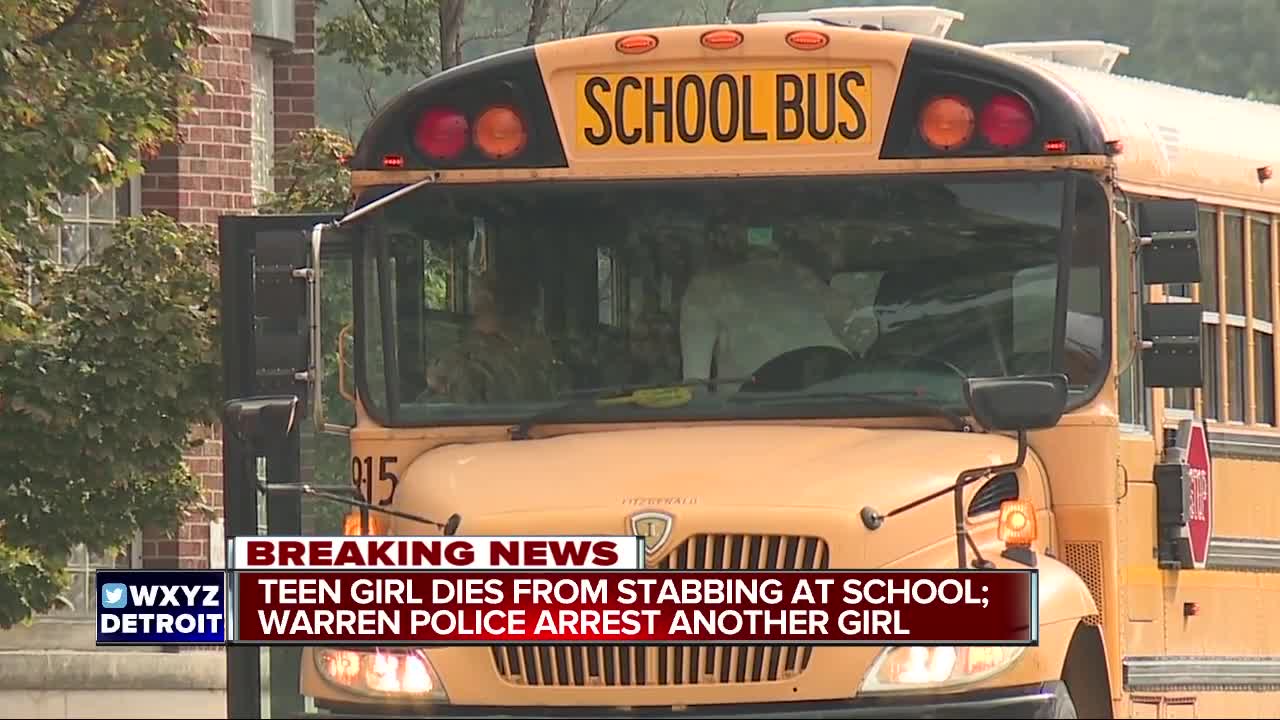 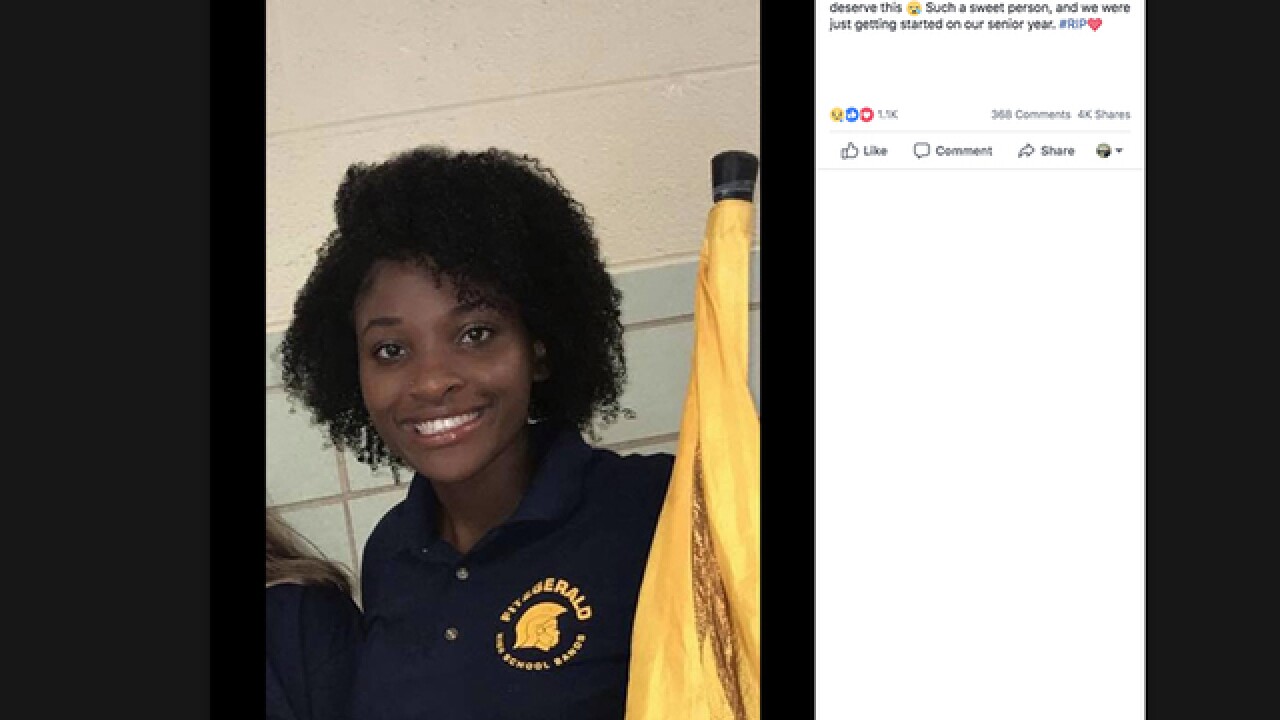 A 16-year-old student at Warren Fitzgerald High School was stabbed and killed on Wednesday morning, according to Warren police.

Police say a 17-year-old girl is in custody for the stabbing death. The two girls had known each other and had been friends, and were both straight-A students.

7 Action News has learned the victim is Danyna Gibson.

According to the Gibson's family, she was a member of the cross country team, robotics club, color guard, marching band and National Honor Guard Society, student council and generation of promise.

Warren Police Commissioner William Dwyer said there is a male student who is also involved in the incident, and it's possible that both the victim and the suspect had a relationship with the male student. He is cooperating in the investigation, according to police.

We're told the victim was stabbed twice in the chest.

“She was running towards me, she was screaming, and all I saw was the girl catch her and stab her in her chest,” said Francesca Pascua.

Francesca says she sits in front of Danyna during their economics class. She says Danyna tried to run away but ran into a group of students when the suspect caught up to her.

“All I just saw was her running trying to save herself, and that's when she stopped, and the girl grabbed her and stabbed her,” said Francesca.

Francesca says as Danyna collapsed to the floor, the teacher worked on getting the suspect out of the classroom.

“She ran out the classroom while the teacher was pushing her out and she was saying I’m going to kill you I am going to slit your throat she was saying crazy things and like running around in circles,” said Francesca.

A School Resource Officer was on hand quickly during the incident, and a teacher also came to the assistance of the officer that was administering CPR to the victim.

Dwyer said that they are asking for a murder warrant charging her with homicide, but the degree will be determined by the Macomb County Prosecutor's Office.

"This is the first type of situation we've had in the school district in the past 50 years," Dwyer said. "Officers can't recall a case where a student was actually murdered at a high school in Warren."

Superintendent Laurie Fournier released the following statement regarding the incident:

At approximately 8:30 a.m. this morning, we received a report that a Fitzgerald High School student had stabbed another high school student resulting in injuries. The alleged attacker has been arrested and is in custody. The injured student has been transported to the hospital. The high school is on lock down until further notice. We will share updates when they are available. Please note the safety of our students and staff is our number one priority.

Students were dismissed for the day around 10:30 a.m. Dwyer said the school would be closed both Wednesday and Thursday.

A vigil is planned on the high school football field for 1:00 p.m. on Thursday.