Study: Michigan is one of the hardest states to vote in 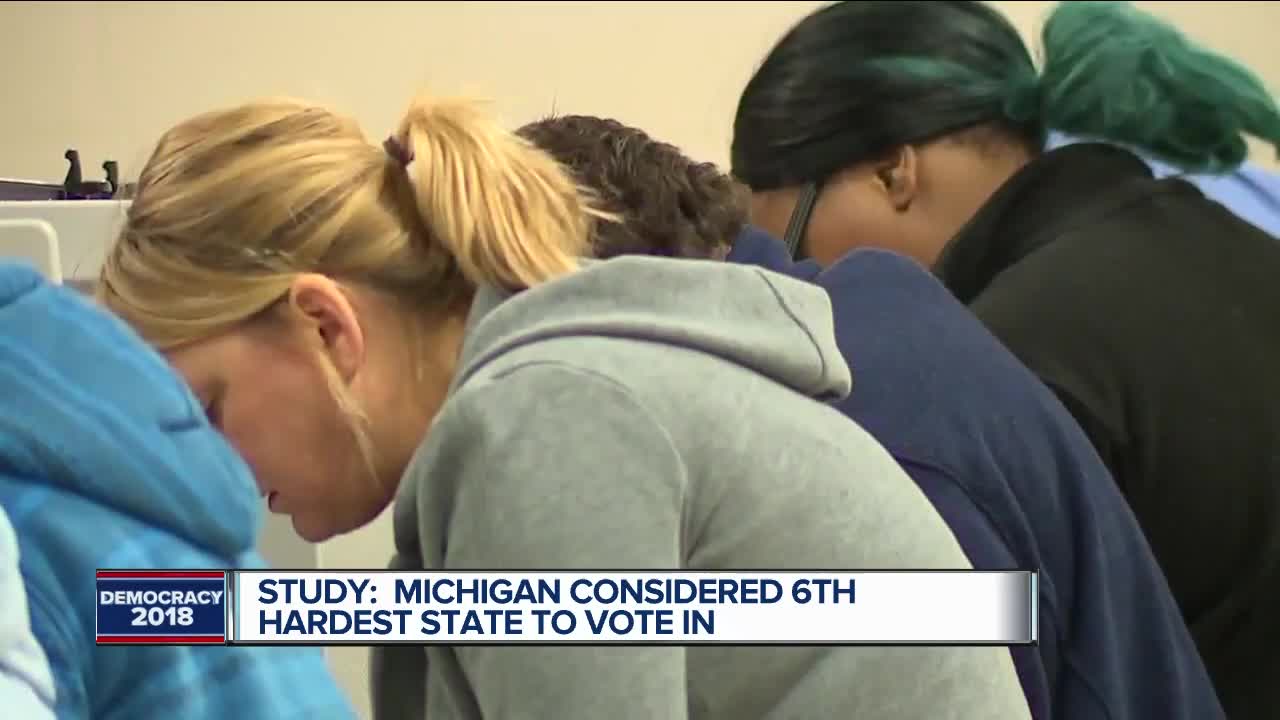 A new study by Northern Illinois University looked at the hardest and easiest states to vote in. 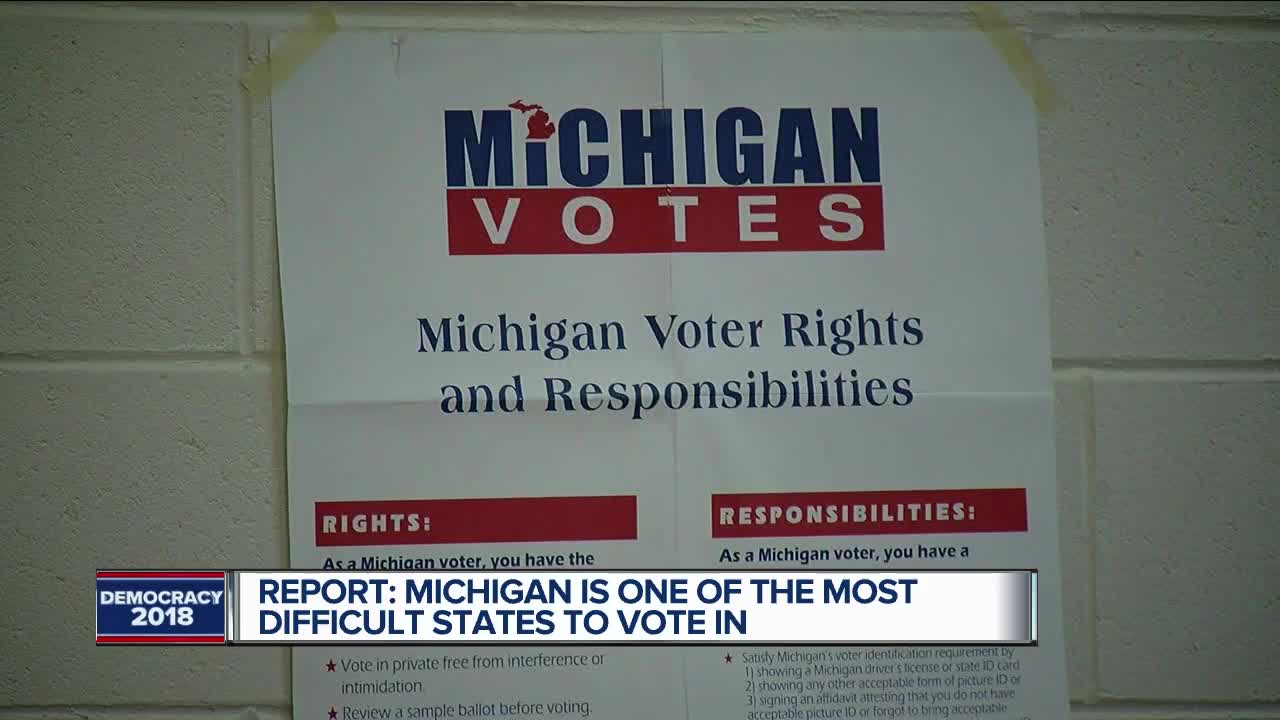 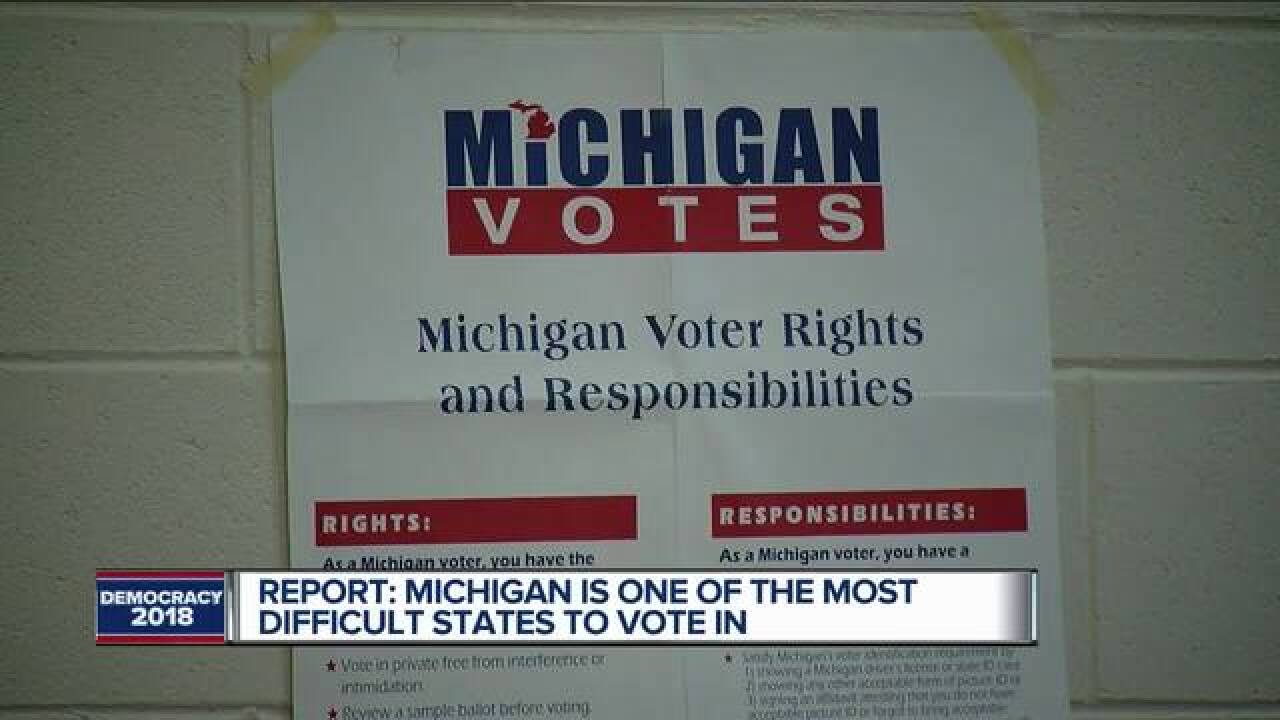 A new study by Northern Illinois University looked at the hardest and easiest states to vote in.

The easiest states were Oregon, Colorado and California.

While Michigan doesn’t allow early voting, people are allowed to send in their absentee ballots.

We spoke to Troy City Clerk Aileen Dickson and she says more people are getting the absentee ballots in early.

She says they already have more than 12,000 ballots, calling this a presidential turnout.

“We are actually very excited about the turnout being as high as it is because that means more people are getting out and exercising their rights and that’s what we’re here for,” Dickson says.

Dickson says they try to make it as easy as possible for voters by using social media and the media notices.

She encourages voters to check with their city clerk who, by law, must be open the Saturday before the election.

If you’re going to the polls, Dickson says go between 9 a.m.-12 p.m. or 1 p.m.-5 p.m. to avoid lines and be prepared by checking the resources available on your city's website.