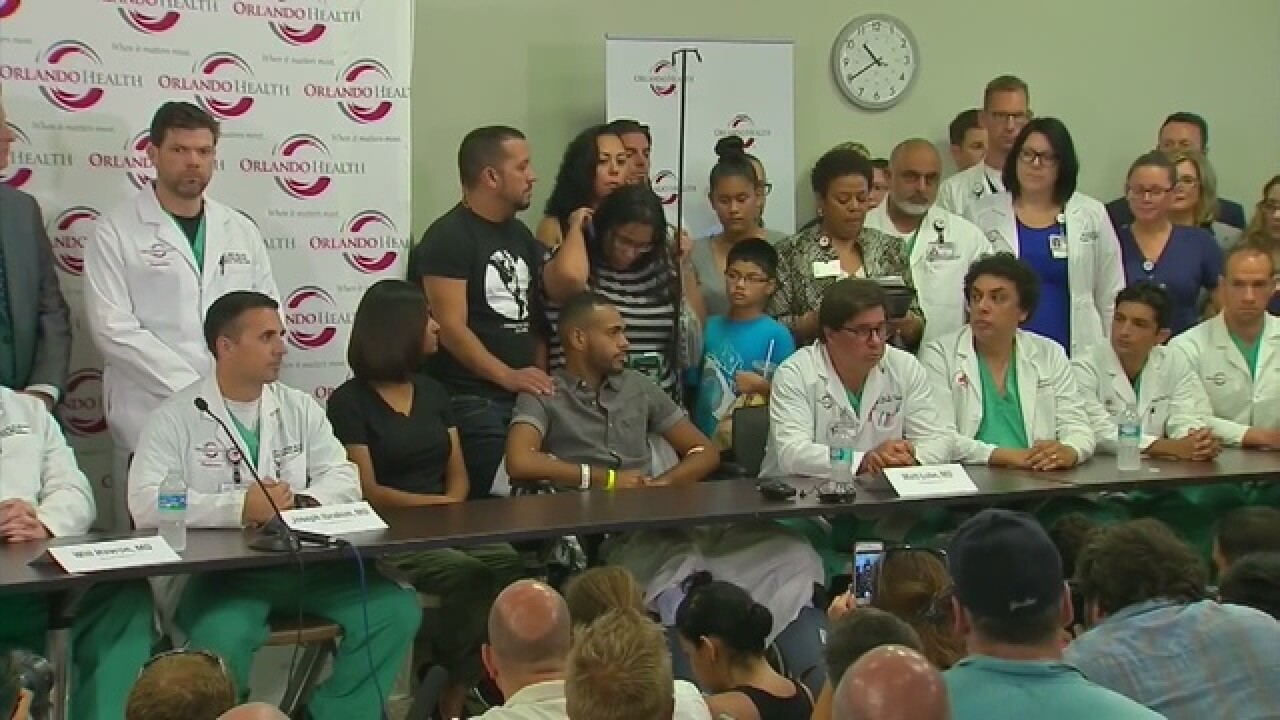 A man who survived the nightclub shooting in Orlando says he thought "I'm next, I'm dead" as the gunman fired toward his head.

Angel Colon described the horrific night he survived during a news conference on Tuesday at the hospital. Appearing in a wheelchair with the doctors and nurses who treated him nearby, Colon talked about what happened early Sunday at the Pulse nightclub.

He says the gunman shot a girl next to him and then shot his hand and his hip. He says he pretended to be dead and the gunman kept firing his gun.

Colon says at times the gunman was shooting people who appeared that they had already been killed.

He thanked the hospital staff and said "I will love you guys forever."

During the news conference, Dr. Michael Cheatham of Orlando Regional Medical Center said six people wounded in the Orlando nightclub shooting are "critically ill" at the hospital and another five patients are in "guarded" condition.

Cheatham says 16 patients at the hospital are in stable condition.

The people were wounded when a gunman opened fire at a gay nightclub early Sunday.