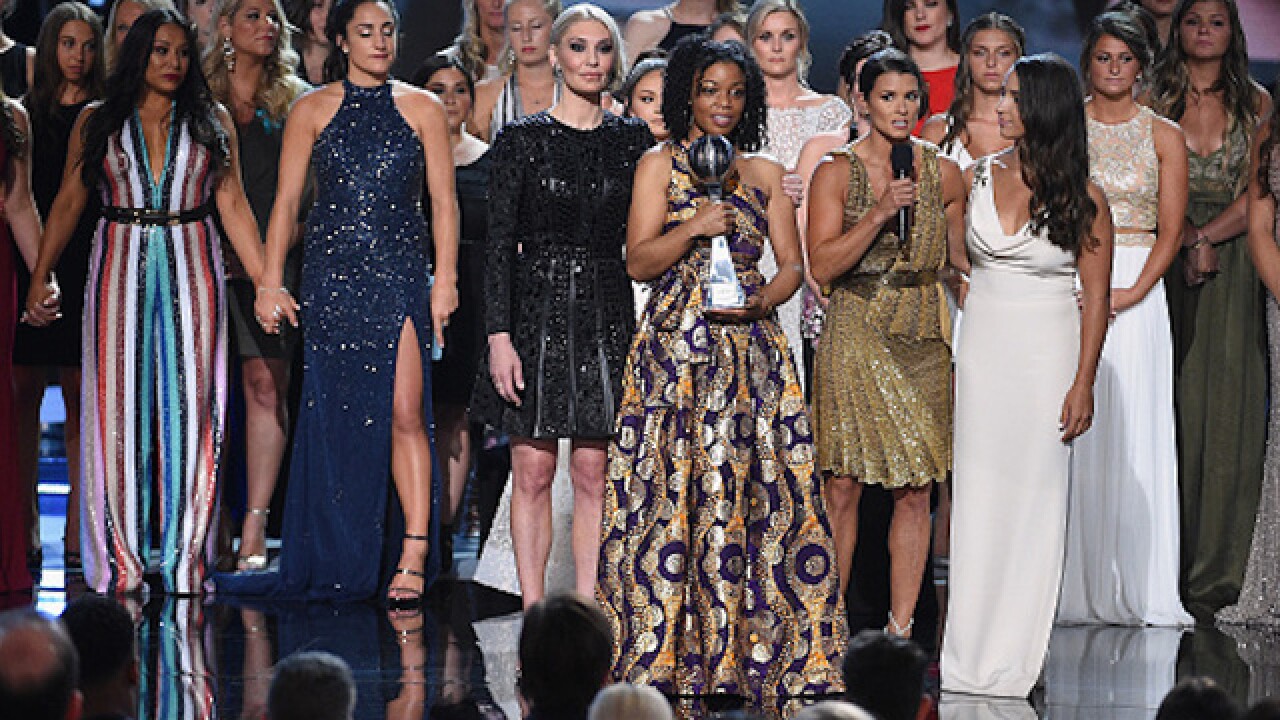 The website is called " In Our Own Words," and on display are currently 156 victim impact statements from survivors of Larry Nassar's years of sexual abuse.

"Not because of this, but I have grown as a person and become stronger," reads a testimony from Chelsey Zerfas. "I am a survivor. Here I am today facing my abuser. I'm finally being heard. I'm no longer hiding my story."

Heartland Independent Film Forum created the site with sponsorship from The Michigan Daily, the University of Michigan's student newspaper.

The website contains over 1,400 pages of unabridged victim impact statements from court proceedings, according to a media release.

Each impact statement lists the survivor's name or the word "victim," along with a number for those who chose to remain anonymous. Statements include the date each testimony was read, and some include the age the victim was first abused by Nassar.

The welcome, posted on the homepage of the website, explains why it was created: "We are developing a place on the internet to show the courage of the girls and women who were abused by Larry Nassar."

The statements, containing emotional and detailed recounts of Nassar's abuse, are contrasted by tranquil photos of nature that are attached to each post.

Also included at the end of each statement is Judge Rosemarie Aquilina's summary to each survivor.

"Our aim is for this to be a resource for the victims, for the families, for researchers, for journalists, for the public and for others who unfortunately recognize these stories as similar to their own, to help them come forward in a way that these victims were initially unable to, because of the reputation and standing of their attacker," the website states.

On Thursday, Nov. 8 at 7 p.m., some of the survivors will attend a launch event at Ann Arbor Library to speak about the launch of the website.