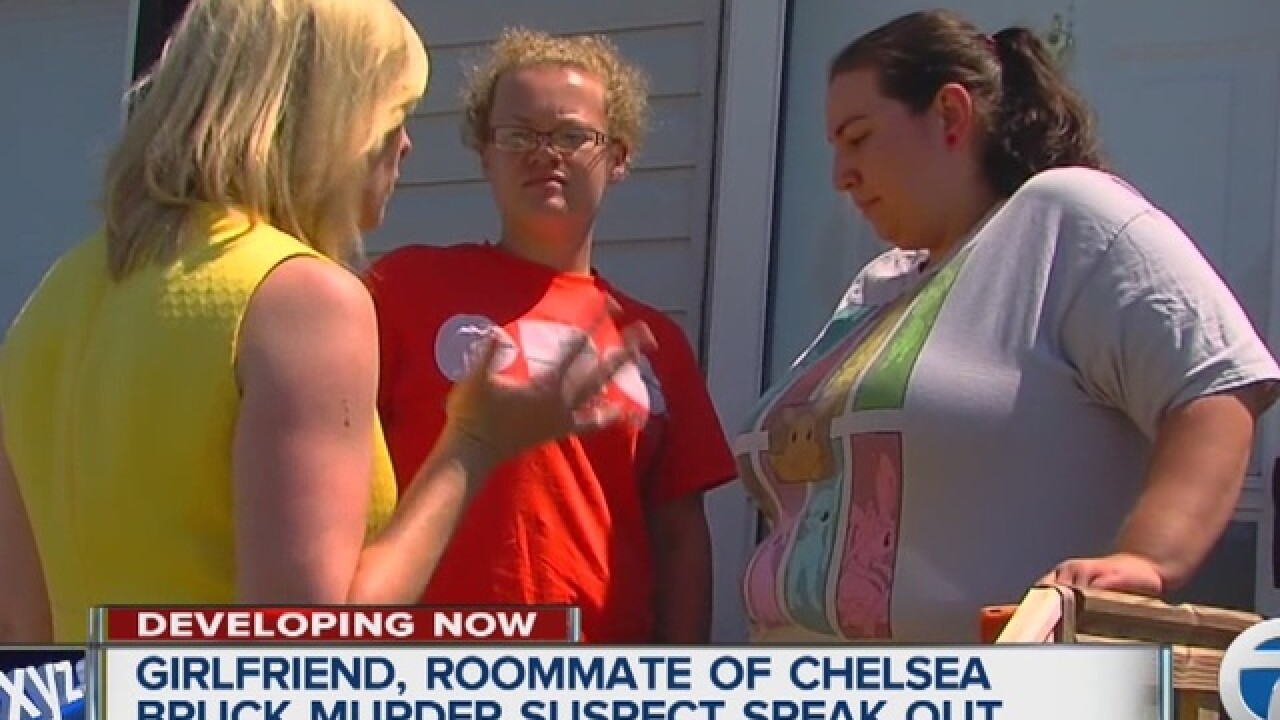 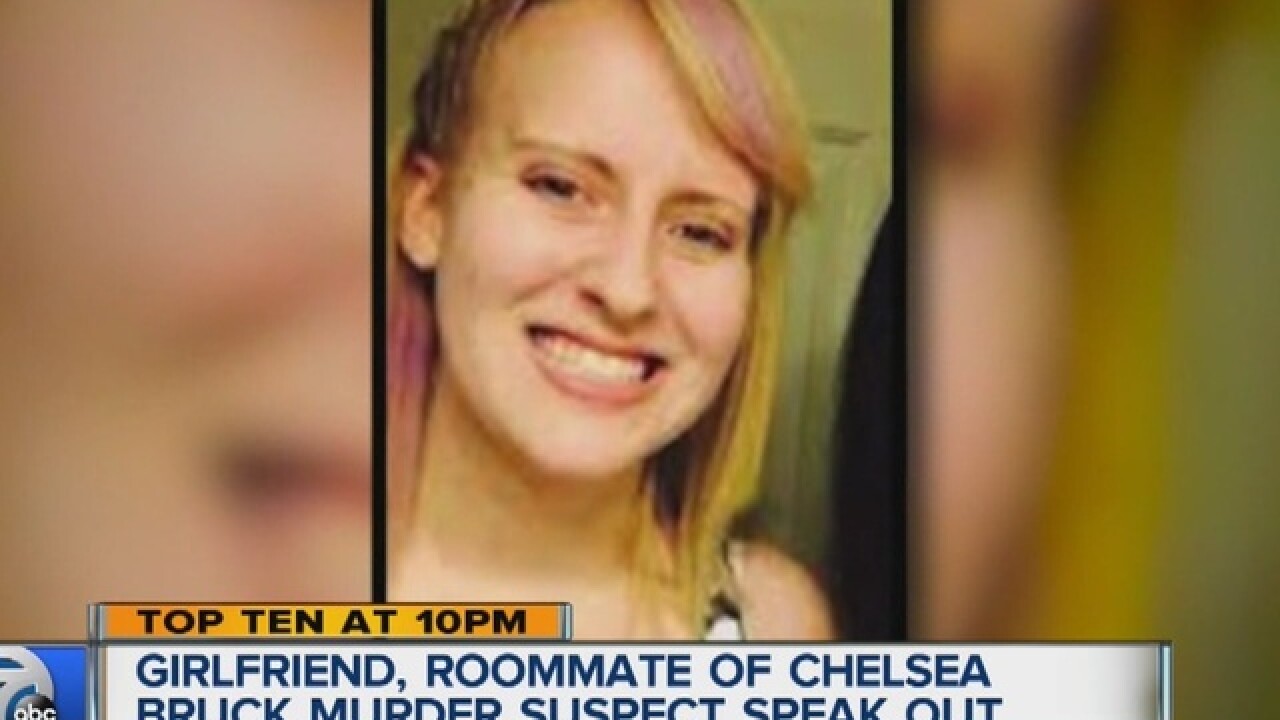 Kelli Richter's boyfriend is sitting behind bars. He's a suspect in connection with the murder of 22-year-old Chelsea Bruck, the young Newport woman who disappeared from a Frenchtown Township Halloween party in October 2014. Bruck's remains were found 6 months later in Ash Township.

In a press conference Friday night, Monroe County Sheriff Dale Malone said the suspect revealed information during an interview that only the killer would know.

This afternoon, the suspect phoned Richter, his girlfriend, from jail and told her it was all an accident -- that Chelsea Bruck died during rough sex, she says, and he just freaked out.

Now the two women who have been living under the same roof with him are freaked out.

The suspect's roommate, Deanna Boring, tells 7 Action News she was home when police came to arrest the man. They searched the home and found items belonging to Bruck in a backpack.

"I'm thankful me and her are all right," Boring said referring to herself and his girlfriend, Kelli Richter. "We're not the next ones that it happened to."

Bruck disappeared from a Halloween party in Frenchtown Township on Oct. 25, 2014. The 22-year-old's body were found in a wooded area in Ash Township nearly a year later on April 24, 2015.

"I've been non-stop crying, I can't eat, I can't sleep," Richter said before she had spoken with her boyfriend. "I don't even know what to think anymore."

Both Richter and Boring do believe he was arrested in Bruck's murder.

"It's just so scary because you know, we were left with him and who knew what could happen," Richter said. "I was with him every night for the last month."

Over 600 people were at the Halloween party when Bruck disappeared, and last year, police said they had interviewed nearly 200 people and followed up on more than 900 tips regarding the case.

According to Monroe County Sheriff Dale Malone, the sheriff's office was given information from the Michigan State Police Crime Lab that connected the suspect to the investigation. After doing surveillance on his home, he was arrested just before 3 p.m. on Friday.

Malone said the suspect revealed information "that only the killer would know," during an interview with deputies on Friday afternoon. Information he gave to deputies was not given to the public, according to Malone.