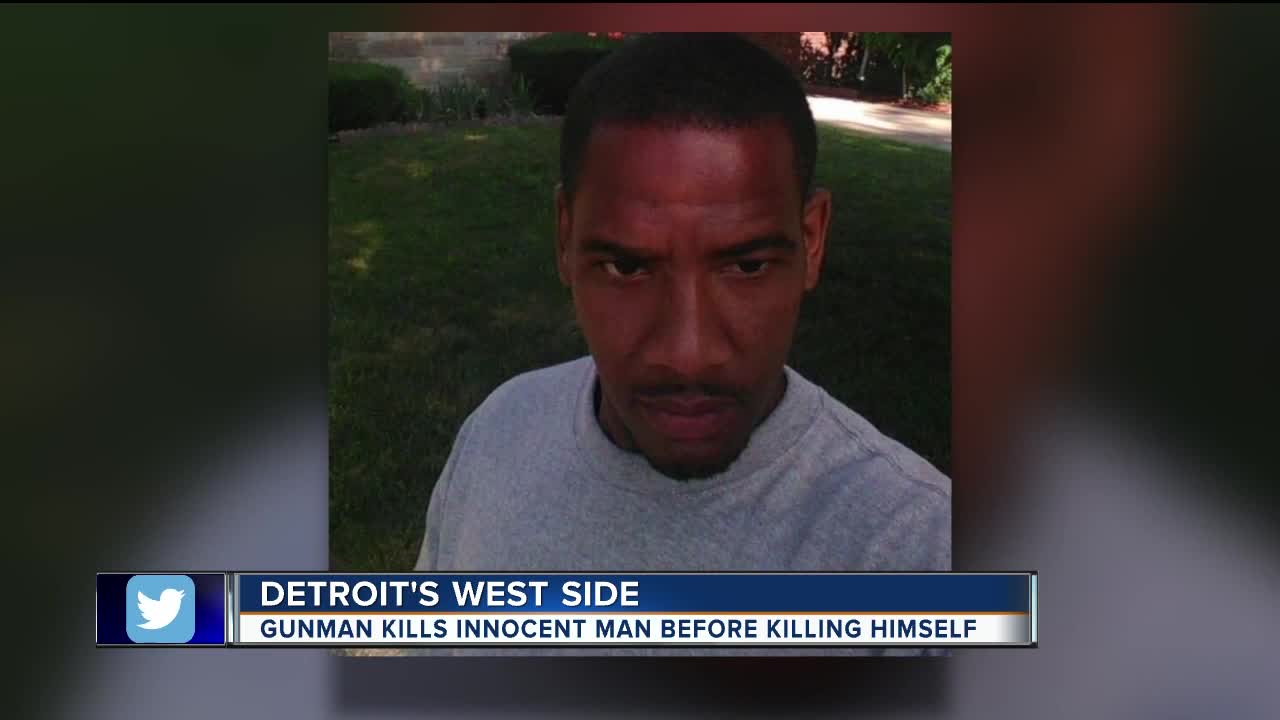 Detroit police say a man walked into a Detroit gas station on Monday morning, murdered a random man and then turned the gun on himself.

DETROIT (WXYZ) — It happened Monday morning around 9:45 in broad daylight. The Mobil Gas Station at Fenkell and Greenfield was busy, filled with customers.

A man suddenly walked in. Witnesses told police the man made no sense as he went on an angry rant yelling at the clerk and customers. He ordered customers to leave. They did. Someone called police. Police were on their way, when a man, who didn’t realize what was happening, walked in to the gas station.

“He was in the wrong place, at the wrong time,” said Barbara Early of her nephew DeMarco Early.

The 36-year-old had no way of knowing that a man with a gun was having a mental break down inside. That man then shot him four to five times, before shooting himself police say, killing them both.

“He was distressed. Something was going on in his head. And this is the action he took,” said Capt. Michael Dicicco, of the Detroit Police Department.

“He was just randomly walking up to the gas station,” Capt. Dicicco said.

“The police and everybody, just keep my family in your prayers,” Barbara Early said.

Early was recently married. Early's widow is expecting their child, and a GoFundMe account has been set up to assist with donations and funeral costs here.

Police did not release details on the identity of the man responsible for the murder-suicide.