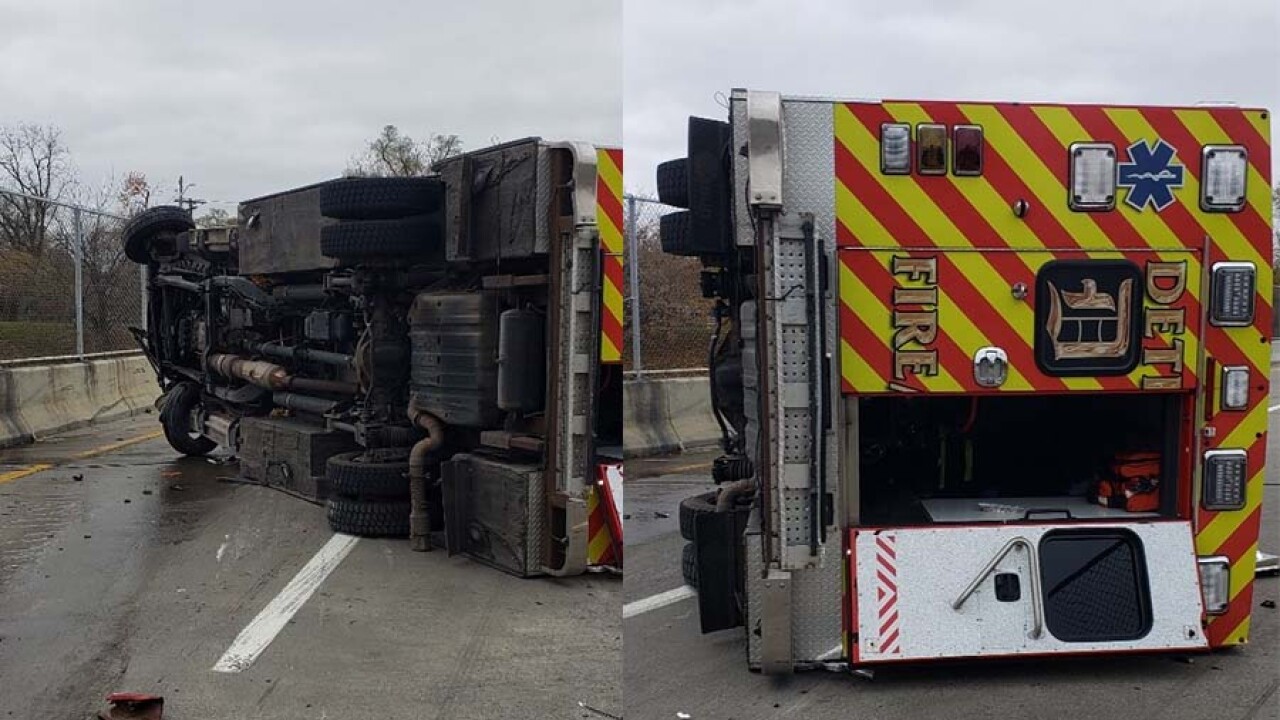 The theft happened around 2 p.m. The 31-year-old suspect allegedly walked into a fire station at Wilkins and Russell near Detroit's Eastern Market and got into an EMS truck. He then drove the rig through the fire department's garage door before hitting a car on Davison, which was occupied by a 21-year-old woman who is now in stable condition with an arm injury.

Detroit police were able to catch up with the suspect at I-75 and Eight Mile Road where the rig was flipped over on its side. Police say the suspect attempted to make a turn while heading north on I-75 at the Eight Mile exit, and lost control, flipping the truck on its side.

The suspect was arrested and taken to a hospital and listed in stable condition.

The emergency vehicle is worth $250,000. Police add they haven't uncovered a motive for this incident.